Not DT's best by far, but still a very listenable and excellent album which draws upon many influences past and present 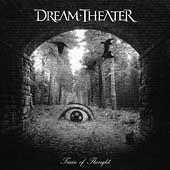 Dream Theater's eighth full length release (if you count A Change of Seasons) really turns the volume up a notch.... or two..... from their previous offerings. The official lineup has at least stayed consistent over the past three albums:

Yet, DT has yet again, digressed from what you would expect, and taken influences from all over the place to craft another unique album. As with a seeming tradition, over the past two albums, DT opens this album as a continuation from their previous album "Six Degrees of Inner Turbulence" which I find quite cool for fans as they albums seem to flow into one another from end to beginning.

The breakdown of the songs:

Obviously, upon first glance, without ever hearing a word you would think that this album has strayed from DT standard and been influenced with Mike Portnoy's excursions with Neil Morse (Testimony Album) and become overtly religious themed. That couldn't be further from the truth. While DT tends to have religious implications their songs never preach about religious themes at all. In fact, this is one of the few albums they have produced that has 2 or 3 swears in it (which almost earned it a parental advisory label). Anyways, lets take the album song for song:

As I Am: An obvious attempt at a radio song (even though it's a bit on the long side). As I am is probably the worst song of the bunch. The lyrics are about resistance against manipulation (probably from record labels) which is ironic because this song is the most mainstream sounding of them all.... with James Hetfield (Metallica) impressions and all.... The only cool thing I found about the song was the interesting use of lyrical "bounding" from line to line which adds even more to the catchyness. Overall, it's a catchy song which is good for an opener and radio song, but can't touch the goodies that follow...

This Dying Soul: Petrucci's guitar kicks into overdrive on this one as the opener flows right from the end of "As I Am" , yet this song is actually a continuation of "The Glass Prison" from "Six Degrees of Inner Turbulence" and contains parts V and VI. Again, this song is about addiction and substance abuse. The guitars are very 'crunchy' on this one and the repeating hooks are just spine tingling. James does an A+ job on the lyrics here.... I simply love the flow of the words and the great effort put into the singing on this one....And again, their influence are showing blatantly with Dave Mustaine (Megadeth) inspired singing around the 8:00 mark....Some interesting solos in here by both John and Jordan, but the best is yet to come... One of my favorites on the album.

Endless Sacrifice: I believe this song is about separation and sacrificing unity with someone for your dream, but your guess is as good as mine... Starting off slowly, this sounds like it's going to be another classic DT ballad. But, when the guitar kicks in, you are treated with the worst DT chorus in history..... There are some worthwhile parts, namely Jordan's solo around 5:00. The rest of the song has a nice pace and decent lyrics to it, but eventually feels like it's just dragging on and you'll long for this song to be endlessly sacrificed

Honor Thy Father: A very heavy opening with some fantastic drumwork by Mike, this song has a fast pace to it and you'll find yourself tapping along to the beat. Around 1:30 the music cuts with some atmospheric singing by James, and some symphonic jamming..... then comes...... the rap .... yes, I am ashamed to say there is rapping on this song.... Abeit is it short lived, I really wish they hadn't included this.... "Honor Thy Father" deals with feelings of displacement and anger in a broken home with child and step father. Lyrically, (aside from the rapping) this song is great and makes for a fantastically heavy and angry song. This song, both instrumentally and lyrically, could have very well been on DT's "Awake" album, as it contains elements from many of the songs from that fantastic album. Overall, a tremendous song, with top notch performances by all members of the band and a truly inspiring composition.

Vacant: A nice short, classic, sad DT song. Similar to "Disappear" or "Space Dye Vest". DT even brought in a cello player to add to the melancholy atmosphere. This song seems like it could have been taken directly out of their previous album's master centerpiece "Six Degrees of Inner Turbulence" about mental illness, and the resulting hopelessness... A beautiful song, but a bit out of place between so many heavy brothers....

Stream of Consciousness: "Vacant" flows directly into this instrumental, and quickly explodes with a reminiscent progression which seems to have been taken directly from "Scenes From A Memory" yet somehow spliced with new life.... Jordan's catchy piano solo around 2:20 follows throughout the whole album as Jordan and Petrucci play off one another. All the while Mike is crazily beating the crap out of his drums This song is a slow buildup of energy to the 3:50 mark where Petrucci plays the SICKEST solo I have ever hear from him (This even rivals Paragadim Shift IMO). This is really the highlight of the song for me, but not even close to the end of this 11 minute monster! Oozing with Liquid Tension Experiment all over it, this song is for the true fans and what we've all been waiting for. Even more surprising is that Myung's bass is actually discernible on this song, every expertly played note too! Filled with ingenious composition and lush mixing, "Stream of Conscious" is probably my favorite song on the album and you'll find yourself quite sad when it's over...

In the Name of God: Well, we've made it to the final song.... and what a song it is, all 14:16 of it! This song, while bearing the 'Name of God' is actually about religious abuse of power and the murder and slaughter that has gone on in God's name over the centuries... Again, Myung's bass is very clear throughout this song, and the heavy basslines are reminiscent of days gone by from the "Awake" album. I absolutely love the lyrics on this song, very powerful and flowing; James has done a great job on this album vocally and really improved over the years. Around the 6:00 mark I can hear echoes from "The Great Debate", but it quickly changes tempo again to an almost techno-ish interlude, and then..... MORE SOLOS! This is what we've been waiting for, the solos thus far are NOTHING compared to the ones on this song (even Myung, is going crazy in the background). A beautifully crafted song, and a fantastic end to a true heavy metal album.

Dream Theater never ceases to please me. Everytime I pick up one of their albums I can't put it down until every last song is played through (and then sometimes I have to listen again )... This time they have thrown down everything and worn their influences on their sleeve, yet never losing their trademark sound. You will hear many other bands (including past songs of their own) throughout, and while this may seem like ripping off someone's sound, it's really more of a tribute to the sounds of today and yesterday coming together for another adrenaline rush of DT goodness... I never thought they would be able to top "Scenes from a Memory" and then came "Six Degrees of Inner Turbulence", now comes "Train of Thought". While not their best work to date, this is the new DT. Some may not like it (as I did upon first listen). Now, nearly 10 times through I can safely say: THIS IS A DAMN GOOD JOB! Keep up the good work!
Review Page Hits: 0 today (157 total)
mediahook