If you want an easy to pick up FPS this is it. It doesn't hurt if you also like the movie. 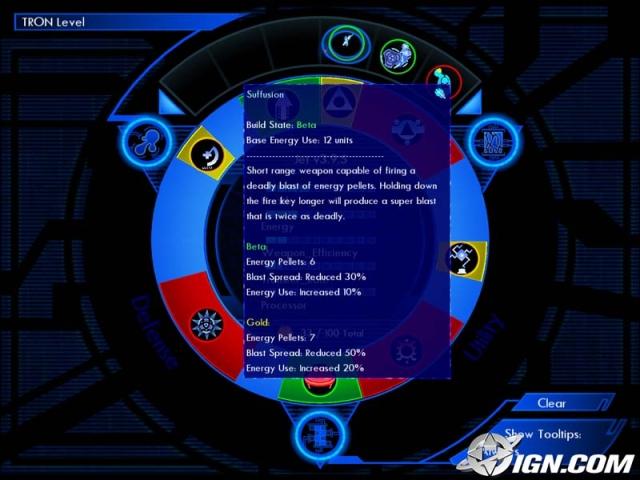 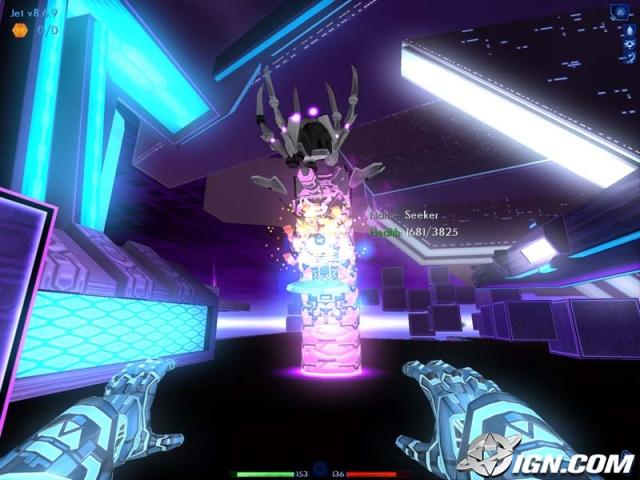 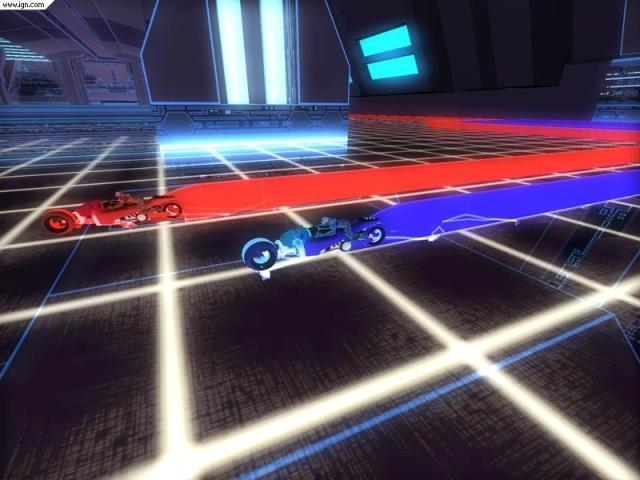 For anyone who watched the 80's movie, it made us think what it would be like to be inside a computer. Tron 2.0 is for those who wished it were them. This is not your typical first person shooter.

Gameplay
First off there are around 15 separate weapons ranging from grenade like items to infections ball launches. It has your standard sniper gun and missile launcher, but what makes this game really interesting is the fact that you are given a disc (Frisbee) that acts as a default weapon. But it can also work as a shield to block and deflect other discs back at their thrower. This creates a little different dynamic as it makes you less afraid to stick your head out. One area that needed a bit of work in this inventory system. It is a pain to switch your weapons and skills especially when you are in the middle of a fight. Also there is a disinfecting component of the game that if you get infected you have to clean yourself up, it really takes you out of the game while you are busy fighting an enemy.

Learning Curve
The controls are pretty standard FPS fare but that is a good thing. Even when there are jumping portions of the game you never feel out of control. This really helps as there are portions of the game when you are fighting a major boss and all the minions that they spawn. The levels are pretty standard with your escort missions, protect missions and your stealth missions. They are mixed up pretty well so you won't get too bored with one specific type. One area that I didn't really enjoy was the Light Cycle missions. Basically you are playing a big game of Snakes, where you have to get your opponents to run into your tail without running into your own. The first time this happens it was really fun but there are 3 or 4 levels in total where you must do this which is 3 to 4 too many.

Graphics
The graphics are really awesome. You are not going for realism here as you are supposed to be in a computer. I was able to run this on a fairly new computer without a dedicated video card and it ran flawlessly. I am sure you could run this on a laptop if it needs be.

Replay Value
There are these little upgrade bits that you can pickup and there are a 100 in total. If you didn't find them all you can play again and look for all of them. Also, there is a RPG element here so if you want to play the game more stealthily or more run and gun you can change your style.

Sound
The voice acting was pretty good and it actually felt like watching a movie. The weapons all sound very "digital" but I think that is because you are supposed to be in a computer. There are some assassins in the later part of the game that make some cool sounds and you can hear them running but you don't know where they are. It gives the game a cool creep factor.

Multiplayer
After I finished the game I tried out the multiplayer. Of course, for a game this old there wasn't anyone out there playing, at least not at the time I was trying to play it. But if you could get some people to play you can play both deathmatch and light cycle battle type of gameplay.


Overall, I would recommend playing this game as it is fun and well worth the time.
Review Page Hits: 0 today (358 total)
mediahook