Uncharted 2 May Be The Greatest Game Ever Developed 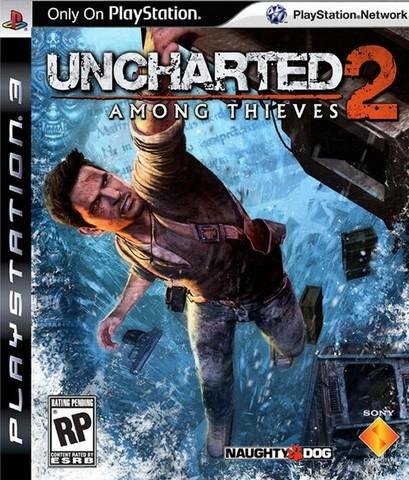 Uncharted 2 is the highly anticipated sequel to the incredible PS3 exclusive, Uncharted: Drake's Fortune. Uncharted 2 may just be the greatest game you have or ever will play. Read on to find out why.

We'll start with they story. Here's something that many games either care less about or have a hard time presenting efficiently. Uncharted 2 is seamless in its storytelling; it flows extremely well between cutscenes and gameplay, never taking your interest away. Many games have a confusing method of developing the story and delving into it's intricacies, leaving you to understand the story through text or audio logs much of time. Not here. The story never gets confusing, you always know what's going on, and you're always on the edge of your seat. Uncharted 2 follows unlikely hero, Nathan Drake, on his quest to find Marco Polo's lost fleets and the mythical Cintamani Stone. Recurring characters will appear, as will new characters that actually add to the well-crafted story line.

The single player experienced is just unmatched. There are more than five scenes that will leave your jaw on the floor. You'll have to pause the game shortly after to wonder if you actually just played through that or if it was a cutscene. The shooting aspect is spot on and feels much like the first Uncharted. So fans of the original surely won't be disappointed there. Some favorite guns are back again as well as a slew of new guns including the Pistole; the hand gun that fires shotgun shells. Yeah, that gun's a lot of fun. Platforming is as easy as ever and equally exciting.

The graphics are flawless. From the moment you have to make your way out of a falling train to village in the mountains, you'll likely be walking (or climbing) around just enjoying the view. Cutscenes and gameplay mesh together smoothly with no noticeable change between the two. Take your time with this one - its sheer beauty won't set in immediately.

The musical score in this game is worlds above most Hollywood films these days. The perfect accompaniment to the suspense, action, and emotion. The second the title theme hits, the score will help set the tone.

The gameplay is absolutely wonderful. Just a blast. Switching from gun fights to platforming to puzzle solving to taking cover, you'll be having lots of fun. Choose the way you want to take on the horde of fearless enemies; sneak up from underneath them and pull them from a ledge, sneak up behind them and break their neck, snipe them from a distance, fist fight them, take cover and pick them off one by one, or just run in firing and throwing grenades like a mad man; it's up to you. The ONLY minor complaint I would have is that the cover aspect can be slightly clumsy at times. Really, it's a tiny, tiny complaint and almost doesn't even deserve mentioning.

The multiplayer can be summed up in one word: fun. I really haven't had this much fun in a multiplayer mode for a long, long time. There are plenty of modes to choose from. Three modes of cooperative gameplay, plenty of competitive modes including objectives or simply deathmatch. I won't get into the multiplayer, because the single player experience is where this game truly shines. Don't think that means the multiplayer is something to scoff at, though, quite the opposite. Every aspect of single player plays smoothly into the multiplayer aspect. Climbing, taking cover, sniping, stealth, etc. is all there. Uncharted 2's multiplayer may not appeal as much to the hardcore Call of Duty fans or Halo fans, but the casual gamer will be able to enjoy the hell out of themselves online. There are also TONS of upgrades you can buy from earning money in single player and multiplayer, adding to the already immense replay value.

Uncharted 2 gave me feelings I have never gotten from video games before. It brought me back to childhood in the best possible way and I truly felt that I was along for the adventure. Uncharted 2 is not simply a game, it's an experience - and one that no PS3 owner should deny themselves. Simply put, Uncharted 2 is the greatest game I have ever played, and probably will be the best you will ever play as well.

If you don't have a PS3, buy one now; no one can afford to miss this milestone of a game and experience. Uncharted 2 gets an A+.