Uncharted 2: Among Thieves is one of the most impressive games I have played to date. As many critics have said, it is like "playing a movie". I concur with this statement. However, a few minor flaws keep this game from being perfect. 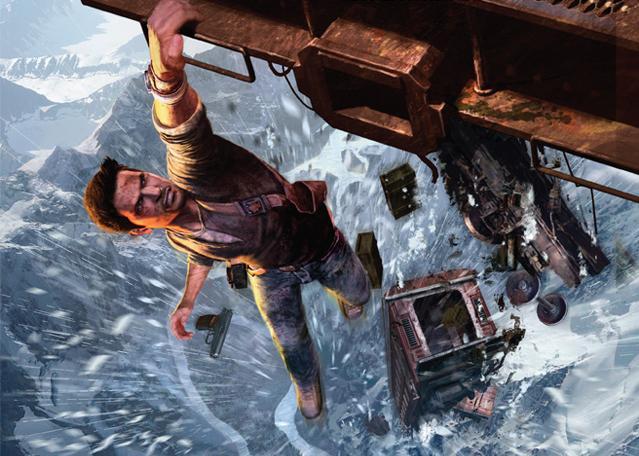 Uncharted 2: Among Thieves is undoubtedly one of the best video games ever produced. The graphics are impressive, the character detail is possibly the best I have seen since I began gaming, and the gameplay is very smooth. However, there are a few minor problems that keep this game from being an A+. The amount of enemies in a given battle can be overwhelmingly frustrating, and on top of that there are fewer checkpoints than needed during a battle.

The graphics in this game are impressive, but nothing you haven't seen before. They seem to be the typical next-gen graphics, which is not a bad thing. The only game that has noticeably better graphics that comes to mind is God of War 3. The developers did a nice job of keeping the background looking smooth. In some games, if you approach a background item, it becomes very pixelated and blurred, but in this game, the background maintains its good looks no matter how close you get.

The character detail in this game is unlike any other. The developers did an unbelievable job in detailing the faces of each character. All of the facial features move in sync when the characters talk and they seem enthusiastic about what they are saying.

The few minor flaws in this game shouldn't be enough to keep you from buying the game, but are prevalent enough to be addressed. In certain battles throughout the game, it seemed like there was a constant flow of enemies to the point where it is a bit overwhelming. The only other major problem goes hand in hand with the first one. Throughout the game, especially when fighting enemies, there seems to be a lack of checkpoints, but if you have a firm grasp of the combat system it shouldn't be too much of a problem.

The sound quality in this game is impressive. When a tense moment is happening, the accompanying music is tense. When a fast-paced action scene is happening, the music excites you. The developers did a great job intertwining the appropriate music with the appropriate moment. The voice acting is also very well-done. The actors did a great job in convincing you that they stood firmly behind what they said, not like they were being forced to say it.

On a scale of 1-10, I would rate Uncharted 2: Among Thieves' replay value at a 6. With a very linear story, the only thing that would keep you coming back would be the hidden treasures that you find throughout the game. I myself did not replay this game, solely for the purpose of getting to other games I hadn't played yet. If you truly enjoy the story and love the gameplay, you will definitely come back for more.

All in all, Uncharted 2: Among Thieves was one of the greatest games I have played since I began gaming. The game is perfect, except for a few minor flaws. If you have a PS3 and need something to play, go buy this game immediately.