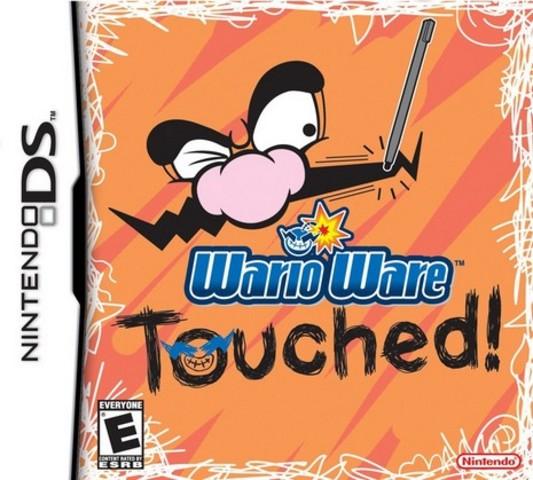 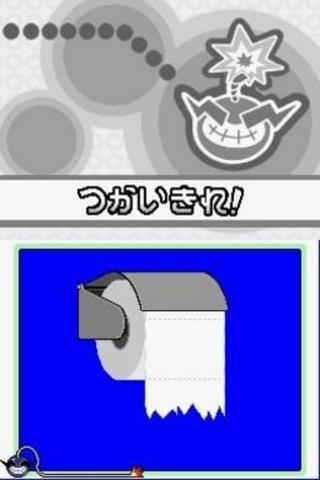 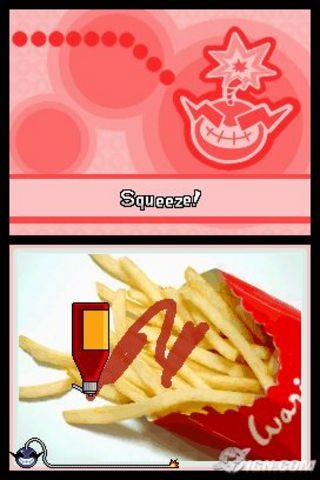 WarioWare touched for the DS is the second installment of the WarioWare series. For those who are

unfamiliar with the series the game consists of beating 20-30 themed microgames per character followed by a boss. Microgames are a 3-5 second simple task, such as tapping balloons with the stylus to pop them. Each game has a timer at the bottom in the form of a bomb and if you do not complete the task within the time you lose a heart.

Each character has their own touch screen theme such as tapping, slashing, drawing etc. All of the characters microgames will use a specific theme in their set of microgames, including their boss. The game starts out with 1 character but as you progress you unlock more and more characters and even some unlockables called "souvenirs."

The gameplay uses various touch screen microgames leading up to a boss. Even though there is different themes such as tapping, slashing, and rotating overall the gameplay is a bit too repetitive. The only break from the repetition is the character Mike. All of his microgames involve using the DS's built in microphone. The use of the touch screen and microphone are great but, would it have killed Nintendo to use some buttons or the control pad to add some variation? All and all though the touch and sound control seem unique at first, it becomes way too familiar. What else drags down the game is its lack of challenge. Few of the games stages have any challenge at all and just seem too darn easy. The game can be beat in under 5 hours. 8/10

The game has bright and colorful sprites and some microgames use 3D graphics showing the true power of the DS. Each microgame has its own wacky and goofy music which matches the feel of he game. 9/10

Sometimes after completing a characters course you unlock "souvenirs." These are items that are supposed to add fun to the game but very few actually are. They range from something as exciting as an arcade style minigame(not microgame) to a calculator or kitchen timer. Too many of them, however, are dull and boring. One souvenir is a ball in a tube where you blow into the microphone to raise it. I spent a long time trying to get it to the top and soon after felt light headed. The minigames are a blast though especially when trying to get the high score to unlock a new souvenir. 7/10

This game sadly has no multiplayer. This is big con since WarioWare is supposed to be a party game. The only multiplayer part is a souvenir where you turn the DS sideways to play ping pong, where one player uses the R button the other uses the L button. A big disappointment! 0/10

WarioWare: Touched is great fun and even though it has its faults, one just cannot describe in words how simply fun it is. If you own a DS and enjoy the WarioWare series than this is a must buy!