Great game, but takes a step backwards from previous installments. 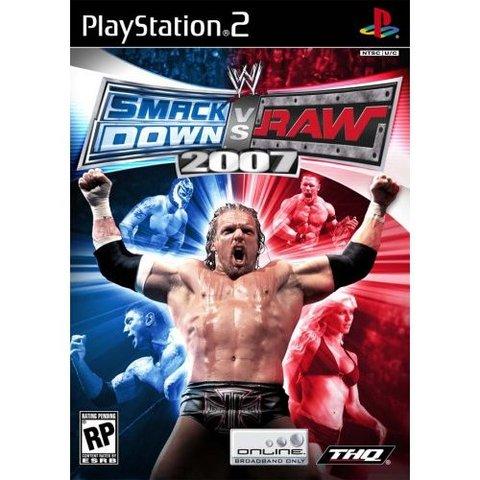 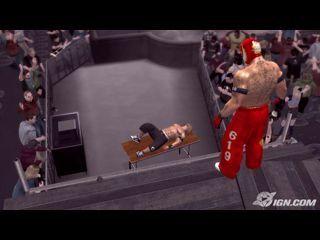 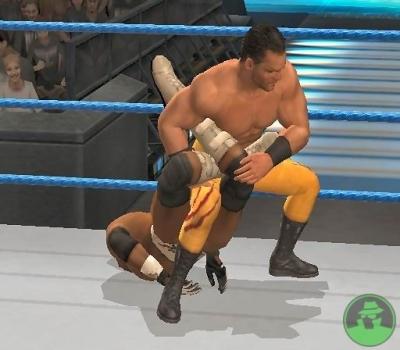 The day WWE SmackDown vs. RAW 2007 came out for the PlayStation 2, I called the local Blockbuster to see if they had it, and to my surprise, they did. I was surprised because usually they don't get new stuff in until like the end of the week or so, so I ran out and got it.

I am a fan of the WWE SmackDown! games, and each one has been better than the one before it, however, 2007 takes a step backwards from previous efforts. I believe they should have built off of WWE SmackDown vs. RAW 2006 and Here Comes the Pain as I think those were the two best SmackDown games in the series.

I understand that each installment is trying to be more realistic than the others, but as far as the controls are concerned, why fix what ain't broken?

I think they made SvR2007 a bit too realistic with their weight classes. I could be using a cruiserweight to try to take on a heavyweight, but when I go to kick them in some way, my wrestler will act like it hurt them and it won't even affect the other guy. I understand the concept of no-selling, but this is too much. I was playing as Gregory Helms and I think I was trying to wrestle the Great Khali, and I couldn't even dropkick him in the knee because Helms would act like he hurt his leg doing it.

I noticed this even when I was a wrestling as a heavyweight. If I'm wrestling someone in a heavier weight class, I couldn't do jack to them except for whipping and punching them.

The commentary is also lame. While they've added in some new bits, most of it is just being re-used from the other games. You can tell how well the developers' quality assurance division is because I could be wrestling someone and the commentators will start talking about a wrestler that's not even in the match! For example, I'm playing as Ken Kennedy in Season mode and I got to a point where I was facing Chris Benoit for the World Heavyweight title at Survivor Series. I would be wrestling him and the commentators would talk about Batista being the World Heavyweight Champion.

When you go to use a finishing move, the commentators will call some of them by the wrong name. Example being that they'll call Jim Neidhart's Anvil Flattener powerslam finisher the Celtic Cross, which is Finlay's finishing move and are two entirely different things.

The next issue is the roster. Given the turnover rate in the WWE superstars, the game's roster was already outdated before it was even released. The roster doesn't bother me too much, but instead of including all of Mick Foley's gimmicks, they could have better used that space by including legends like Owen Hart as well as superstars that are present in the WWE now like Jeff Hardy and Charlie Haas.

The next problem are collision issues. These have always plagued the SmackDown series, and it just goes to show that the developers don't care to clean them up. During a match with Chris Benoit, we were standing in the corner and when I attacked him, he wound up having a ring rope go right through his chest.

I was also annoyed at the Season mode because while they had voiceovers for most of the superstars, they didn't have one for the wrestler I was wanting to use (Paul Burchill), and therefore he couldn't be used in Season mode. However, they had a voiceover for Kid Kash, an insignificant cruiserweight who ended up being released from the WWE a few months after he joined.

The plus side of all this is that the graphics are great, and I also liked the fact that they included Ken Kennedy's self-introduction entrance (as well as exit when he announces himself as the winner).

The bottom line is that you're better off renting it first before buying it.
Review Page Hits: 0 today (426 total)
mediahook