Fun and Frolicking in Felghana 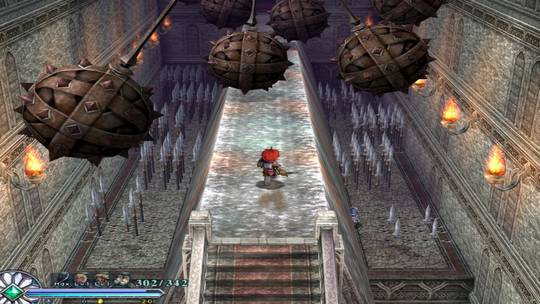 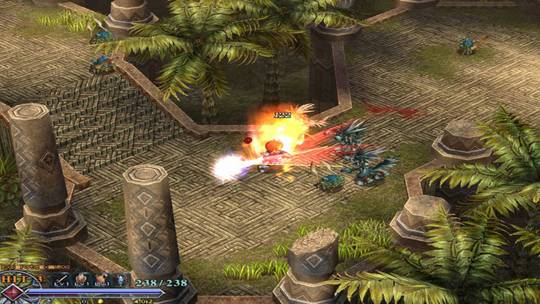 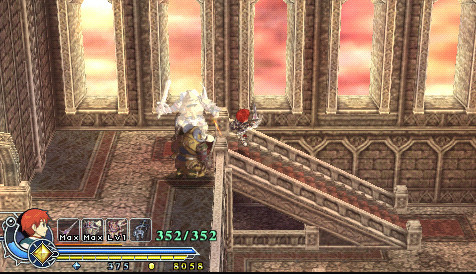 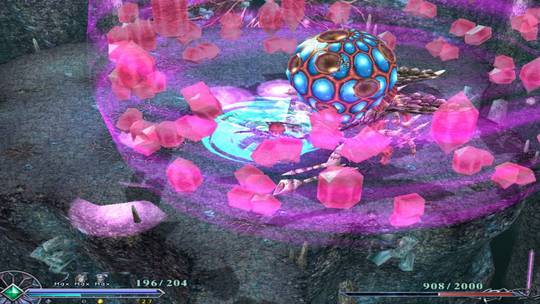 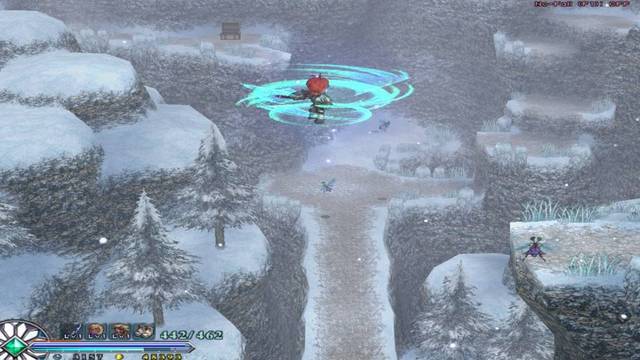 I must admit that I don't have any experience with the Ys franchise. I did, however, know that each game in this wildly popular (at least in Asia) series was standalone and its own separate entry. Some of the characters and lore come across in each title, but for the most part, one can leap into the series at any point. I decided on a blind metaphorical leap of faith to two games, Ys Seven and the subject of this review, Ys: The Oath in Felghana, a remake of the third Ys game that originally appeared on the Super Nintendo. However, the gameplay has been drastically altered. Gone is the Zelda II-like 2D side-scrolling gameplay. It has been replaced with full 3D arenas, dungeons, and towns. Was my decision to take up the Ys series with The Oath in Felghana a wise one?

You, the red-haired hero and a humble wanderer Adol Christin, and friend Dogi have arrived on the continent of Felghana, but not all is as Dogi remembers it. Monsters ravage the lands, the townspeople are scared out of their wits, and the Count that rules over Felghana has gotten into quite a bit of a mean streak. His thirst for conquest has, for unknown reasons, closed down the nearby quarry where the townspeople mine and gather valuable raval ore. The ore is what the denizens of the continent consider their livelihood. He also has troops all around Felghana in search of four special statues. The question is: What is the purpose of these statues, and do they have anything to do with the rise of savage monsters across Felghana? There are over 1,500 lines of spoken dialogue throughout the 8-10 hour campaign. Some characters sound better than others, but all in all, the voice work is quite good. You can skip individual lines by pressing a button to close the text box, but you can't, however, skip whole conversations. This can get annoying if you don't care about the story, or have to sit through a conversation before a boss fight when all you want to do is battle. The tale itself is pretty interesting, full of plenty of plot twists to enjoy.

At first I wanted to compare Ys: The Oath in Felghana's gameplay to the Zelda franchise. However, the more I played Ys, the more I discerned the differences between the two. Zelda is more about puzzles in dungeons with a lesser focus on action most of the time. The Oath in Felghana lacks the serious brain busters and is more about platforming and action. You'll be leaping across chasms, jumping to higher platforms, dodging death traps like spikes and swinging maces, hopping over enemy attacks, and slowly crossing narrow pathways.

Thankfully, the game assists you with the more fiendish platforming tasks. You can enable 8-way direction to make walking on narrow platforms all the more simpler. You can even enable the No-Fall option. With this option on, when you fall, instead of dropping all the way to a lower level you'll just pop up back to the place before your fall. Of course, sometimes you'll want to fall, so keep in mind that you'll occasionally want to turn the option off. These platforming features combined with the six difficulties the game offers (one of which is unlocked by beating the game), makes The Oath in Felghana accessible to players of any skill. Regardless, things can get annoying when you are trying to judge jump distances. You can accidentally over or undershoot quite easily, making for some mild frustration.

You obviously don't just jump your way through the game. You have a sword, so why not use it? Why not use it in conjunction with your jumping abilities? That is exactly what you can do. You can perform a Jump Slash by leaping into the air and pressing the attack button during your ascent, an Up-Thrust by being in the air at the peak of your jump, and a Down-Thrust by pressing the attack button on the descent of your jump. As you defeat enemies, you earn experience that goes to gaining levels. New levels brings higher stats like HP, MP, and attack strength, for instance. You also increase a gauge on the lower left corner of the screen known as the Boost Gauge. When it is full, you can go into Boost Mode. Not only will your attacks be stronger, but you also take less damage and no knock-back (stumbling to the ground after an enemy's attack) when you are hit. Combat feels fast and responsive and, most importantly, fun.

Nonetheless, brute force alone won't save the day. Throughout your tour of Felghana, you will come across three bracelets that grant you the magical powers of fire, wind, and earth respectively (what, no love for water?). While the fire magic is great for incinerating foes and lighting unlit torches, the wind bracelet in tandem with jumping, can allow you to cross large chasms that otherwise would not be passable. In fact, many of the new spells learned give you the ability to access new areas in old dungeons, Zelda-style. These bracelets can be switched in the equipment menu or with a press of the right shoulder button. Finally, the earth bracelet lets you smash certain rocks that block your progress. Gathering rubies for the fire bracelet, emeralds for the wind bracelet, and topazes for the earth bracelet allow you to charge up your spells, unleashing obliterating spells. Using the right spells at the right times is often the difference between victory and retrying a room or a boss battle.

Speaking of boss battles, Ys: The Oath in Felghana is full of them. From foes that are small 3D models to adversaries that fill up the screen, the variety of bosses is staggering. Each boss has its own life bar, and depending on the difficulty to play on, the boss will have a different amount of health to whittle down. The battles are usually pretty intense and demand total concentration. Luckily, there is usually a travel monument-- the save points of Oath-- placed before each encounter, and you can retry a fight if you fail.

After the final boss has been beaten and the credits have rolled, you can save your clear data and begin a New Game+. You earn points depending on the difficulty you cleared the game on, which can be spent on bonuses towards your new game such as keeping your current level and stats, getting fifty extra HP to work with, and having all of your equipment at the level you beat the game at. So even though the game is but 8-10 hours to play, there's plenty of replay value to be had.

A wandering warrior needs his rest, however, and the town of Redmont is the place to do it in. Here is where your hero will be returning on multiple occasions for various reasons. The biggest one is to advance the story, but there also other activities to partake in while in town. Villagers have lost items (funny enough, the items are mostly in dungeons) that they need returned, and they'll give grand rewards for you doing so. You can also take all of that money and raval ore that you found dropped by monsters and discovered in treasure chests to build better equipment via Redmont's blacksmith. You have three types of equipment to build up to the maximum of three levels: your sword, your shield, and your armor. The better the equipment, the more money and raval ore you'll have to fork over.

Ys: The Oath in Felghana has a wide assortment of customization options. You can customize the controls to your likening, assigning actions to any button you like; turning off the narrator or voice work altogether; setting the text speed; and even switching which version of the soundtrack you want. You can go old school or keep the awesome new and remastered soundtrack. The latter option is recommended as the new music is simply sensational, offering a mighty metal take on the music, and sporting a heavy focus on violin and electric guitar. Sometimes I found myself just grinding enemies for the heck of it just to listen to the excellent music.

That isn't the only part of the presentation that shines. The visuals have gotten a big upgrade. Felghana's areas and dungeons are brimming with activity, and the game's 3D models are pretty nice to look at. Adol's in-game armor changes depending on what you equip. That's a darned nice touch. Not everything is great as monster locations can be deceiving. It can be hard to tell where a foe is actually at given the alternating camera angles. It's not that big of a problem, however.

Ys: The Oath in Felghana wound up being a tremendous introduction to the Ys series for me. The presentation is very good for the PSP, all of the voice work is great nine times out of ten, the platforming and fighting is generally fun, the RPG elements work well, and the story remains interesting from beginning to end. Make yourself an oath to at least play this game. It is definitely something that fans craving an action platformer with RPG elements will certainly adore.
Review Page Hits: 0 today (746 total)
mediahook