Alundra 2, sequel in name, only presents a fairly fun stand-alone game that brings to mind some "comparsions" to the Zelda series. 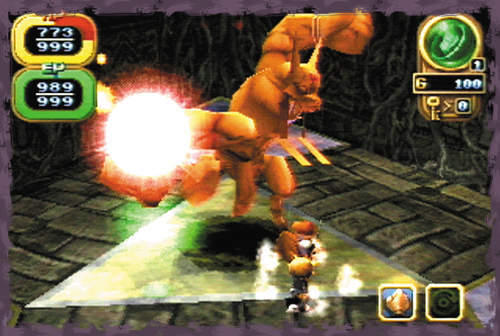 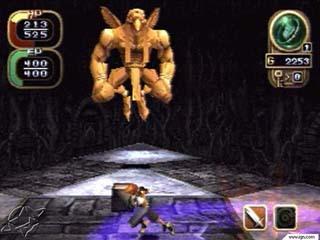 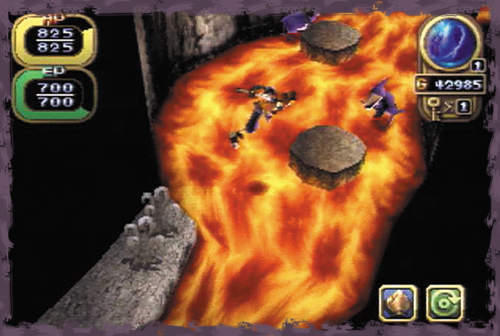 Alundra 2, although not on the same level brings to mind comparisons with the Zelda series. It combines elements of RPG genre with elements of action and adventure in a neat little package that will entertain or annoy you for 25-40 hours on average. Despite its name, there is no connection to the classic Alundra, perhaps with the exceptions of some tough puzzle that relies on God-like patience, reflexes, or both. Due to its name, this game usually gets a bad rap, but if taken on its own, it merits at least a rental or purchase. Note: Developer is Matrix/Contrail, and published in the US by Activision.

Story: It's by no stretch of the imagination original. But hey, what is nowadays? Deception has taken place in the Kingdom of Varuna. With the help of the court Wizard (Mephisto) and the pirates, the evil baron Diaz kidnaps the benevolent king and replaces him with a dummy. Ha, gotta love how dull characters in games can be. With his sights now set on the ancient lost treasure and the king's daughter Alexia's hand in marriage, the situation looks grim. Alexia seeks to find the legendary pirate hunter Flint (the guy is maybe 15, so he's gotta be a badass to be legendary already), to help defeat the pirates, Baron Diaz, and the sorcerer Mephisto. (Note: I found the characters a lot more likeable in Alundra 2 than in 1.)

Graphics: Not revolutionary, but not bad either. Unlike the original, Alundra 2 is done in 3D graphics, like the early Virtual Fighter games. The characters are blocky, and at points it becomes very hard to judge depth perception and distance. The cut scenes are slightly better, but no big improvement over the gameplay graphics. In fact, the best graphics I've seen in the game are at the title, but hey, for the PS1 and one of the earlier forays into 3D action RPG, it's okay.

Gameplay/Learning Curve : The gameplay is, give or take, along the lines of Ocarina of Time and Majora's Mask. Its more action then RPG, but the game retains classic RPG elements like an hp and magic bar. Although the puzzle's in Alundra 1 took a little more thought, I would have to say that Alundra 2 is, in fact, harder in part due to the view/camera angle. The puzzles in this game are usually simple where you can easily guess what you have to do, but that is where the fun ends. Even some of the simplest puzzles take upwards of 10-20 minutes because they require precise timing, and because you can't see what you are doing half the time. The camera angle is controlled by the user. Using R1 or L1, you can circle around you character from all sides, kind of like movie view, but a lot of the time to get the right view for a crucially jump, your view is blocked by a wall, making something trivial difficult. If it was for the time it took to learn to gauge minor things like jumping and even attacking your enemy, the learning curve would have been easier. Note: true to all RPGs, Alundra 2 has several side games/quest, many of which are not required and you're better off not trying if you don't want your blood pressure to go through the roof.

Sounds: Not much to say on this one. Background music is not bad, usually fitting really well with the stage, but like in a lot of RPGs, you'll be hearing the same sound looped over and over again. The voice acting is not too bad, but for some reason, Flint never actually talks. He just shakes his head all the time. I don't put too much emphasis on this, because I never really feel sound is that important to a game, it's just a little extra icing on the cake.

Replay: This game gets an okay score for replay because there are a lot of extras that you'll probably skip the first time through. Especially hard core gamers, you come back a couple of time. However, like most RPGs it has a fairly big time constraint, and it's not level of games like the Final Fantasy series that really draw back a large portion of gamers over and over again.

Overall: I gave this game a B- overall, but I actually feel its closer to a B. Hey, it might be because I have a soft spot for RPGs, but the overall of package of this game was fairly entertaining, especially at the low price you can get it for. And some people, might even find it more enjoyable than the first, but it's all relative.

Note: Pictures taken from Alundra 2 official website, by Activision, link is avaliable. Also, one pic was taken from IGN, who has a plethora of pictures avaliable.
Review Page Hits: 0 today (346 total)
mediahook