Shadow of Rome is a great game that enhances the famous myth surrounding Caesar's death with incredible storytelling. 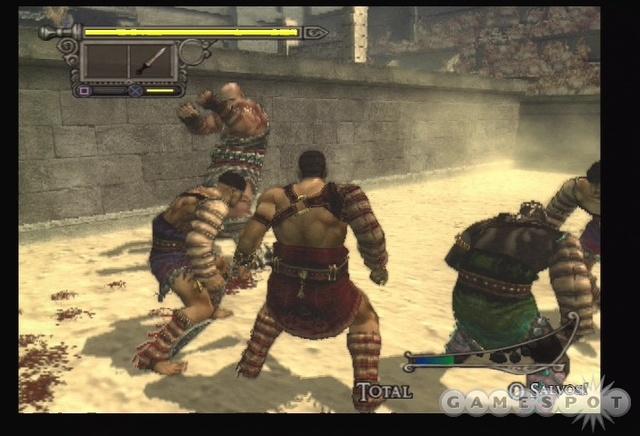 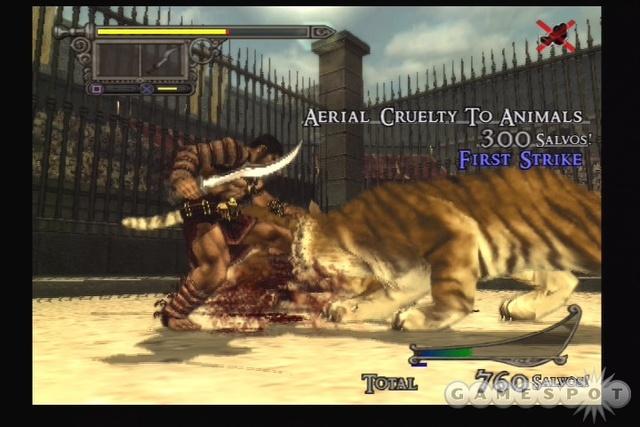 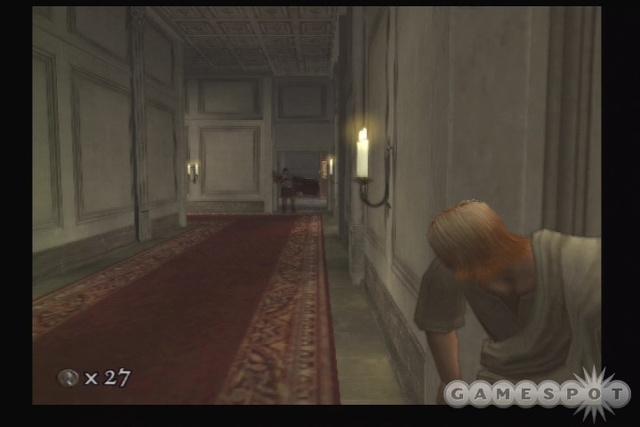 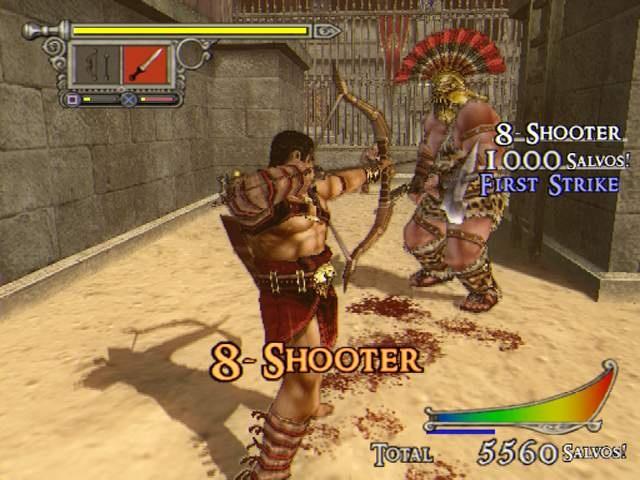 It's 44 B.C. Legendary Emperor Julius Caesar has just been assassinated and the city of Rome is in turmoil. Vepsanius has been accused of the murder and has been sentenced to death. It's up to his son Agrippa, and his loyal friend Octavianus to uncover the truth behind the murder, to restore power and peace to Rome.

Shadow of Rome plays like your regular Gladiator game, with some minor stealth elements thrown in. In Shadow of Rome, you play as two characters, Agrippa, the muscle-clad gladiator who fights in all the arena battles, and Octavianus, who sneaks around Rome uncovering clues about Caesar's death. Both characters switch back simultaneously, with some more so than the other. When you control Agrippa, your main objective is to compete in the Gladiatorial games, and basically win over the crowd, who really don't care if you just stand around and do nothing. Every arena match has different scenarios, like rescue the prisoner, kill all the enemies or defeat the other team. You are awarded on a point system based on how well the crowd likes your performance; the more points you earn, the more Salvos you eventually gain. Salvos can be used to buy upgrades, health and many other things in the game. As stated before, it's much harder to win over the crowd than kill your opponents. Your enemies have the same dull AI and hardly ever inflict any damage on each other. Your teammates will stand around and get hit while you go and kill the opposing forces. It makes the straightforward and simple tasks a real chore, considering you are doing all the work.

Combat plays out like a simple button masher. There is the basic attack, the medium attack and then the charged up super attack, all of which can easily take out an unarmed opponent. Combat balancing in this game seems a bit unmatched, as characters without weapons literally stand no chance of surviving. Weapons deal tremendous amounts of damage to unarmed characters, and the more hurt you are, the less likely you will get the crowd's approval. When you do build up combos, making your crowd meter go up, you can strut your stuff to the crowd; they will occasionally throw food, armor and even gigantic weapons into the arena for you to fight with. Food poisoning was prevalent during that time, so I would probably be weary of touching any food given to me by a stranger.

After bloodying it up in the arena, the game switches over to the role of Octavianus, who is Julius Caesar's nephew. His objectives rely mainly on uncovering the truth behind the death of Julius Caesar, and who was the real culprit behind the mysterious death. His sneaking missions are dull at best; he has no attack moves whatsoever unless he happens to be carrying a weapon. "Mission Failed!" readings happened too often, as one-hit kills and enemies spotting you result in immediate failure. But getting attacked by enemies isn't exactly that hard to do, as the enemies are unaware of what is going on half the time; you can simple walk right past them virtually unnoticed. If you are spotted, the enemy will either scream, which will result in immediate failure, or run after you for about 10 seconds and than completely forget about you. If you do manage to get behind an enemy, you can get rid of them in an assortment of ways. Choking them with a rope, hitting them on the head with a jar, or the classic banana peels on the floor. Once the enemy is down for the count, you can take their uniforms and be asked ridiculous questions by "suspecting" enemies who think you don't belong there. Once they figure out you are a fake, you've already hit them on the head, and they are lying unsuspectingly on the floor.

Shadow of Rome runs off Capcom's Onimusha 3 engine, so naturally, the game looks fabulous. The environments are lush with detail, often striking the scene off guard by its impressive amount of detail on the screen at once. The trees sway in the wind; the water flows in the stream, and such famous landmarks as The Colosseum and The Pantheon have never been seen in such greater fashion. The cut-scenes are where the game truly shines, offering fully animated textures and a smooth presentation to deliver a powerful and gripping story.

During gameplay, the graphics still look somewhat smooth, but also lack the flair of the cutscenes. Buildings all look too bland and similar, all costumes bear the same colors and insignias, and the frame-rate drops in parts with lots of action. Also, it seems that Capcom likes to recycle its character models from different games. The Gladiator owner, Sextus, bears an awful resemblance to Luis of Resident Evil 4. The enemies also somewhat look similar to the enemies found in RE4 as well.


Putting together a soundtrack for a game based in Ancient Rome should be easy right? Lots of blood, war, violence, you get the picture. How come the music sounds like something that should have been put in a Prince of Persia game? The music doesn't fit the game at some points, sounding more Persian and Gothic than Roman at times. The NPCs, non-playable characters, all use the same voices throughout the game, and all of the guards, senators and basic enemies sound exactly the same. No sense of distinction between any two characters is quite noticeable and sometimes ruins the mood of the game when you hear the same voice over and over again.

Replay value seems very low for this type of game. The action is fast and intense, and will most likely keep you coming back for more. But the lackluster stealth missions, coined together with the terrible enemy AI and somewhat cheesy music, make the game seem great only one time through. Die-hard action fans may be playing this game over and over again, but even the most avid stealth fans won't touch this game with a foot-long pole.

Overall, Shadow of Rome is a great game that enhances the famous story surrounding Caesar's death. It's a shame the stealth portions are really terrible and fail to reinvent anything new for the genre. Remove those portions from the game and you got yourself a nice brawler.
Review Page Hits: 1 today (197 total)
mediahook