Pirates: The Legend of the Black Buccaneer (PlayStation 2) 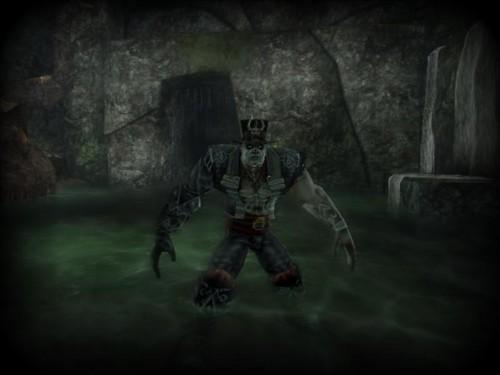 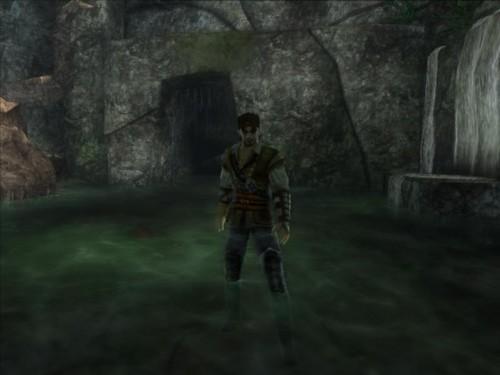 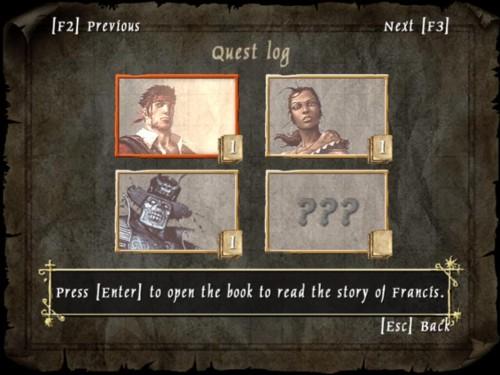 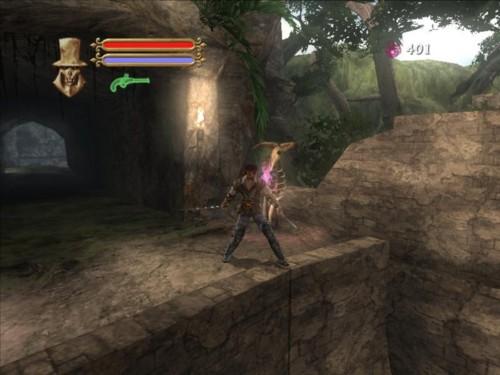 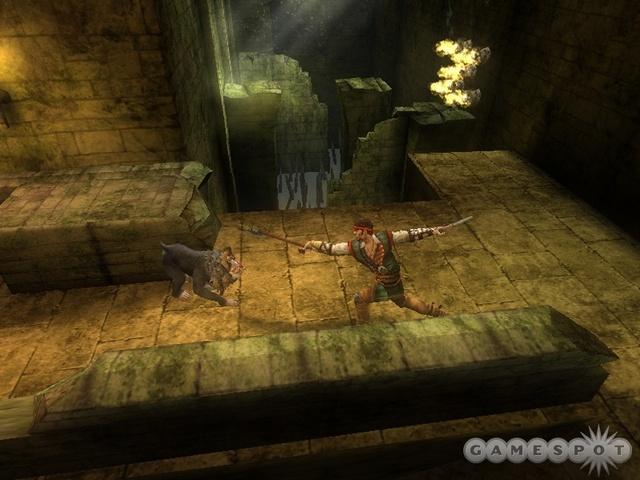 Welcome to the Isle de Muerte. It's not really called that, but it should be. This island holds a huge treasure and many pirates have tried to land it, but all have died trying, except you. You're lucky enough to float to shore on driftwood from the wrecked ship.

So you're this pirate and you been wanting to find a great treasure all your life. Well, you got your chance and you're stranded on this island like in the middle of nowhere with no way to get out. But wait, you find a ship that is beached and all you need to do is make some repairs to it, find supplies, get the gold, and then you can go home. Seems easy enough right? Well, it's not with the fickle controls you have, the puzzles you gotta solve, and the "enemies" you gotta hack and slash your way through. You could shoot your way through, but you'd have to run around dodging hits to wait for the pistol to reload. It's a one-shot. While you're doing all this, your rewards become fighting scrolls, necessary items for the ship, and tributes to some voodoo gods that will help buff you up.

One of the things I did not like about the game is that the controls were fickle. The best way to describe this is that for certain jumps in the game to happen, you want to point your character carefully in the direction you're going to jump, otherwise you end up jumping in the wrong direction. An example of this is at certain "puzzles", you have to move quickly to jump from one platform to another in a timed manner before the platforms disappear/drop and sometimes you KNOW you pointed in the direction of the platform, but your character jumps to his death instead. Also the camera angles can affect how you see yourself "platform jumping." Another example of fickle controls is that certain ledges require you to jump at the last minute even if they're SHORT distances. Jump just a bit early like you would normally do and you end up falling to your death.

Despite the feeling I got from the cheapness of the game, I did have some enjoyable moments playing this game. Some of them include firing the cannon, testing out the new sword-fighting skills on some undead pirate or gorilla after retrieving the skills from the chests, and becoming this voodoo created "Incredible Hulk" mainly to save my life. At first I thought it was the Black Buccaneer, but it's not and you'll find out if and when you play the game. I also found to be the most annoying of all in this game is the need to constantly visiting some areas of the island at least 15 or 20 times before I finally "cleared" them. It gets much worse when you have to go through them all to get to another area you need to be at. However, I have found there are special "warps" you'll find in the game, but they do not provide as much help as you would hope for and you are likely to wait until towards the END of the game before you finally discover them.

The background music fit well with the surroundings and the game's theme, but I cut off the music because it was getting annoying based on the fact I'm constantly visiting each "level" repeatedly. Some of the "levels" have drums or "jungle music" that sounded good for a short period. Sound effects were right on target with their cues. There were no bugs with sound such as delays, misplaced sounds, etc.

I cannot say that graphics were the greatest in appearance, although they did give off that pirate themed, dangerous island look really well. One example of poor graphics though, is that when some of the mobs respawned later when you're still in the level or you leave and come back in quickly, sometimes they would not attack you upon seeing you like they did the first time. You can use this to your advantage to get some free kills in. Another glitch I experienced, but later on in the game was when I attempted to shoot a white gorilla that was throwing rocks at me. I would shoot the gorilla when the crosshairs showed on it and it would not do damage. The glitch is that the gorilla appeared to be where you were shooting it at, but it was not there. Running out and back in the "level" should fix the problem as it did for me.


Overall, this game is a cheap imitation of Prince of Persia, with the exception that you're a pirate, you don't slow down time or rewind time (although executing specific moves slows down the video so you can see the execution), and you don't run along walls (you can climb them if there is a spot to climb).
Review Page Hits: 0 today (912 total)
mediahook