A quirky, hair-pulling game for the EarthBound/Mother fanboys out there. 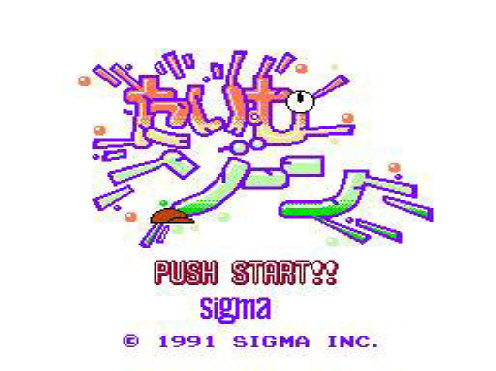 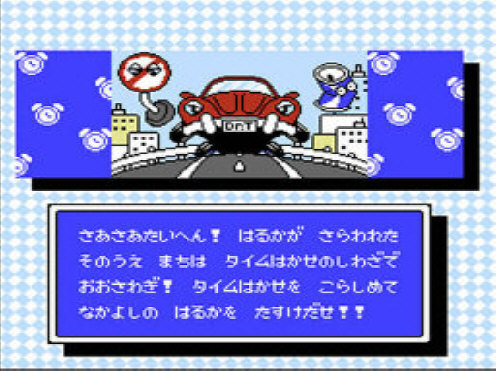 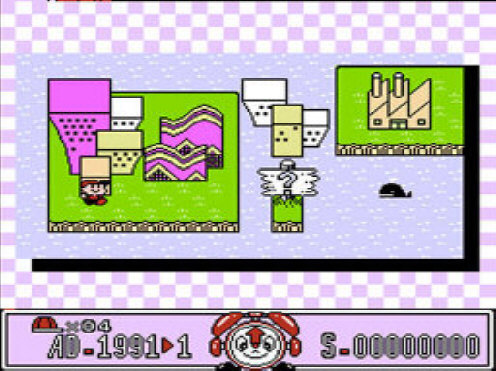 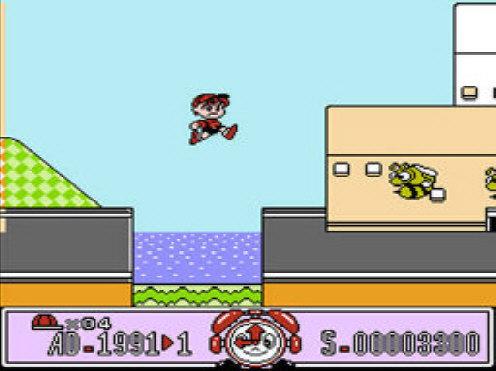 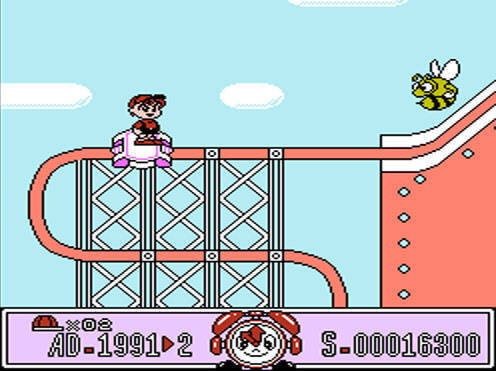 Every now and then, a gamer may come across a game that very few people have ever heard about. Maybe the game is a sleeper hit, or a flop that wasn't worth the time and money to create. The more so if the game is an import. The obscure game may be a gem or a dud in the player's eyes. Time Zone is one such example, and there is a good reason for that.

You play as a well-meaning if gullible hero who chases after Dr. Time, a Dr. Wily-esque fellow who ran away with your girlfriend. You must travel through time (hence the name of the title) if you wish to get your girlfriend back. And the only techniques you have are running, jumping, and using your hat as a boomerang against enemies. One touch from an enemy or a hazardous object costs you a life, and the only line of defense besides your hat is to collect 8 bells and become invincible, riding on a skateboard and mowing down anything that gets in the way. At the end of the level is a rope that you must touch in order to pass. The higher you jump on the rope, the more points you'll get! At the end of the world, you'll have to fight a boss using wits, dexterity, and your good old hat. There are lots of tricky jumps and precarious enemies to make a newcomer frustrated, but it's not impossible! Plus you'll also get bonus lives if your figure out what the hosts are saying and guess right (don't forget this is Japan-only)! Once you get done with a world, you'll get treated to a cut scene where the hero gets clobbered and Doc Time runs away again! Who would've thought getting pounded by basketballs or being run over with the grumpy tire would be so funny?

The sprites look great, like a NES/Famicom game would normally look in that particular time period. Whoever created the characters must've had the video game "Mother" as a inspiration: You'll run into tires with grumpy faces, pesky-looking bees, signs with funny eyes, dinos, Indians (Native-American to be exact), to name a few. The worlds you go to are the B.C. Period, the Wild West, the Edo Japan period, the Space Age, and a dimension that looks like Alice in Wonderland. Each with its own unique charm. There is one word that perfectly fits the graphics of this game: goofy!

The music is not particularly interesting, but it adds to the mood of the level, whether it being tricky or daffy. One particular tune almost sounds reminiscent of the Spring Yard Zone from Sonic the Hedgehog. Of course the sounds are rather appealing with all the bonks and the screeches. The music is almost hilarious as the game itself.

As you can see, the game's difficulty and import status is the reason why it's a totally obscure game, but the cool protagonist, the daffy enemies, the crazy worlds, and the silly music make up for the flaws that the game has. You'll need a good eye, quick hands, and maybe some Game Genie codes if you want to beat the game! Getting this game will be long and hard, but it'll be worth it, not only as a Famicom game, but as fun little game that few people know about. This game is fun for those who love a good challenge!
Review Page Hits: 1 today (435 total)
mediahook