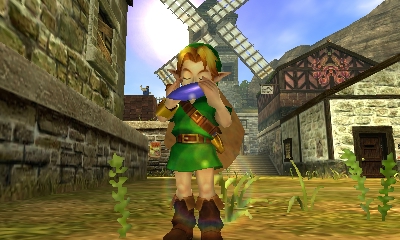 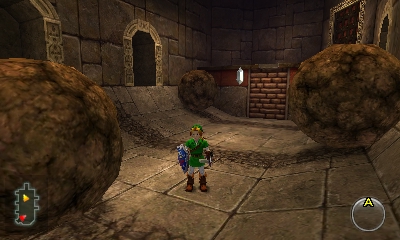 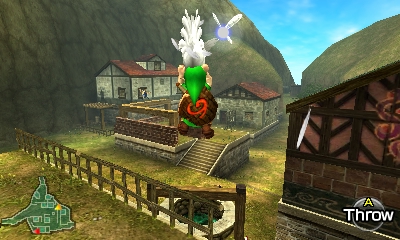 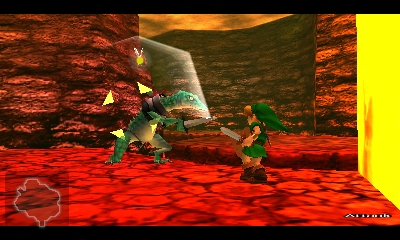 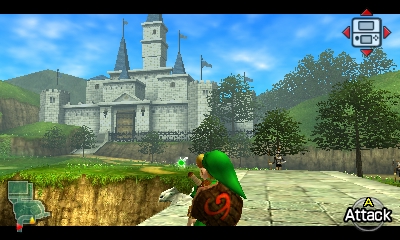 The original Legend of Zelda: Ocarina of Time for the Nintendo 64 is commonly seen on many gamers' and critics' lists of the top games of all time. That's for good reason, as it successfully brought the Zelda formula and gameplay into a 3D space while offering some seriously clever dungeons, a heartfelt and endearing story, and plenty of secrets within the world. However, while Ocarina of Time's original release was indeed fantastic, it was far from perfect. One of the earliest releases for the Nintendo 3DS was a remake of the game, fixing a lot of the issues that plagued the original N64 release. It's The Legend of Zelda: Ocarina of Time 3D for the Nintendo 3DS.

For those uninitiated, The Legend of Zelda: Ocarina of Time features a story that tells the tale of a young child living in the Kokiri Forest who is the only child living there without his own fairy. One day, the Great Deku Tree, the mighty spirit of the Kokiri Forest, feels an evil presence in the world and assigns Navi, a helpful fairy, to join up with the young child, who he sees as the one to save Hyrule from this evil. This young child is none other than Link, and Ocarina of Time sees him leaving Kokiri Forest for the expanses of Hyrule, reaching far and wide in the kingdom, meeting with Princess Zelda, and going on a journey between time periods in his quest to save the kingdom from the wretched Ganondorf.

Everything you loved about the original Ocarina of Time is present in this Nintendo 3DS remake. The world is still full of secrets to uncover, the story is as memorable as ever, the characters remain intriguing, and the dungeons continue to possess dangerous enemies, keys to unlock doors, special items, brain-bending puzzles that are satisfying to solve, and big bosses that protect the game's MacGuffins. L-Targeting replaces Z-Targeting from the original Ocarina of Time, but both have the same use: to target specific enemies by keeping them in Link's focus, allowing Link to move around them in a circle if needed, to avoid attacks, and to deal damage from his blade when their defenses are down.

Then there are all the memorable moments in the game's story. You have Link winning the horse Epona from the crooked Impa, escaping from Lon Lon Ranch by leaping over the wall. You have Link's first encounter with the mysterious Sheik. You have Young Link leaving Kokiri Forest for the first time to the sadness of his childhood friend Saria, who gives him her ocarina as a means to remember her by. There are so many moments that are still touching decades later for veteran fans of Ocarina of Time and for a whole new generation of first-time players.

However, Ocarina of Time 3D isn't just the Nintendo 64 original moved to the Nintendo 3DS. There are multiple improvements in Ocarina of Time 3D over the Nintendo 64 original, and the most obvious is that of the visuals. Not only are the characters and environments more detailed, but the frame-rate is vastly improved as well. There are still some slight moments where it dips a little, but overall, the frame-rate remains steady, quite unlike the original Nintendo 64 version. The addition of stereoscopic 3D offers a feeling of depth that makes it seem like the Nintendo 3DS screen is a window that you're looking through. It's a highly impressive effect that is only mired by some ghosting in darker areas of the game, where colors bleed over just a tad.

There are also quality of life improvements that do a lot to make the game less of a chore to play. With the touch screen, you can assign four items to one of four spaces on the screen. X and Y can have specific items tied to them while the I and II sections of the bottom screen can be touched to pull out two other items. This makes it so you need not continually move to the pause screen to switch between items, making the process of changing between items much faster.

One of the best changes involves a certain pair of notorious boots discovered in the Ice Cavern. These Iron Boots had the reputation in the Nintendo 64 original of having players being forced to pause the game and equip or remove them from a menu. For the Water Temple, this process was needed more times than players could count, immensely slowing down the pace of the game to a tedious crawl. In Ocarina of Time 3D, the Iron Boots are not a piece of gear. Instead, they're just another item, meaning you can use the touch screen to equip and remove them with ease and without the need to pause and unpause the game over and over again.

In addition to those changes, a nice inclusion is the ability to use the Nintendo 3DS's gyroscope technology to aim weapons in first-person view. This includes things like the Slingshot, the Boomerang, the Bow and Arrow, and the Hookshot. You can still use the Circle Pad to aim, or even a combination of the Circle Pad and moving the 3DS to perfect your aiming, so it's a pleasant and ultra helpful addition to Ocarina of Time 3D.

After the initial quest is completed, taking somewhere around 15-25 hours depending on how skilled you are and your familiarity with the original game, you unlock the Master Quest option. This quest not only presents a mirrored Hyrule to explore-- even having the dialogue of certain characters change to reflect this-- such as a character saying in the original quest that something is to the west, while in the Master Quest, they say it's somewhere to the east instead-- but Link takes more damage upon getting hit. Then, there is the most exciting part of the Master Quest, completely retooled dungeons filled with different puzzles. While the rooms and designs of the dungeons remain untouched, how you get through them and the order of rooms you move through to progress through the dungeons changes.

For instance, don't be surprised to get a dungeon's key item, such as the Water Temple's Longshot or the Fire Temple's Megaton Hammer earlier in the dungeon than you would have in the normal quest. Nor should you be surprised to find yourself traveling through specific rooms earlier than you would have done so in the normal quest. Lord Jabu Jabu's Belly is the third dungeon of the game, and in the Master Quest, the dungeon is full of cows placed in peculiar locations, needing to be interacted with to open doors or unveil treasure chests. The Master Quest's redesigned dungeons add new twists to familiar puzzles and turn certain puzzle conventions completely upside down.

The Legend of Zelda: Ocarina of Time 3D takes one of the best games ever created and makes it even better. Every improvement to the game, like the upgraded visuals, touch-based inventory, ability to see how to play various ocarina tunes by looking at the bottom screen, gyro-based aiming, the Iron Boots no longer being stuck in the gear menu, and everything else makes for a better game than the already stellar Nintendo 64 original. If you like action, love solving puzzles, enjoy getting lost in a fantastic world, and want to see an epic tale unfold, then The Legend of Zelda: Ocarina of Time 3D is everything you want and more.
Review Page Hits: 0 today (502 total)
mediahook