Infinite amounts of originality and storytelling in one great game 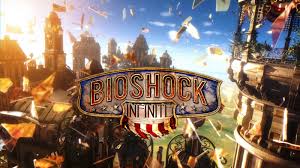 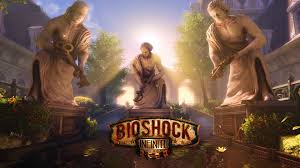 Bioshock Infinite is a must-play game of this generation and may indeed have a superior twist to any other video game on the market. This AAA title definitely stacks up to be a worthy competitor to Grand Theft Auto V and The Last of Us. All expectations I had for this game were completely surpassed by the time I finished.

The story in this game is completely astonishing. Though the game has been out for a few years, I sincerely hope that the story hasn't been spoiled for you. Bioshock Infinite's story is the game's foundation, and the reason it will stay with you long after you complete it. The story focuses on a main character who is placed in an unknown land that has beauty but in a deeper sense, many evil characteristics. As it continues, layers of this beautiful environment are peeled back to the point where you explore the pretty and ugly sides of the fictional city in the sky, Columbia. You play as Booker, a man that is thrust into an incomprehensible situation. You'll face foes and connect with a fantastic supporting cast that all help round out the incredible environment.

The characters found in Bioshock Infinite are, for the most part, dynamic and unforgettable. The Lutece Twins add such depth to the story and give the player a sense of unease throughout the entire game. The main antagonist, Comstock, is a fantastic character that is so fully realized that the player is found almost feeling apologetic towards him at points throughout the story. The rest of the supporting cast feel very original to the world of Columbia.

Bioshock Infinite's gameplay is pretty average for a first person shooter, with some differences that give enough unique feeling to shape some very unique combat scenarios. These differences include things such as robotic presidents who attack with miniguns and sky rails that truly add physical depth to the game play. Shooting is smooth and each gun feels like an entirely new one, which gives a non-linear focus on how to take on each assortment of enemies. Sneaking around and attacking from behind is an option, just as going into a fight guns blazing is an option, as well. One large drawback in terms of gameplay is the lack of a multiplayer mode. Bioshock 2, this game's predecessor, featured a fun and unique multiplayer mode that brought many hours of gameplay, long after the story was already complete. The lack of multiplayer here is a tragic absence, but for the most part, the story makes up for this missing piece.

The sounds of Bioshock: infinite are superb. The soundtrack is a great one. Background music is very immersive and suits the environment around it. The voice acting is some of the best in recent gaming history. The guns sound realistic, so that weapons such as the machine gun and pistol sound exactly like you'd imagine. Birds chirping and water flowing through a fountain are some ways that the sounds of Columbia truly make the player feel as though Columbia is a living, breathing character of its own.

Bioshock: Infinite is the sequel Bioshock 2 should have been. Character development is on par with the first of the franchise, gameplay is just as fun, and the environments are alive around the player, just as they were in the original. It is the real successor to the original Bioshock in terms of story and unique gameplay and charm. Bioshock Infinite is a game that should not be missed, as it is one of the great displays of intelligent storytelling in video gaming.
Review Page Hits: 0 today (370 total)
mediahook