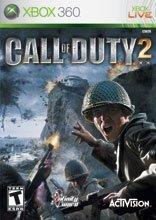 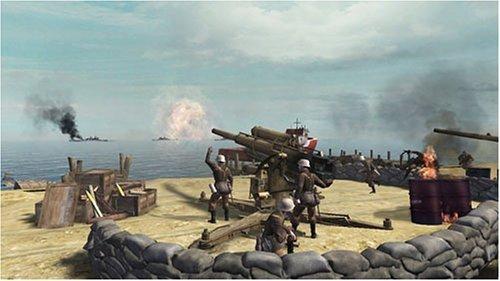 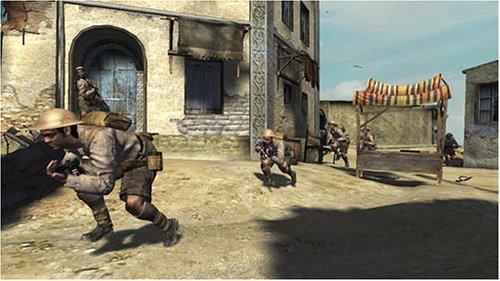 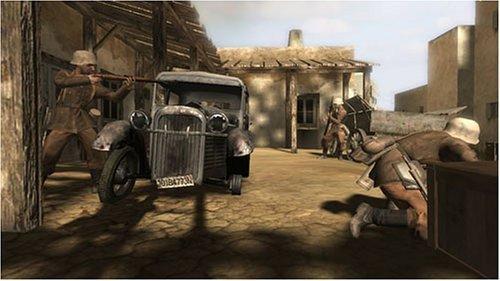 So the dawn of the next-generation of console video games is upon us, and we are delivered this title, Call of Duty 2, as a supposed "big" release at the time of launch. Here are my thoughts.

With today's ever improving market with such diverse titles in a particular genre, it is no wonder that shooters have really taken off. While most shooters tend to excel mainly in the multiplayer category, Call of Duty 2 (CoD2 from here on out) takes a slightly different approach.

The game is played as any shooter should, point whatever firearm you have currently equipped and pull the trigger. As simple and complex as that may be, CoD2 doesn't really extend on any of the play mechanics. Sniper rifles act like sniper rifles, machine guns kick like machine guns should. So why is it that this game is lacking? With titles like Halo 2 and Perfect Dark (0 and 1) that make tweaks to the game such as dual wielding and various special functions for each gun, as is the case in PD0 and PD1, a standard shooter just doesn't seem to cut it anymore.

CoD2 developers seemed to stress the single player aspect in this game more than the multiplayer, as the multiplayer doesn't really tickle my fancy. It doesn't have the depth or complexity of Halo 2, or the fast paced action associated with the Time Splitter series. It is just what it sounds like: more than one person with a gun. Not a whole lot of variation from the hundreds of previous titles that did the same thing. The single player is decently lengthy for a shooter though, so if you are the kind of person that still doesn't have Xbox Live or a few friends over for a rowdy good time, you can enjoy that.

As with most of the other aspects of CoD2, the sound is what it is supposed to be. It isn't executed exceptionally well or exceptionally poorly either. It is there and it serves its purpose.

When it comes down to it, this game is the definition of mediocre. I expected a lot more from the bigger name launch title than was presented. While this game certainly isn't bad, it isn't good either. When it comes right down to it, it is just another shooter in a long line of games that capitalizes on the genres strong points.

Final thoughts: If you are a die hard shooting fan and absolutely CAN NOT get enough of the genre, go ahead and pick this up. If, however, you are looking for a longer lasting game or more of a multiplayer experience, you may want to pass. Overall: give this a rent and decide which of these two categories you fit into. I'd tell you to trade me for this game if you were that desperate, but I already got rid of it.
Review Page Hits: 0 today (231 total)
mediahook