This game has got 'Shooter of the Year' written all over it! 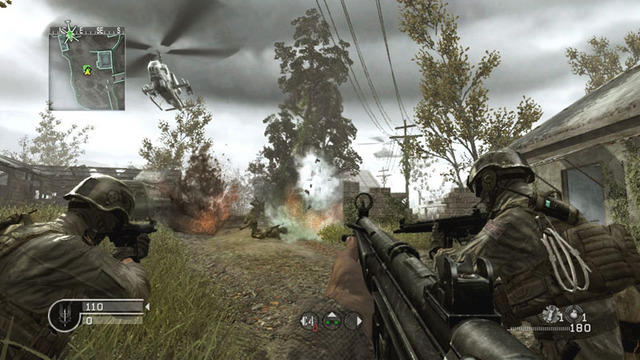 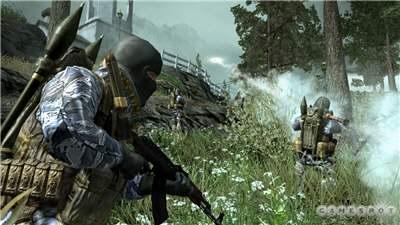 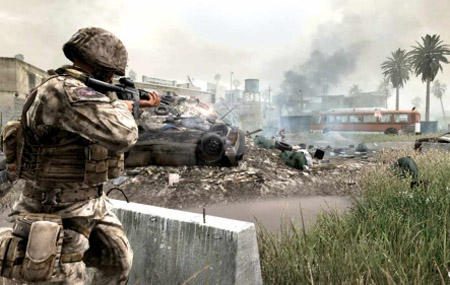 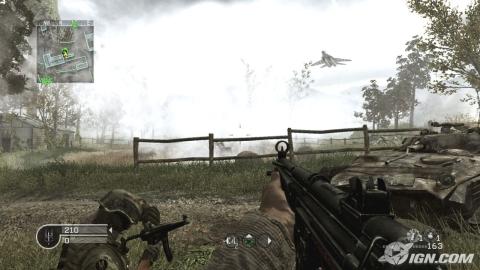 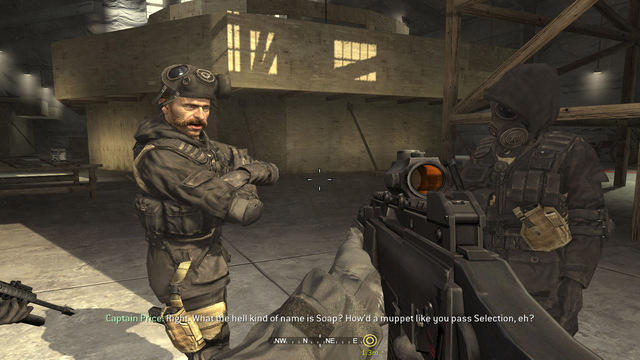 I have always been a fan of the Call of Duty series, and I must say that the fourth installment has been the best of them all. Actually, I do not believe I am making a good point. Call of Duty 2 & 3 do not even compare to Call of Duty 4: Modern Warfare. This game is amazing! This title has exellent gameplay, astounding visuals, realistic sounds, and phenomenal online play. I shall divide this review into different sections: Gameplay, Graphics, Learning Curve, Replay Value, and Sound.

Gameplay: Call of Duty 4 has very similar gameplay mechanics to the past Call of Duty titles. You still aim with your gun's sight and mainly shoot while zoomed in. Call of Duty fans will feel as if they are playing a familiar game. I am describing it like it is a bad thing, but this mechanic is a key factor in keeping Call of Duty it's own game. The gameplay mechanics are the same, but the times period you are playing in is completely different from the other Call of Duty games. In this title you are in modern times, fighting in the Middle East, Russia, and on a cargo ship in the ocean. You assume the role of Soap McTavish and Sergeant Jackson. Soap works for the British SAS and Jackson for the United States Marine Corps (USMC). All Call of Duty games have an exellent intuitive tutorial at the beginning of the game; Call of Duty 4 is no different. You are set through a test operation: storming a wooden boat. It is actually a lot more fun than it sounds. You can continually go through this tutorial to try and beat your previous time, and the records set by the A.I. If any of you have played Call of Duty 2, you know how a breath-taking 'Wow' moment is included in every level. For example when the building was leveled in Russia. Call of Duty 4 is the exact same. You will have a great time playing through the game, as you will have no clue what is going to happen next. I cannot give you examples of the incidents, as they may prove to be spoilers. I can do something though; I can promise you that you will have a great time going through Call of Duty 4's campaign. The character and cross-hair movement are both smooth. Sprinting is included as well, and it feels very realistic. You still have no health bar and the way you die is by getting hit too much in a short amount of time. I love that aspect of Call of Duty because it allows you to focus more on the game and what is going on. If you had health you would always be busy trying to find health kits. Due to the time period the game is set in, you are rewarded a new set of weaponry! You can choose from weapons such as the M16-A2, MP5, and Barrett .50 cal. Each weapon has a different feel to it, and you will find yourself stunned by the realism of the weapons. Even the way the enemies fall when you open fire on them will astound you. Now that the campaign is covered, I will discuss one of the best parts of this game in my opinion. I will discuss the multi-player aspect. Specifically the online gameplay. Although you cannot play cooperative (campaign), you will have an amazing time playing deathmatch. Call of Duty 4: Modern Warfare has one of the best interactive multiplayer systems I've experienced. As you play, you are rewarded experience points. The more experience points you accumulate, you level up. You start at level one and can level all the way to fifty-five. Once there you can go into prestige mode and sacrifice all your work for a new symbol. You can rinse and repeat until you have done prestige mode ten times, going through ten different symbols. As you level up you are rewarded new weapons, sights, accessories, and skins for your guns to use in the matches. You start off with a limited selection of weapons, and by the time you hit level 55, you have about 30 weapons to choose from, if not more. You also have perks unlocked. Perks are buffs that you put on yourself. You have three perk slots. An example of a perk is Juggernaut, which increases your health. To manage all of this, you are given five custom class slots, for you to make and save your class combinations. Although I love Halo, it's multi-player is not this deep. While playing if you get a three-kill streak, you get UAV rador, which allows your team to see your enemies on a mini-map. If you get a five-kill streak, you are able to place an airstrike where you choose on the map. Once you get a seven-kill streak, you are in heaven. At this point you are able to unleash a helicopter on your enemies, which will lay waste to them. You can try all of these things in a variety of game modes, including Team Deathmatch, Mercenary Deathmatch, Free-For-All, Sabotage, Search and Destroy, Domination, Old School Free-for-All, Cage Match, and much, much more. The kill-cam is back as well, showing you exactly how your opponent killed you. Call of Duty 4's gameplay amazed me, and I give it a 9.5 out of 10. (No 10 out of 10 because some people might not like the aiming system)

Graphics: Call of Duty 4 has amazing graphics. They are stunningly beautiful. Official Xbox Magazine even noted the graphics as possibly being "too real". You will see debres flying in the wind, you will notice each strand of grass. The weapon detail is immense. You see the blur around the end of the gun when you observe someone firing. When firing at sandbags and walls you see dust and bits of the wall fly. The ghillie suits have great detail. There are so many things that look amazing in that game, I could not possibly list them all. I would definitely include CoD4's graphics in my top three list. Possibly even number one. I am not really sure how the visuals look on a non-high def television, but I am sure they still would look amazing. The environment is un-believable, the character models great; to be honest, I have no idea what is bad in CoD4 graphics wise. If your not a fan of shooters, at least try this game to see the incredible graphics. I give CoD4's graphics an 11 out of 10. (Where's the A++?)

Learning Curve: I must say that this game is pretty easy to pick-up-and-go. Some people just might be turned off by the fact that you must zoom in and deal with the sight to succeed. Your gun is not accurate enough to hit anyone long range if you do not zoom in. (Note: Very Realistic) The controls are simple: X to reload, A to jump, RT to shoot, LT to zoom in, RB to throw 'nade, LB to throw secondary 'nade, left analog stick to move, right analog stick to move your gun (also known as move the cross-hair). Pretty simple control-wise. I just have one issue: to knife someone in close quarters you must press in the right analog stick, and that takes a bit of getting used to. Also to spring you must press in the left analog stick. I like the creative use of the analog sticks, but some people may not enjoy it at first. Other than that, I can not think of anyway that the learning falters. The objectives are self-explanatory, the combat easy to follow, overall a nice experience. I give CoD4's Learning Curve an 8.75 out of 10.

Replay Value: You have probably finished reading the gameplay review, and you know how deep the multi-player is. I could end the paragraph right now, but I know that some people do not have online access. Infinity Ward gave a treat to those players, it is called 'Arcade Mode', and it is unlocked after beating campaign on any difficulty. This new mode allows you to replay the missions Arcade style, earning points as you go. Of course completing the campaign on a harder difficulty is a challenge in itself. You can try using different tactics in each mission which will change things up a bit. I give CoD4's replay value a 9.5 out of 10 for Xbox Live users and a 8.75 out of 10 for others. (I know you love my numbers =D )

Sound: Call of Duty 4's sound is very realistic. According to my best knowledge Infinity Ward used real weapons to record the sounds for the guns. Each gun sounds exactly (or very close) to how it sounds in real life, except a lot quieter. (Those of you that have fired weaponry will have already known that) You are able to hear grenades as they bounce near you; you will notice the metal 'clink'. You hear the knife tear your enemy's clothes' threads. You hear the metal of your enemy's helmet getting pierced as you fire a headshot. If an enemy sniper is firing at you and they miss, you hear the bullet whiz by. These are all examples of how intricate the sound is in Call of Duty. I'm sure you won't be disappointed. I give CoD4's sound a 9 out of 10.