My review For The Record, of one of the most anticipated, hyped, best-selling, and controversial games of 2009 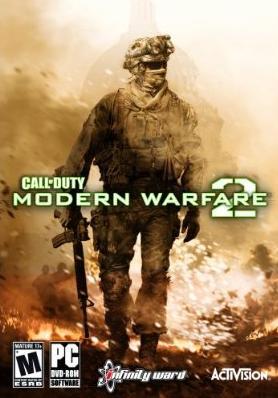 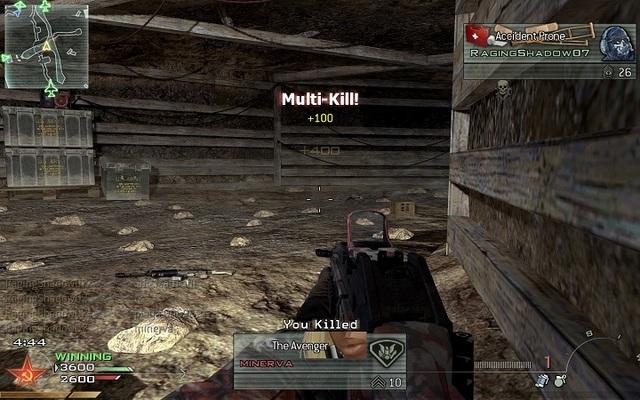 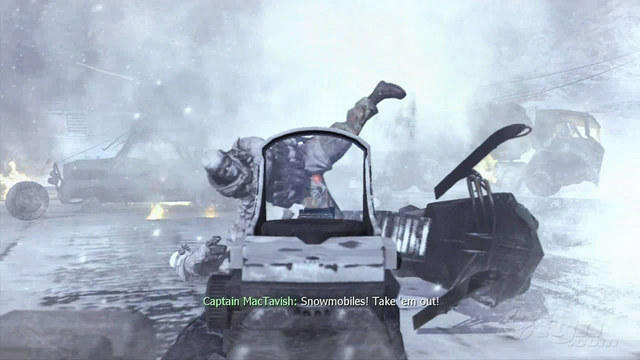 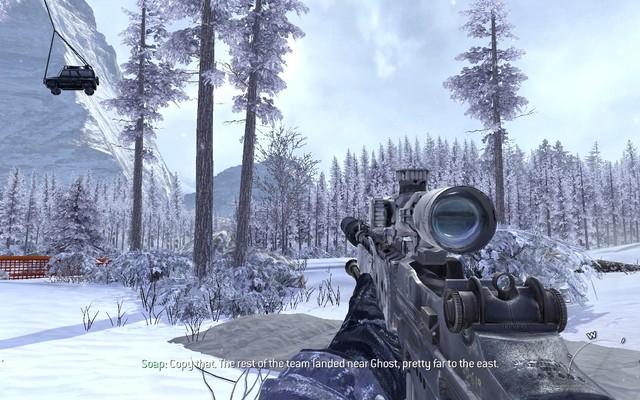 For my comments about IWNet, read the last paragraph of the review.

Onto the actual review...

As EVERYONE knows by now (as it was announced a year ago, almost to the day), Modern Warfare 2 is a direct sequel to the 2007 best-seller and award winning Call of Duty 4. Modern Warfare 2 marks the first sequel to a Call of Duty series game, and that is primarily due to the interest, ratings, and sales of its predecessor. As a direct sequel, the story will continue from the previous game, adding some new characters as well as bringing back characters from Call of Duty 4 as it goes along.

The game takes place 5 years after the setting of Call of Duty 4, after you killed the primary antagonist/terrost of the Call of Duty 4 setting, Imran Zakhaev, and starts with a cutscene that recaps some of the events of Call of Duty 4, and also gives the current state of the world. The first mission introduces some new characters, including one of the (several) characters you'll be playing as, along with the rest of your squad.

The first series of missions (one through three) serve as a tutorial for those new to the game, practice, and a return of an old character from Call of Duty 4 (basically in that order). The next mission, which is basically the source of 80% of the controversy behind this game, reveals the antagonist, and sets the stage for everything else that happens throughout the game.

For the sake of spoilers, and due to the previously mentioned mission being offensive to some (they even ask you if you want to skip it the first time you launch the game), I'll continue on to the actual reviewing part of my review. Even though I haven't really put a score on a storyline in my past reviews, this game deserves a segment on it.

Story: 5/5
Infinity Ward was asked before if they planned to make the MW2 campaign longer than CoD4, and they replied no, that they wanted to make it more memorable, action-packed, and fun, rather than dragging it out. They succeeded. Greatly. The average player's first playthrough is probably going to be about 6 hours, and for me it was 6 of the most awesome and memorable hours of my life. The campaign started slow for the first 5 minutes, then instantly picked up the pace, and it didn't slow down until the game ended.

The story is fairly easy to follow, as well as to-the-point, and has several moments that will make veterans to Call of Duty 4 go "HOLY CRAP!" due to the return of many elements from Modern Warfare 2's predecessor. Even though it was made obvious there would be a sequel to this game, I didn't see a single story element removed to save for the next game that killed the MW2 (*Cough* Gears of War 2 *Cough*). Congratulations to IW for the epic story.

Graphics: 4.5/5 or 5/5
The Call of Duty engine got an overhaul, and looks amazing. Everything got polished, and it's a good improvement from Call of Duty 4, which, to this day is still an amazing-looking game. The HUD got an overhaul for single player and multiplayer, as well as a re-arrangement of icons. The different HUD could be a pro or con for some players who were used to Call of Duty 4's HUD system, but I view it as an improvement.

Sound: 4.5/5 or 5/5
IW got Hans Zimmer as the composer for Modern Warfare 2, and there's definitely a difference in the music. I can honestly say that MW2 has been the only game where, no matter how involved in combat or focused on gameplay I am, I can still hear and pay attention to the music. It's an amazing thing, really.

As for the voices, there are are both new and old, due to the inclusion of new characters, and the return of old. Soap, even though he's a returning character, is a new voice, due to the fact that he was silent in Call of Duty 4. You've also got Keith David (ARBITER!) as a voice actor for one of the playable character's squad superior, which is a definite plus.

Gameplay: 7/5
This, as usual, will be the thing I go into detail most about.

With some (or even most) sequels, it's usually just a new story, and maybe a few new features, and most people would say that a game like that should be released as an expansion. Modern Warfare 2 is not in that category, at least, not in my opinion.

While I highly dislike the $60 price tag for the PC version of the game I will admit that it was completely worth it for the new things that were added. The detail and work put into single player alone was almost worth it, and then you've got a co-op mini-mission mode called Spec-Ops, in which you go into small missions from the campaign (and even some levels from Call of Duty 4) and accomplish certain objectives. Add on the new overhaul to multiplayer, which I'll get to in a second, and you've got almost a brand new game.

Basically, the only con I need to mention that I've seen is the AI. They definitely fixed the infinitely spawning enemies found in previous Call of Duty games, but with that comes a bump up in difficulty, even on Normal mode. There were so many times I found myself getting killed out of nowhere, even when in complete cover. Maybe it was because an enemy had flanked me, as they've learned to do that well, but I'm not sure.

Multiplayer is a huge improvement. With 15 or more new maps (I haven't counted), new guns, perks, gametypes, and much improved balancing, it's almost worthy of a $60 price tag on its own.

Possibly the most talked-about new thing is the customizable kill streaks. Instead of your standard Call of Duty 4 UAV, Airstrike, and Heli, you've got a total of 10 or 15 kill streak perks you can unlock and call in. What's more, though, is that you can actually control some of them. For example, calling in a Predator missile strike shifts the camera and control to a falling missile, and you can direct the missile to try to hit as many enemies as possible. Also, there's several vehicle pilot kill streak perks, like being the gunner of a helicopter, and so on.

Next up worth mentioning is upgradeable perks. If you complete a challenge for a certain perk, you get an upgraded perk that has an added effect. For example, Stopping Power, which normally grants you extra bullet damage, will grant extra damage vs. vehicles if you get the Pro version of it.

And then there's the balancing. Martyrdom, arguably the most annoying perk in CoD4, in which you drop a live grenade when you die, is now a high-level death streak, which means you can only use it when you've died three times in a row, and if you kill someone, you have to die three more times in a row for it to activate again. And for kill streaks, the ones where you pilot vehicles leaves your character vulnerable somewhere on the map, since you're remote controlling the vehicle and not in it.

If it's one thing IW has definitely listened to its community on, it's the gameplay and multiplayer.

With every new engine, there's usually a higher system requirements page. How does this game fare on a mid-range system? Well...

Using the same system specs as the review I did on Kane's Wrath, playing the game on highest settings with 4X AA, the game runs extremely well except in areas with heavy smoke or explosions. There are occasional framerate dips to the mid 20s for about 3 to 5 seconds at a time, which I can't explain, but those are uncommon.

FOR THOSE LOOKING TO BUY MODERN WARFARE 2 FOR PC. DO NOT BUY IT USED. IT IS A STEAMWORKS GAME AND REQUIRES THE KEY TO BE ENTERED ON STEAM. ONCE THIS IS DONE, THE GAME CAN NOT BE UNBOUND FROM THAT STEAM ACCOUNT AND CANNOT BE USED ON ANOTHER ACCOUNT.

For me (and this is in my opinion, as I'm aware others will think otherwise), Modern Warfare 2's gameplay is game of the year worthy. They've improved the gameplay and multiplayer so much, and the story is insane. Even though the year's not over, I can definitely say MW2 has been the best game I've played all year.

Although I don't like paying $60 for a retail PC game, it was completely worth it to me. For those looking for a quality single player that isn't dragged out, and some great multiplayer, especially those who enjoyed Call of Duty 4, this is definitely a game you should pick up.

Reviewer's Note
As continued from my first statement, I won't comment on IWNet, because I don't want the scores I gave the game to be bound down by mistakes IW has made in the development of the game. The scores I've given it reflect my opinion of the game without taking IWNet into consideration.