Soundtrack MP3s at Galbadia Hotel
Conker: Live and Reloaded - Wikipedia
TeamXbox's Screenshot Gallery (from where the screenshots below came) 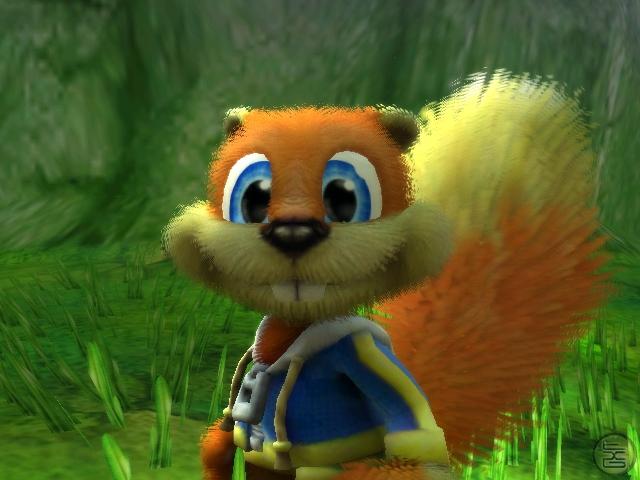 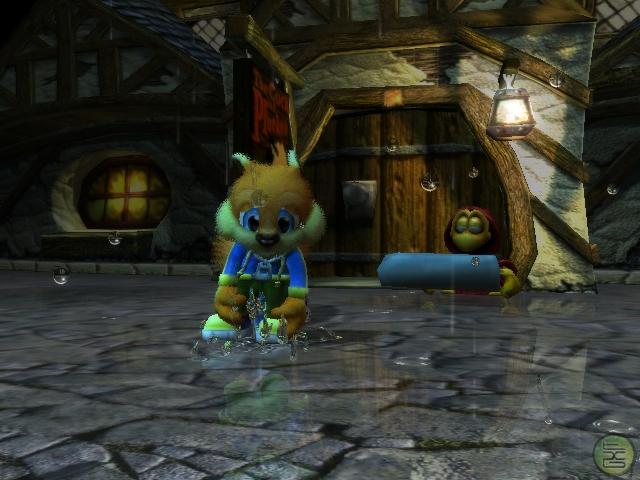 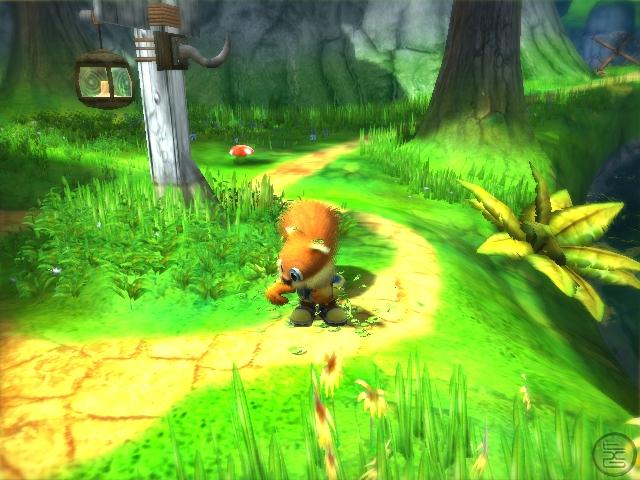 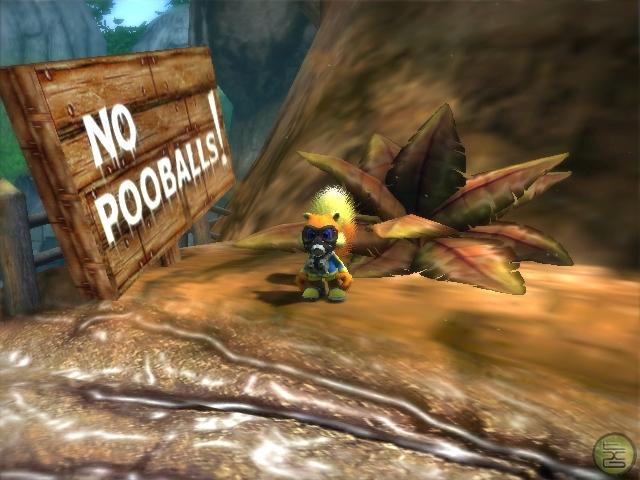 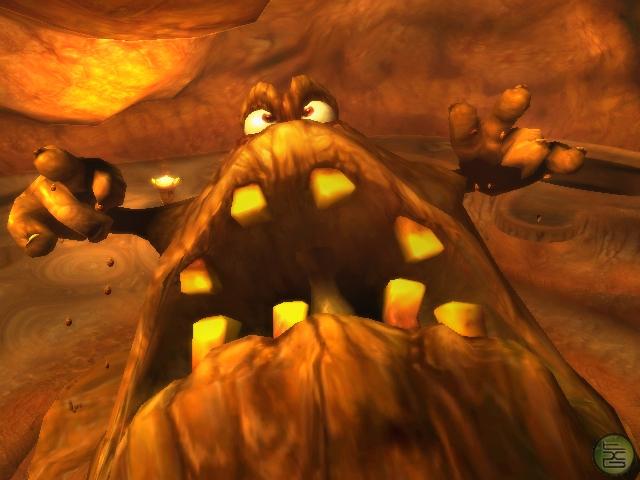 Not only was Conker's Bad Fur Day one of the last games released for the Nintendo 64, but it featured advanced graphics, tons of voice acting, plentiful movie parodies, and side-splittingly twisted humor. And as if it didn't already kick enough ass, the folks at Rare decided to bring it back for the Xbox with updated graphics, improved controls, and Xbox Live multiplayer. The result was this sadly-overlooked gem of a game that deserves a place in everyone's Xbox library.

To those who might be wondering, Is this game worth the purchase for those of us who have already played Bad Fur Day on N64? I can assert that it is. Although the main story is a straight remake of Bad Fur Day, the game is just as great on the second play-through as the first, and the improved graphics and controls are a great bonus.

And for those of you who missed out on BFD, not playing Live and Reloaded would be a heinous crime.

Story: For those unfamiliar with the game, here's a quick synopsis: Conker gets completely hammered at the bar one night, and in his drunkenness gets lost on his way home. To make things more complicated, Conker is being hunted to be used as a replacement for the evil panther king's broken table leg. And his girlfriend has been kidnapped. In his efforts to get home, he finds himself in a multitude of different situations including fighting a giant sentient mound of poo, killing zombies, and fighting in a war against evil teddy bears. Yes, you read that right. Built into all this are countless movie parodies and references - The Exorcist, Saving Private Ryan, Van Helsing, Dracula, A Clockwork Orange, Dr. Strangelove, The Matrix, Jaws, The Terminator, Pulp Fiction... it's all there. If you've seen any or all of these movies, you're in for a special treat.

Controls: Most people who have played a Nintendo 64 know that the primitive single joystick was often something of a control impediment. Bad Fur Day was no exception, but control problems are nowhere to be found in this remake. The second analog stick on the Xbox controller solved this problem outright, and made a world of difference in a few sections of the game which controlled badly in BFD.

Sound: The sound in this game is downright great. Rare did a top-notch job with soundtrack and sound effects alike, and with the soundtrack achieved a rare nirvana that most game soundtracks don't come near: being actually listenable. Although it can't be said for ALL of the game's tracks, there are a few that you'll definitely want to hear over and over again. For me, the main one is Surf Punks, an instrumental rock-fest performed by Dweezil Zappa (!) and Nile Rodgers. Download it here.

As for the sound effects, Rare doesn't cut any corners. Everything from Conker's footsteps to the terrified screams of sweet corn is superbly done. But more notable than anything else in the Sound department is the game's voice acting. There's not a single bit of text dialogue in this game that isn't accompanied by voice, and before you shrug this off as nothing, remember that this is a port of an N64 game. Not only is there a lot of voice acting (an unprecedented amount for the N64's time), but it's all excellent. No lifeless B-movie voice acting to be found here. You'll surely enjoy every conversation in the game, and I can personally guarantee there won't be a single character whose voice will make you want to claw your eyes out. A bold promise for video games (sadly), but I'm quite sure of its truth.

Replay Value: Replay value may be the one area where this game falters, depending on how you define "replay value." Once you beat this game, you'll find yourself on the main menu, hungering for more. Well, there isn't any more. Unlike some games (like the Ratchet series), Conker has nothing more to offer after you've beaten the game. There is a stage select menu through which you can replay your favorite stages, and the Xbox Live multiplayer, which I have not tried and therefore will not comment on.

However, put the game away and wait a few months, maybe a year, and you might just feel that little twinge of "I wanna play Conker again." It certainly happens to me, and it remains fun and hilarious each time through. So if that's the kind of replay value you want, then Conker has got it.

Closing: In summary, while Conker: Live and Reloaded might not be perfect - those who wanted Bad Fur Day's multiplayer to return are in for a disappointment, the added censorship is stupid, and replay value isn't the greatest - it's pretty damn close. It's cheap and backwards compatible on the 360, so what are you waiting for? Go out and buy this, it will provide you with a solid ten hours of fun and hilarity.