A decent Contra title that should not be overlooked. Give it a try you may like it. : ) 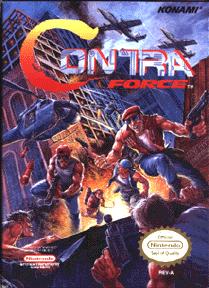 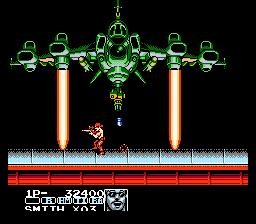 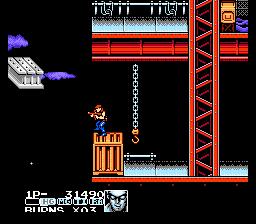 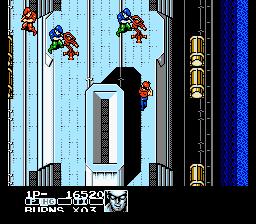 Contra Force was originally going to be released in Japan titled "Arc Hound," however Konami
decided not to release it there. Instead Konami decided to release it in North America only under the name "Contra Force".The game is quite unrelated to the other Contra games, because there are no aliens or shirtless Arnold-like commandos to play as. Instead the game consists of four members of a counter-terrorist task force known as "Blue Group". Apparently the mayor of Neo City was abducted/kidnapped and our four Blue Group members are out to save him. Burns, Iron, Smith and Beans begin there search.

There are five stages total, three side scrolling and two over-head. At first you may find this game to be slightly difficult, but once you get through that first stage the rest will be a breeze. You just have to get used to the gameplay and not to mention some slowdown. Contra Force is loaded with a good selection of power-ups and weapons, so I never got bored. The Bosses range from incredibly easy to insanely annoying. Not too Hard though, because I made it to Stage 3 and I'm still hooked.

Some may put down the controller their first time playing Contra Force, but you just have to give it a chance. Yes it may not be a true Contra game but it is still a decent addition. It is very unique among other Contra games, which is why I like it so much. The music is very good and fits all the levels properly. Controls are a breeze but like I said, you must get used to the slowdown. If you can't tolerate any kind of slowdown in videogames...this title is not for you.

One more thing.This game can be played with two player co-op but I must recommend that you stick to one player with this one. Co-op can be a hassle and you will see what I meen.