A solid first person shooter, but pales in comparison to No One Lives Forever games. 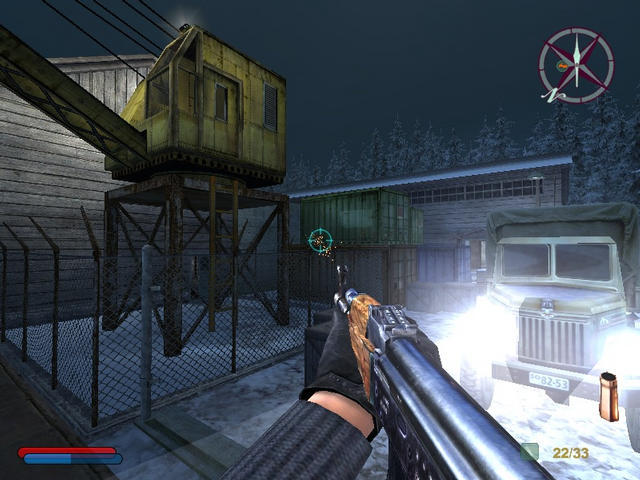 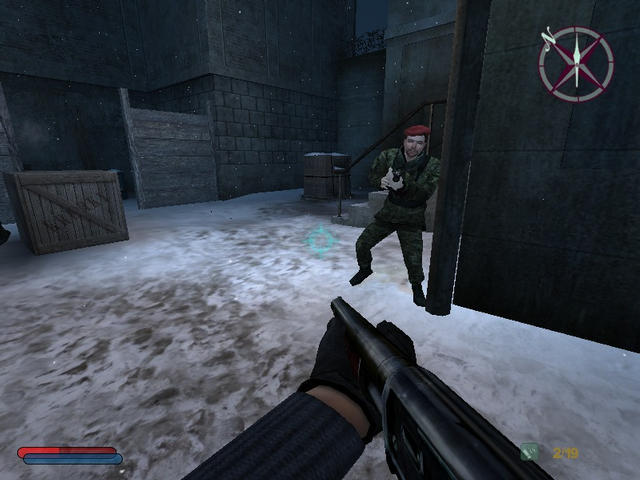 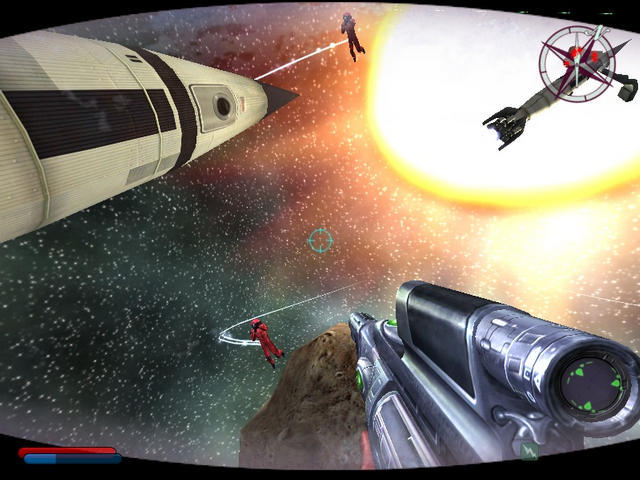 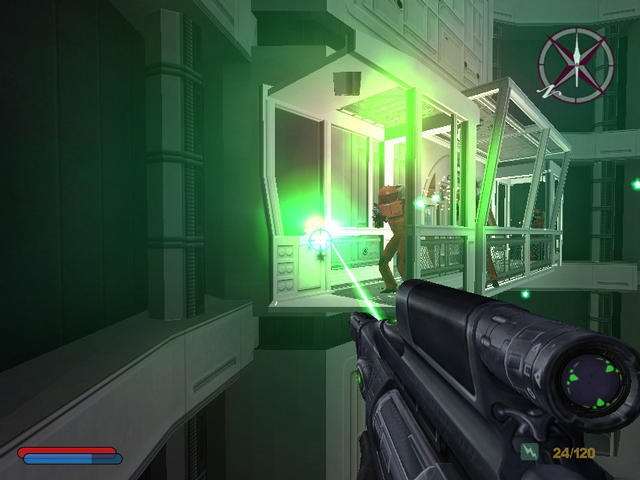 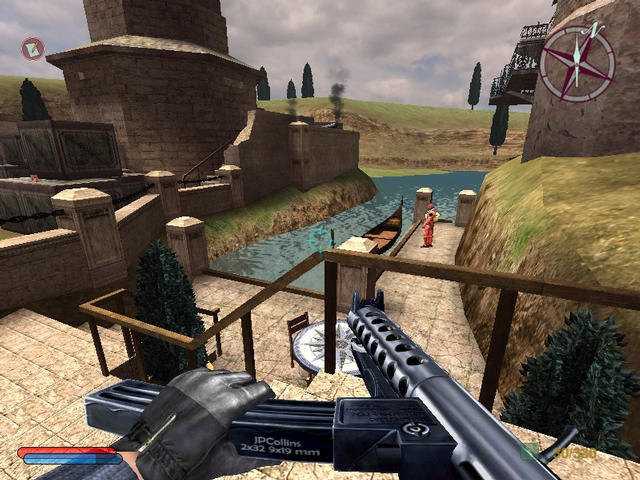 Contract J.A.C.K. is an odd addition to the No One Lives Forever series. Unlike the first two games in the series (where you play Cate Archer, a clever heroine of many talents); in Jack, you play an anti-hero who is a hired contract killer. Jack's abilities are strictly brute-force, shooting anything that moves kind of stuff.

J.A.C.K. takes place as a prequel to No One Lives Forever 2. You are hired by H.A.R.M. (the bad guys) for a job which puts you up against wave upon wave of thugs with various weapons. You make progress through each level, scavenging what weapons, health and armor you can along the way. As you turn each corner another group of thugs attacks you.

Gameplay is essentially classic first person shooter which is a throwback to games like the original Doom. Though, to J.A.C.K.'s credit, the bad guys have a few tricks up their sleeves. The AI for them is unusually good. They duck out of the way, they roll, reverse direction and use other tactics that will present a real challenge. Still, with some care and patience, it's not too hard to make steady progress against their assaults. Ultimately, gameplay ends up being somewhat monotonous.

There are other elements to play that generally involve some sort of fairly simple manipulation of an object to get past a certain area. For example, at one point you have to collect and charge batteries to power a drilling laser on a moon-base to gain access to a sealed-off section of the base.

I must admit, the moon-base mission was entertaining and fairly original, you even get to use a laser gun and keep it into the next mission as well. Also, there are some great character voices, like the rantings of the insane scientist over the intercom system that are in the humorous style of the No One Lives Forever series. Also, you are treated to a special in-space mini-game at one point.

J.A.C.K. seems to use the same No One Lives Forever series graphics engine, which looks good and performs very well, but also lacks some modern features like anti-aliasing (smoothing rough edges and such).

Overall, J.A.C.K. is a decent game. It's limited in scope to just being a shooter, and it's a bit short. But, the levels are enjoyable to play through. In the context of the No One Lives Forever series, it is a disappointment. The No One Lives Forever games are packed full of wonderful dialog and a great abundance of gameplay challenges. J.A.C.K. is watered-down in comparison.
Review Page Hits: 0 today (1,078 total)
mediahook