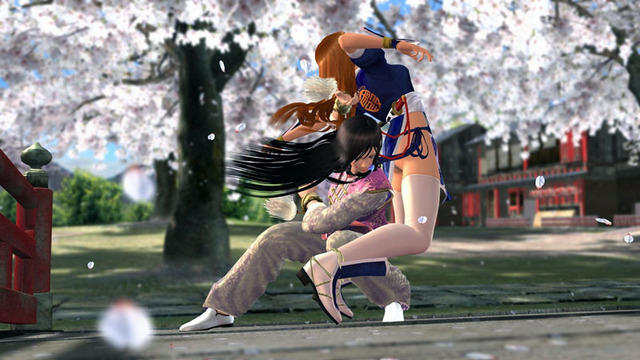 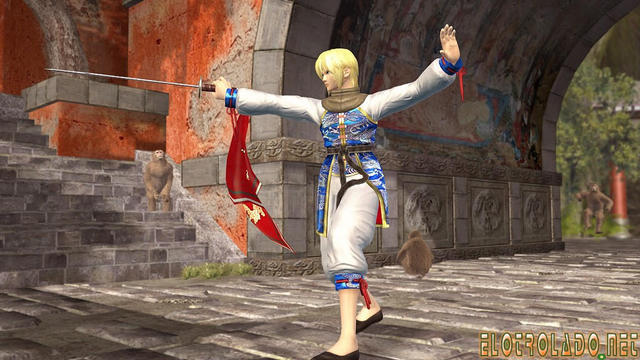 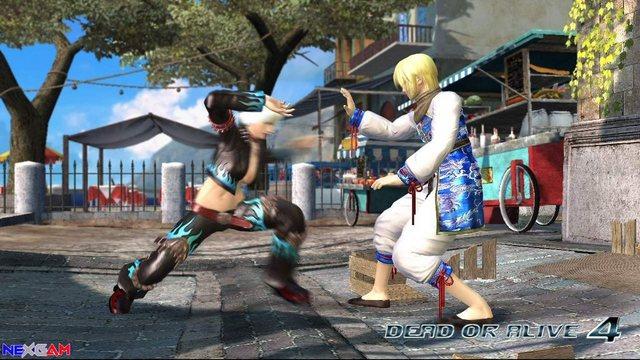 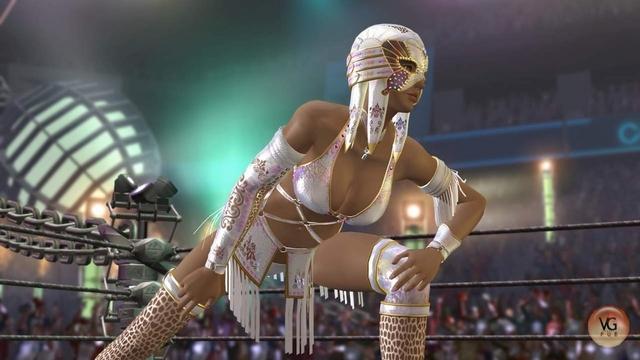 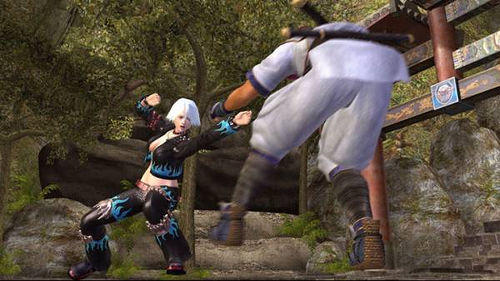 This is a great new addition to the Dead or Alive franchise that definitely adds to the value of the series. It looks amazing on the Xbox 360 and the new fighting system is spectacular, especially on High Definition, because the levels look incredible and the characters are very highly detailed.

The only downside is that the characters seem rather simple and only about two of them are new, three if you count Master Chief who has very limited amount of moves. The levels are very cool, though, and have multiple levels that you can go through on the actual map itself. For example, someone can knock you down some stairs to damage your character or throw you through some glass and you will fall down into a building. The fighting style on the Xbox 360 is very fluid and the motion feels very smooth, although sometimes you will notice that your fist or legs seem to go through the other character when you attack them. However, things are moving so fast that you will hardly even notice it.

Once you get online, the fighting style seems to lag out a little bit when you play with someone who has a bad connection. It makes things very annoying and may force you to leave a room and lose whatever winning streak you had up until that point. The online lobby system also feels very needlessly tacked on. They have a lobby that you wait in before you play a game and you can buy things to customize your character in it, or buy different lobbies and bigger TVs to watch people on in there. You have to play endless amounts of matches to get anywhere close to enough points to get anything worthwhile in there, and it's mostly a status symbol to have all of the stuff unlocked online. The fighting online can take forever too because, instead of matching you against others in the lobby, you all have to wait your turn to take on the champion in the room and it can get boring and take a while.

The sound is amazing. The songs all sound great and the noises characters make when they attack someone is mind blowing. For example, when you knock someone up against a wall, it makes a very nice and natural sound. They also have a lot of great Japanese songs in the soundtrack that are breathtaking, but may be very confusing and hard to understand. Some of the songs feel a bit weird too... for example when you beat all of story mode, the ending credits play an Aerosmith song which I found a bit strange for a Japanese fighting game... I didn't know Japanese people loved Steven Tyler.

The gameplay itself is a lot better than the last games. Now it's a lot harder to button mash your way through things and hope that you hit a special combo. The combos are very complex and there is now a very interesting block button that you can hit at correct times to counter your enemies and smack them back if you block at the right times. Although this does help people who like to "turtle" in multiplayer play that stand back and can block attacks when someone comes for them, counter attack, and then run away.

Note that one of the most difficult things about this game are the achievements. They are completely ridiculous, like getting all of the costumes consists of you beating story mode 4 times through to get all the costumes or beating time attack mode in 2:30 minutes to get a gold star or winning 100 matches in survival mode. For some people who want to unlock all the achievements this can be frustrating, but if you're in love with fighting games, then this will force you to master your technique and give you a lot of replay value to reach these very difficult goals.

It's the best fighting game out there right now and although it's quite simple and the story is out there, it's still very fun to play in multiplayer and I usually never get tired of it. I recommend it if you like the fighting genre.
Review Page Hits: 0 today (434 total)
mediahook