A thinking man's FPS/RPG that immerses you in an interactive world of choice. While there are some rough edges, overall this sequel is very satisfying. 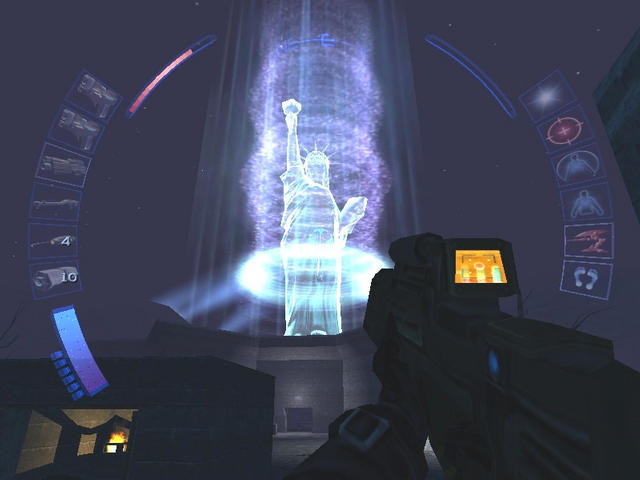 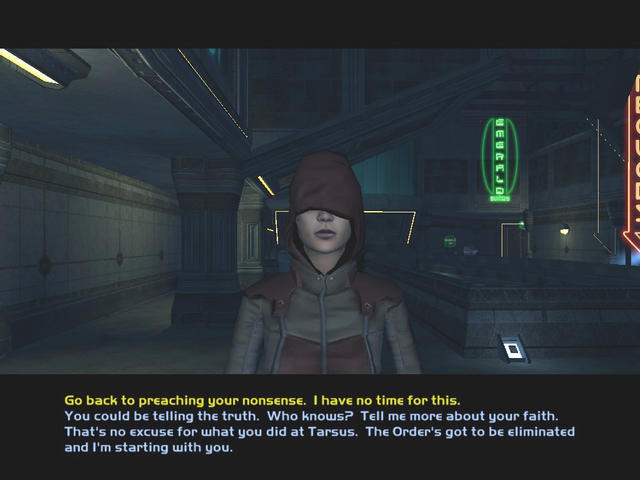 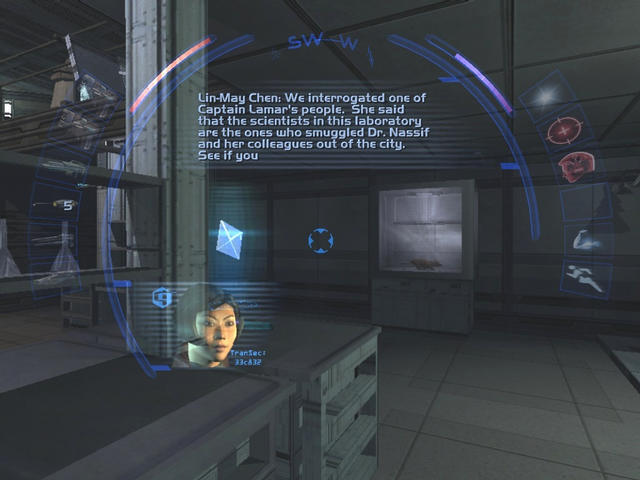 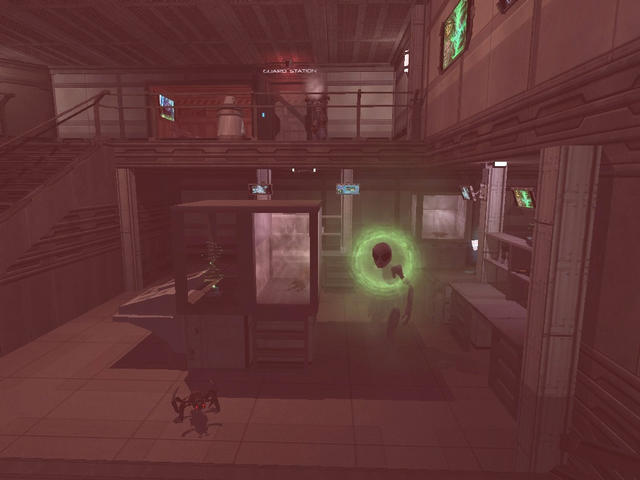 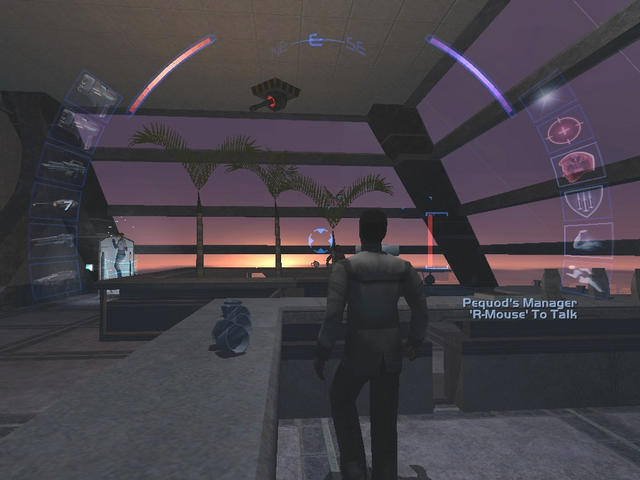 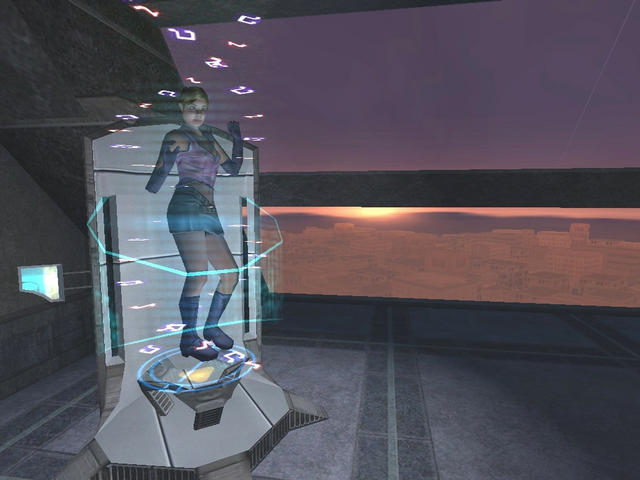 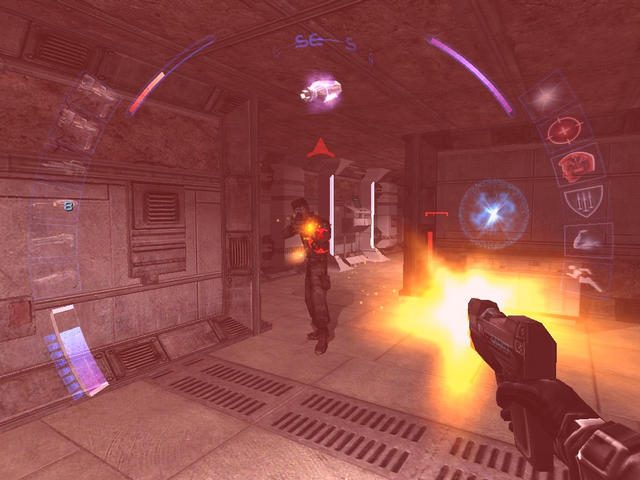 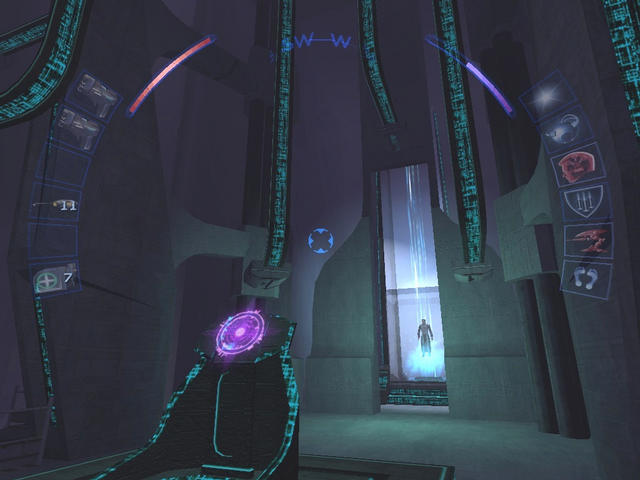 Deus Ex: Invisible War is the sequel to the award winning (Game of the Year), Deus Ex. The game picks up 20 years after the end of Deus Ex, with a new main character, Alex. Fans of the original Deus Ex will find much of the same elements in Invisible War, including: a highly interactive world, a brainy plot where conspiracies abound and nothing is black and white, personalized character development via bio-modification, weapons mods, and multiple ways to solve any problem.

Throughout the game, you will be presented with many choices: how you respond to various characters, what goals you complete, and how gain access to areas. You will be faced with conflicting goals from different factions. The game gives you a lot of freedom and this is basically one of its key selling points. When you find yourself blocked from getting into an area of the map, you typically have several choices you can make. What you do will largely be dependent on how you have developed your character. If you're playing as a brute, you might use grenades to blast your way in. If you're being stealthy, you'll sneak past the cameras in the shadows and use the ventilation system. If you're a hacker, you'll break into the computer and shut the security off. If you're a scrounger, you'll have some multitools to pick the locks.

The Biomods system is one of the things that make this game unique. Invisible War is similar to the original Deus Ex, but some changes have been made. You have 5 slots where you can load a bio modification (plus one that is for your light which can't be changed). For each slot, you have a choice between 2 normal biomods or a black market one. This can be somewhat frustrating in that you can't have them all and if you change your mind, you end up losing what you built up otherwise. However, as I played the game, I found this not to be a problem. There were plenty of mod canisters around and I was able to use most of the biomods at various stages in the game. One of my favorites is the Spy Drone (which allows you to send off an invisible drone to scout around and at higher levels you can make EMP attacks with it -- which do damage to electrical systems and enemies like bots and security systems). There are two kinds of invisibility, one for bots and security and one for organics (people). When used together at their highest level, it allows you to sneak right past anything. There are many more and there is much fun to be had in the game playing around with your newly installed biomods.

The weapons in the game are typical: pistol, shotgun, SMG, rail gun, rocket launcher, etc. However, Invisible War throws in a few twists. First, the ammo for all weapons in the game is the same. Each gun has its own characteristics with regard to damage; re-fire rating, range, ammo used per shot, etc. On top of that, you can also pick up weapons mods. Each weapon can be modified up to two different ways. Essentially, all aspects of a gun's basic properties can be enhanced (more damage, faster re-fire, longer range, ammo conservation, etc.). The limit of 2 mods per gun is a little frustrating, but like the biomods, you'll end up with a lot of weapons mods, and you can pick up new guns easily, so you can try most of the combinations as you play. There is also a nice assortment of grenades in the game, including a "scrambler" which can be used to turn an enemy's robots against them.

One of the trickier aspects of the game is that your inventory is limited. You can increase it somewhat by using the Strength biomod, but ultimately, you will need to make some choices about what sort of things you're going to carry around.

Most of the objects in a room can be moved around; in fact just bumping into them will have an effect. For the dead or unconscious bodies, Invisible War uses "rag dolls". The arms and legs of the body move freely, giving a more realistic effect. However, the bodies are otherwise indestructible, and tend to get in the way. So, you will likely spend some time in the game picking bodies up and tossing them out of the way. When you do, you'll see them fly across the room in an absurd manner. It's entertaining; though it does take away somewhat from the efforts the game makes otherwise to immerse you in a realistic world.

The game engine, based on the Unreal engine, will put demands on your system. I ran the game on an Athlon XP 2000+, 1GB ram, and an ATI Radeon 9700, but I still had somewhat jumpy game-play (likely due to low frames-per-second). There were also some issues with blocky graphics artifacts and holes. Additionally, my game crashed a few times and my quick-save got corrupted a couple of times. I recommend creating a new save file each time you enter a new map area.

One of the best aspects of Invisible War is the ending, or should I say endings. There are four possible endings, and it's fairly easy to replay just the last part of the game to see them all. Each ending is wonderfully satisfying and different. The choices you make in this game will change the world in dramatic and important ways. The great story and plot-lines come to very satisfying conclusions.

The Deus Ex Series was created and developed by a team at Ion Storm, lead by Warren Spector. Spector's long-time commitment to the vanguard of gaming shows from his resume, which includes games like the Ultima Underworld Series, System Shock, and Thief. These games, made years ago, were all way ahead of their time and the Deus Ex Series is the clear descendant and benefactor of the breakthrough these earlier games achieved.
Review Page Hits: 0 today (1,120 total)
mediahook