Burst Limit on IGN/cheats and more
unlockable content from gamefaqs

For fans of the anime, this is as close as it gets. If you have never heard of DBZ, you might need to get your fight fix elsewhere. This one is for the serious fan. 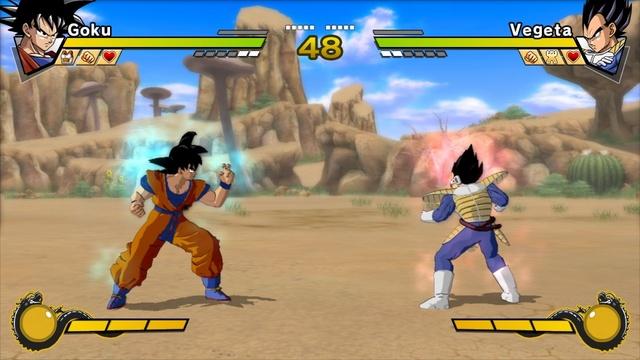 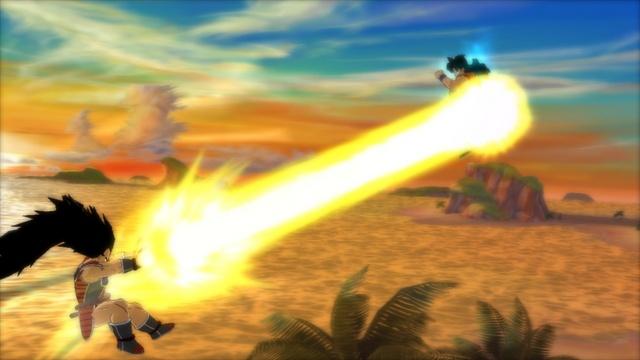 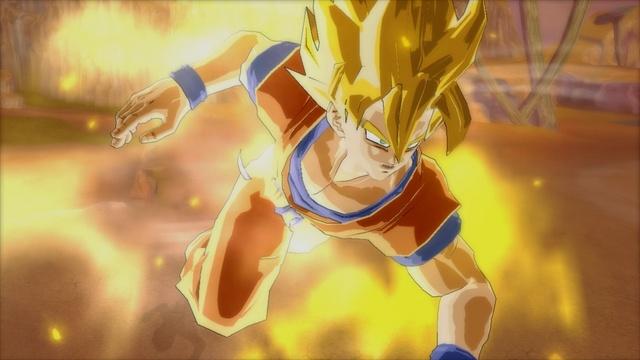 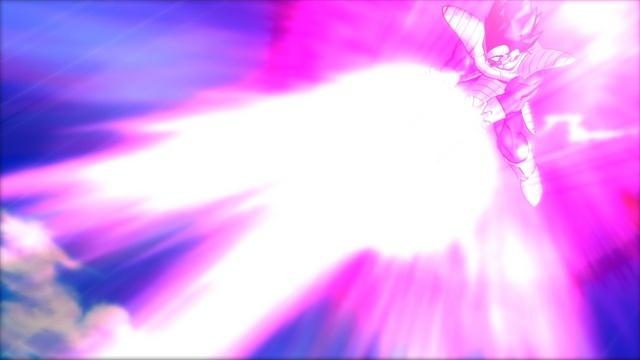 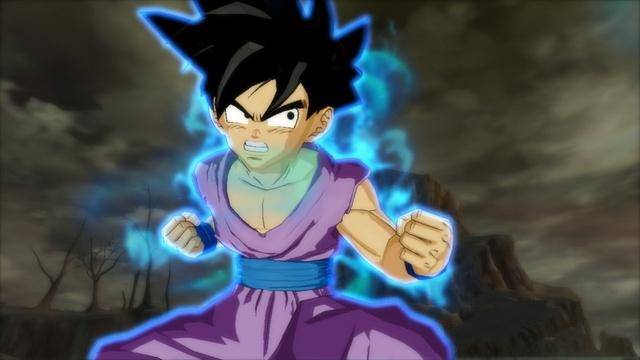 Dragonball Z: Burst Limit takes us back, once again, through the ever so familiar early to middle story arcs of the anime. Fans of the series will enjoy playing as their favorite characters, and in some cases, against them, as the story mode puts you in the role of the villain in many of the battles. In this mode you control whichever character that is applicable to that piont in the current stage. In the opening battle with Raditz for example, you will control Goku and Piccolo. A bit later, when Nappa and Vegeta show up, you actually get to control those villains against some of the lesser characters like Tien. Whichever character is supposed to win the fight in the story is the character you play. While this is not really that new a concept for DBZ games, it is a nice change of pace to control the bad guys in games to get a feel for both sides of a conflict. The main gripe people seem to have about the story mode is the lack of cutscenes. The game more or less goes straight from battle to battle, and if you have never watched the anime, you would not be able to tell what is going on, or who's fighting who, and why. They really assume you are a veteran of the series; but for those that are like myself, I'm kind of glad I don't have to watch the same scenes I've seen a hundred times before. At the same time, it seems like it wouldn't have been hard to include them and just made them skippable. The game takes you over the arguably three best arcs of the series, The Saiyan Saga, Namek Saga, and Cell Saga (my favorite). I would have liked to have seen the Buu saga to give it a little more length and Fusion characters, but if we had to do without one I guess that would be the one to lose. They need something for Burst Limit 2 right?

Graphically the game really shines. It's slick, detailed, and the characters and stages look better than ever. Also the best for a DBZ game so far is the effects from the special attacks, Kamehameha waves look just like in the cartoon, and clashing energy attacks look awesome. This is without question the best looking DBZ game to date. Series vets will notice some things, like Vegeta has his tail when he shouldn't, and other small things that don't really hurt the overall experience much.

The sounds in the game are excellent, minus the english voice track. The actors just sound flat, like they aren't into it anymore. Maybe they have been doing these characters for too long. It's not all bad, but sometimes you will hear something and it just won't sound right. The music in the game is average and what you would expect. I was happy to see that the rock style version of the opening theme is there, and really added authenticity to the feeling of playing the game. The attacks and battle sounds are just like out of the show, another great touch that lends to the feeling of actually playing the anime battles.

The battles in the game feel slower somehow to Budokai 3. They still retain the fast and furious feeling of the anime, if you can master pursuit attacks and instant transfer moves that is. The controls at times feel loose and make it hard at first to really nail the pursuit attacks. For a pursuit attack, you must launch your enemy skyward with an attack and then press L2 just at the right time to instantly pursue and keep pummeling them. If you execute the combo correctly, you can devastate your opponent with several attacks, and then send them crashing back to the ground in a heap of pain, complete with the whistling sound of them falling and the image as in the anime of them crashing in a cloud of dust! Perhaps this was made harder to do to keep people from abusing it, but it could still be a lot easier. Instant teleport dodges and counters require precise timing as well. It can be frustrating at first, but it does get easier. The game does have the usual practice mode expected of any fighting game, so you can practice your moves before tackling the harder difficulty levels. The first time you match your opponent's ultimate attack with your own super Kamehameha wave is awesome; the energy beams clash midscreen just like in the anime. The game then prompts you to work your four buttons in an attempt to overpower your opponent. This effect also happens when you lock in a flurry of fists with an opponent. If you have seen the show, you know when I'm talking about. The two characters move extremely fast in many directions with fists and kicks going too fast to see. You don't have control over the characters during these bursts of action, but you won't care because it's awesome! Button mashers will get by ok on the easier levels, but moving later into the game on Normal or above will require at least a little more skill with some of the more elaborate moves. This is a fighting game for serious fans of DBZ who can overlook the small things. These issues along with control and replay value keep this game from really being an A title. This game also adds an interesting new element to combat, the Drama Piece. I'll get more into that when I talk about replay value.

Replay value in the game can come from two things for the offline side of things, but unless you are a very serious completionist, you likely won't do either of them. First, the game has the usual rankings of how well you do in each stage, with "Z" being the best. Getting a "Z" ranking requires you to meet certain conditions, like a certain number of cinematics being displayed, how quickly you beat your opponent, finishing with a super, etc. Doing this on every stage on the harder difficulties would be an astounding accomplishment. The other thing to collect in the game are Drama Pieces. Drama Pieces are scenes you collect that have different effects on the battle. It could be anything from Krillin or Piccolo coming in and knocking your opponent away when you are in trouble, or bringing you a senzu bean to restore your health and energy. This works for your enemies too though, so sometimes when you are winding up a big finisher at the end of that combo, your combo can get disrupted. This adds a great new dimension to the battles though, and makes things much more interesting. The negative to this is that the scenes are the same each time, so you will see Krillin come in a lot and smack either you or your opponent. All the Drama Pieces are collected by meeting certain requirements in Z Chronicles mode, with the exception of one piece you gain from completing the tutorial (which you should do anyway to learn the moves you will need). Some of the conditions to get these pieces are quite difficult, like performing a super to finish your opponent at under 50% health and over 50% fatigue etc. It's easy to get enough pieces to finish story mode just by playing through the game normally though. You don't have to spend a lot of time going after the hard to obtain unless you just want them.

Overall, it's great to be able to play your favorite DBZ characters looking so good with all their authentic moves and powers. Some of them are unbalanced, but they are in the anime too, so I didn't see this as a negative, it just added to the authenticity for me. If you want more of a challenge, take on Frieza or Vegeta using one of the weaker characters rather than the Super Saiyans. This game has almost everything a big Dragonball Z fan like myself could want, but comparing it to other fighting games out there, I just can't give it an A. If you are not a big fan of the anime or have never seen it before, you might want to give this one a rental first, as it seems it was really made for series veterans. Big fans of the show and of the previous DBZ games will find a lot to like here.
Review Page Hits: 0 today (721 total)
mediahook