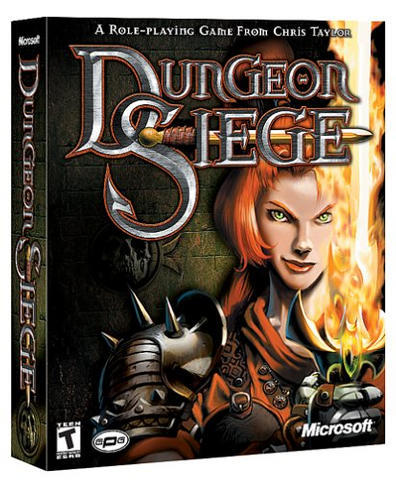 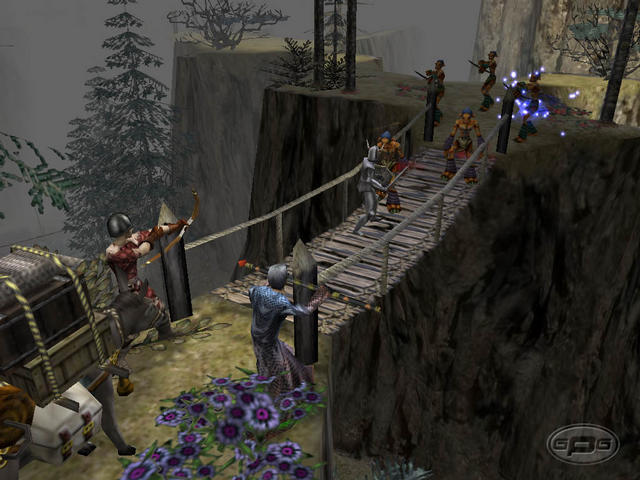 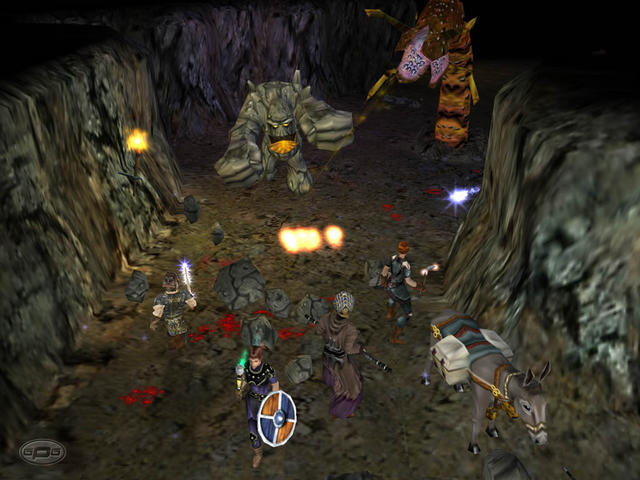 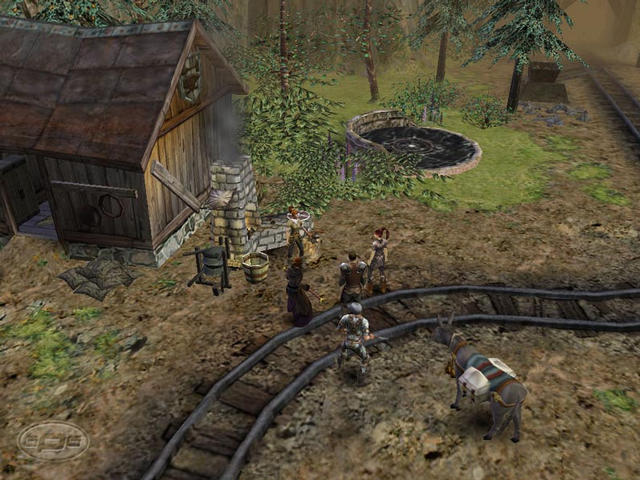 Ever since the Diablo series made a ton of money for Blizzard, developers have been crawling all over themselves trying to create the latest and greatest action-RPG to hit the market. So it was with much hype that Dungeon Siege laid siege to the PC gaming market with gamers expecting only the best. While fans of the "hack and slash" RPG genre might think this game lives up to its expectations, other gamers are sure to be either disappointed or bored at one point or another in the game. As the title says: If you still enjoy the game after the 7,258th goblin death... Well, then this game is for you.

Our Dungeon Siege story begins with a young farmer minding his own business with the village crops. Suddenly out of the blue, strange two-legged creatures known as Krugs invade his serenity, and force him to pick up pitchforks, shovels, or whatever else he can find to do battle with. After fighting his way through the new foes, our hero finds a dying old man who confesses a secret. Given a new quest, our hero must fight his way through dangerous lands and Krug infested territories in order to carry out the dying man's last wish.

If you're looking for strategy or a grand story in your RPG, I regret to inform you that Dungeon Siege is not your game. Most of your gaming in Dungeon Siege will be spent clicking away as you hack and slash your characters to higher levels. Speaking of leveling, the system is pretty easy. If you'd like to upgrade your archery, then kill everything with a bow. If you'd like to upgrade your combat magic, then kill everything with combat magic. The more you use it, the more powerful you get and the higher your basic attributes such as strength and dexterity will rise. Equipment is fairly straight forward as well. Different items require different minimum attributes before they can be equipped. So for instance, in the beginning of the game you may wield a sword that requires your strength to be 12, and then a few hours later find yourself with a sword that requires your strength to be 15 because of your upgraded stats.

While this may make the game sound boring, it can actually be fun at times. You are allowed to have several henchmen with you and it can be fun picking occupations for everyone and slowly leveling and equipping them with better items. If you'd like to take it to a new level, you can always try multiplayer. Although it doesn't have the same large crowds it used to carry when Dungeon Siege was still a new release, you can still find some good multiplayer servers. In multiplayer, the game even provides you with an entirely new map.

The graphics in Dungeon Siege are beautiful. It's one of the best looking "hack and slash" 3-D engines ever and has sounds to match. The music is outstanding and provides a real sense of chivalry with your hero. The system requirements aren't too bad with Dungeon Siege and it is actually one of the few games in which you can still turn the graphic details up with a lower end video card. Dungeon Siege also has a very large mod community at the moment. So be sure to check some of the links in this review for some of the user created content. Because of the toolset's difficulty, a mod community as large as games such as Morrowind or Neverwinter Nights never blossomed, but there are some clever inventions out there.

If you're convinced you're the type of gamer who will enjoy Dungeon Siege, you may try searching for its expansion game, Dungeon Siege: Legends of Aranna. The expansions actually include the original game and the expansion content so you'll get everything at a good price. If you prefer to stick with the original Dungeon Siege game, it's very easy to find on the Game Trading Zone. There are plenty of copies available and the game sells for a cheap price these days so you won't have to give up much for it. Right now, at its low trade value, Dungeon Siege is a game worth checking out. When it was still a new release, I couldn't say the same thing but it's definitely entertaining enough to give it a try now.
Review Page Hits: 0 today (471 total)
mediahook