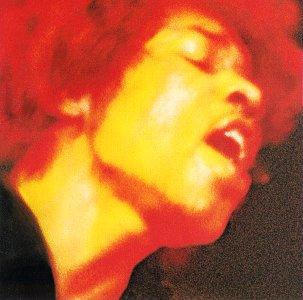 Myself, being one of the biggest Hendrix fans you'll ever meet, can tell you that this is some of his best work. It's a shame this had to be his last studio album before his death, and First Rays of the New Rising Sun definitely showed that it may have gotten better had he a chance to work on it more. To those that don't know, First Rays is a compilation of what may have been his next big album, released posthumously by Experience Hendrix/MCA. Now, about Electric Ladyland...

First, it should be known that this wasn't perfectly up to Jimi's par. Before the album's completion, the effects had to be entirely redone, due to improper conversion. The effects tend to show their age. There's a bit of crackling on '...And The Gods Made Love'. It was really a larger step into what Jimi wanted, freedom for his artistic abilities, rather than being tied down by his manager, and he produced this himself. He was given complete freedom on what he wanted to do, and yet he still created some truly timeless classics without the help of Chas or anyone else besides maybe his engineer, Eddie Kramer.

This album is said to be his best, by many. And it may be true, due to the fact that his upcoming album, unnamed at the time, was never released. I truly believe that if Jimi would've been around a little while longer, his 4th studio album may have been able to surpass this, at least judging by what I've heard on First Rays. This album (originally released as a 2 LP set in 1968) included some of his better known tunes such as 'Voodoo Child (Slight Return)', 'Crosstown Traffic', and the excellent Bob Dylan cover 'All Along the Watchtower', in which Jimi played bass himself. He actually recorded the song during his Are You Experienced? recording sessions, but was afraid to release it right away, since he seemed to feel inferior to Bob Dylan. It's a good thing he overcame his shyness, I don't know what it would be like without being able to hear his excellent rendition!

However, even without Noel Redding for most of the album (he walked out halfway through due to some conflicts regarding too many rehearsals, and probably other things not mentioned to the public). It still turned out excellently. Personally, I enjoy Billy Cox (Jimi's old war buddy, and bassist for the Band of Gypsys and the reformed experience in 1970) and think he's a much better bassist. His catchy driving beats stick with me like a catchy radio-friendly song. It's a shame Noel didn't stay around for the ride, though, as the ability to work with a god doesn't come often.

However, even though I complained about the production, you can tell that the quality is significantly superior to the production quality of Are You Experienced? and the 1968 release Axis: Bold as Love. While I wouldn't recommend this to newbie Hendrix fans, I'd recommend it to anyone that's willing to hear some truly great music that doesn't consist of all radio-friendly tunes that some are programmed to like.
Review Page Hits: 0 today (560 total)
mediahook