The rarest NGPC game around, is pretty good too. 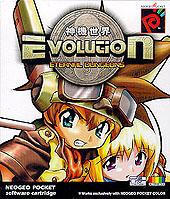 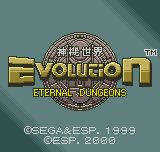 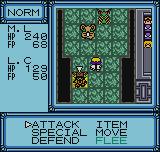 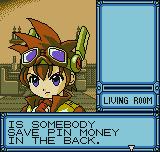 Evolution: Eternal Dungeons is a traditional RPG that anyone can enjoy. Much like its Dreamcast counterpart, you play as Mag Launcher, a hero strapped with an ancient device on his back known as a Cyframe. He is an adventurer by his own right, and must take random jobs to pay off his debt. But unlike the DC version, this one is more fun.

Gameplay - It's a traditional RPG, so game play basically consists of getting work and going out to dungeons in order to find items you are looking for. Battles, neither frequent nor scarce, bring a certain level of challenge to the game. Battles can also be avoided if you are low on health, which makes the game move rather smoothly. Picking your team is limited in the beginning, but is essential to finishing the game later on. Finding the right team is harder than you might think because the list of attacks/defense/spells is rather long for each character.

Graphics - Some of the best you'll see on the Neo Geo Pocket Color. Animations are smooth during battle with nice effects for the varied attacks and spells.

Sound - The music is repetitive, but you'll learn to get used to it. Everything is done with text boxes, so there is no voice acting. Effects of spells and attacks are done rather well and fit with the end result.

Overall this game is very entertaining and challenging, and should be amusing for any RPG fan or NGPC owner. The only problem I have would have to be the replay value. The only thing there is to do once you beat the game is to go back to a random dungeon to further level up your party. But if you can afford the hefty price tag, and find it, no doubt you should pick it up. Evolution: Eternal Dungeons is an essential for any Neo Geo Pocket Color owner.
Review Page Hits: 0 today (501 total)
mediahook