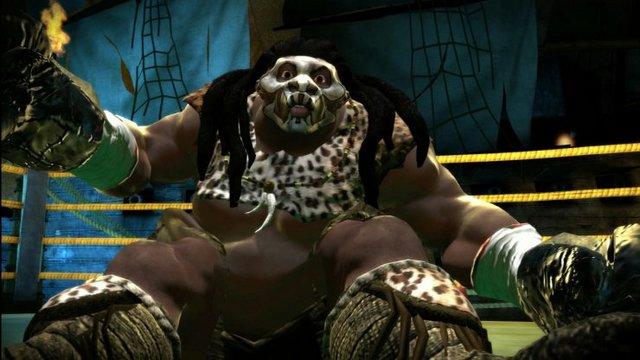 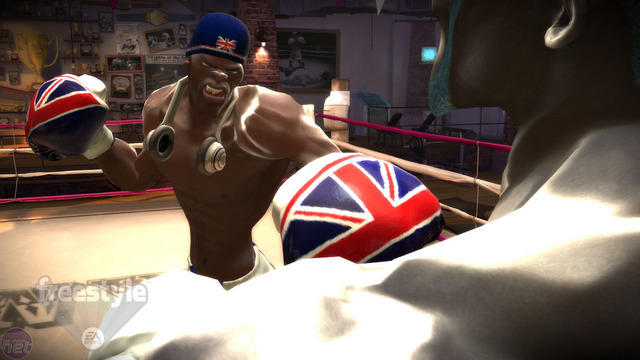 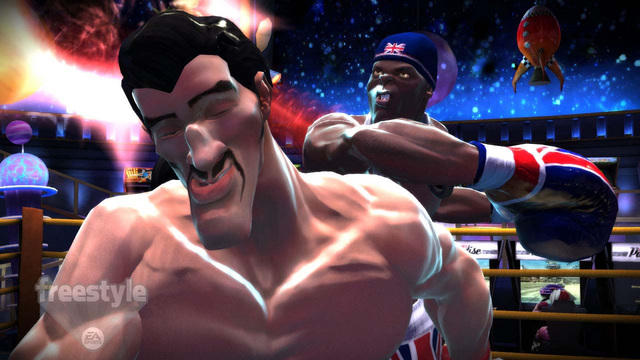 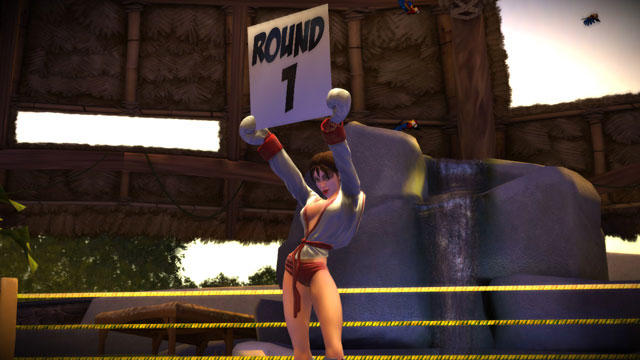 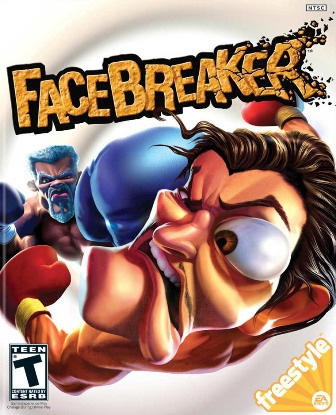 Facebreaker features what you might expect from an arcade boxer: vibrant, quirky characters, a simple control scheme, and a smooth ebb and flow to its gameplay. However, the game is often too fast pace and uneven difficulty keeps it from being an enjoyable game from start to finish. While the developers of Fight Night haven't polished Facebreaker as much as their sim franchise, they've still delivered a fun, engaging experience.

Facebreaker is built around a three button control scheme and a twitch parry system that will either keep gamers coming back for more or completely turn them off. Despite only using three buttons for punches, the boxers in Facebreaker can pull off a wide variety of attacks and combos. Landing punches in succession fills up a meter that, when full, allows gamers to end the game in essentially one punch - a Facebreaker. Because the meter empties when a boxer is hit and because players will spend most of the match trading punches with their opponent, filling up the Breaker meter is rather difficult, and even then the Facebreaker punch is slow enough to make it hard to land in the heat of a match. But while Facebreakers are rare, the Breaker meter can be used when it isn't full to deliver other devastating punches and combos; these don't end the match, but they're effective, fun to watch, and satisfying to pull off.

Each boxer has their own individual Facebreaker and fighting style to go along with their unique personas. The characters tend to be stereotypes on one end of the gamut or the other, but regardless, they're visually and stylistically appealing and unique, and full of personality so no two characters feel similar to each other. They are animated smoothly and look great in the limited (but varied) locales - their mugs are particularly well crafted after taking a beating. The boxers are generally balanced regarding speed, strength, and reach, but there are definitely a few on the roster that are completely brutal in the hands of a skilled player or the CPU. This is where the game falters.

The CPU is relentless and mixes its punches well; executing dodges and parries is difficult, especially when you're backed into a corner. What's nice is that matches aren't meant to be mindless forays into the ring, but some fights can devolve into futile button mashing contests. The AI follows specific strategies for each boxer, so gamers are forced to learn their opponents' tactics and develop a counter-strategy if they want to win. But the AI doesn't always give you any time to recognize their strategy, let alone form your own. If you can't adapt to the game's speed then you don't stand a chance, especially against the computer - the AI on higher difficulties and later matches just counters too well and times its punches too perfectly. It can be maddening, especially since the gameplay itself is solid.

Despite this, Facebreaker is still worth a try. The game can be frustrating but it's not impossible. Adjustable speeds, difficulties, and practice and tutorial modes help. Unlocking characters, boxing rings, and costumes is done simply through playing the game, not by beating it, so even if you can't get past a certain point, you can still unlock everything by going through whatever matches you can with different characters. While the game doesn't offer much in the sound department outside of some nice licensed tracks, the game looks great and ultimately, is a lot of fun and worth a try.