My God of War Review

Rage of the Spartan! 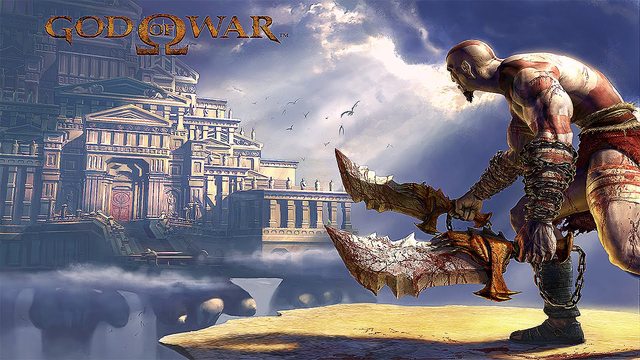 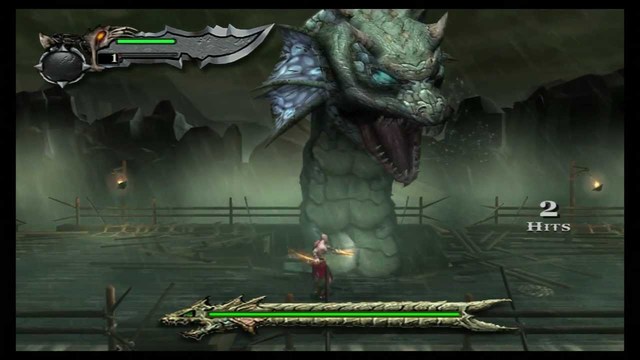 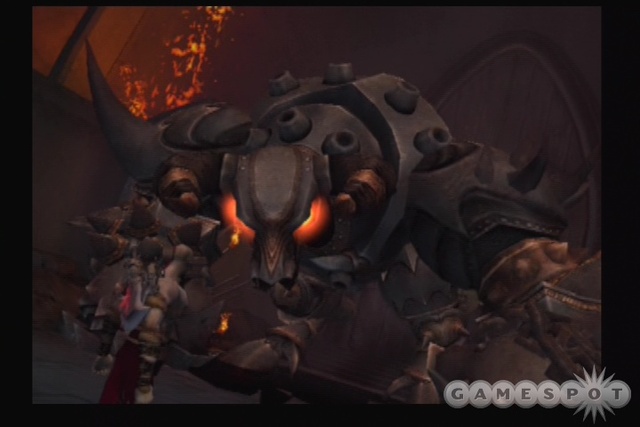 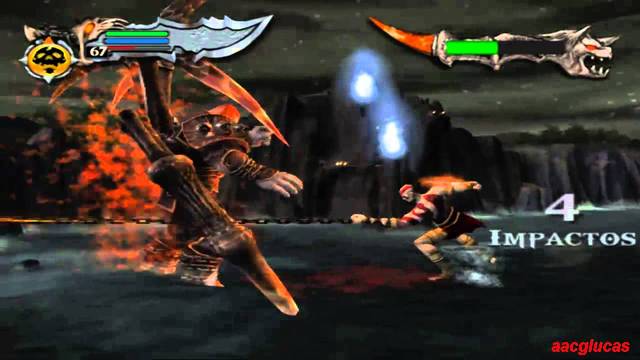 Concept:
Take on the role of the general of Sparta Kratos who has turned slave to the god of war Ares, then revel in Spartan glory as you turn into a spirit of undying vengeance against his master Ares in an over the top action/adventure that sends you in an epic and bloody journey for revenge!

Gameplay:
This is a hack and slash game at heart with numerous quick time events (QTE's), which means at the end of most boss and mini boss fights you will be mashing a corresponding button the game tells you to in order to perform glorious executions on your enemies. The game's setting takes you from exotic Greek locales such as Athens to mythical lands such as Pandora's Temple and even the depths of Hades underworld. While the game offers some breathtaking scenery with adept camera angles as you are traversing the landscape, do not expect to veer off and get lost within these lands as the game is rather linear and forces you in one overall direction most of the time. There are some hidden secrets to be found as well as an array of weapons and magic to allow Kratos to build and grow throughout the game. You start off with the Blades of Chaos. 2 cleaver-like serrated blades chained and bound to Kratos' forearms which you can swing around to your liking to carve and hack up foes as you please. You then proceed to unlock an additional melee weapon as well as cool magic upgrades given to you by the gods themselves that range from Poseidon's lightning to Zeus' thunderbolt and even can eventually call upon the wrath of the dark lord Hades himself by using the souls of the dead to do your bidding for you. You can also upgrade all of these abilities as well and unlock more combos and perks the higher level you achieve for each of them, which encourages you to spill more blood and fill up your blood counter to unlock all of these upgrades. Also, while not frequent, you do face some pretty huge boss battles that are indeed quite memorable.

Graphics:
Back in 2005, The character models and environments were really put together well for its time. However, depending on which version of the game you play, they may range from extremely dated to passable. I am reviewing the original PS2 version so the graphics may feel dated if experiencing them in the present time. The original PS2 version had darker lighting, scenery and blocky character models and I believe it capped out in 480p standard 4:3 ratio. The PS3 remastered version improved on this by offering 720p resolution in a 16:9 ratio during most gameplay segments. Overall, to date, the PS3 version still isn't perfect, but is impressive. Kratos' design is expressed in a robust manner. The markings on his body from the paint to scars clearly show the horrors he has witnessed and been through. Regardless of what version you are playing, the environments in this game are simply astonishing and really re-invent the feel of Greek Mythology. From Pandora's Temple, to the city of Athens, you should be completely overwhelmed by the amount of realism this game offers in terms of artistic scope.

Sound:
Another part of this game that really manages to hold its own is the musical score. I have the soundtrack on my computer still and phone and listen to it from time to time. It is that memorable. Some of the music makes you feel as if you were sent back to ancient Greece, and makes you want to join Kratos in his bloody quest. Other sound effects offer you guilty pleasures such as ripping a guy in half, only to hear the sound of his bones and organs ripping and crunching apart. It will definitely allow for some stress relief after a hard day's work. The voice acting is also surprisingly well performed. Actor T.C. Carson does a superb job at bringing the Ghost of Sparta Kratos to life. The supporting cast that revolves around him does the job well too as they really make you feel like you are consumed within the ancient Greek mythology.

Controls:
The character movements during the gameplay are pretty fluid. They possess a certain artistic style and finesse. Moving Kratos around and performing combos and attacks are simplistic and easy to achieve. Some of the button configuration during quick time events may be offset and unresponsive at times, but it is rare that will ever occur unless you miss a contextual timed button press and are too slow. Some platforming can become annoying at times, especially when balancing on a tightrope or thin board. You have to go slow and take your time during these segments or else you may find yourself tossing your controller in sheer rage. The fixed camera angles do not get in the way for the most part as well. Just take your time and use extra special care during those platforming sections. I cannot stress that enough.

Replay Value:
There can be lots of replay value to be found here depending on how you play. The addictive gameplay alone will have you wanting to hone your blood lust skills as you attempt even the hardest Titan difficulty to unlock all of the upgrades and become the ultimate God of War. With that being said, the game is quite short and a speed run can be achieved in a little over 5 hours or less. If you take your time like I usually do then you can cap out at around 8 hours on a normal play through.

Overall:
If you are looking for a simple hack and slash action game with a refreshingly unique and compelling story that expands over the course of several games, while overlooking the short length and minor platforming annoyances, then this game will suit you just fine as it has served me for over a decade. I still return to this series from time to time to replay all of these games in chronological order because from the story to the engrossing and brutal combat, it just satisfies on all fronts for me.
Review Page Hits: 2 today (640 total)
mediahook