Harry Potter and the Order of the Phoenix (Xbox 360)

Order of the Phoenix is without a doubt the best entry in the Harry Potter series, as its impressive 'go anywhere' gameplay style is every fan's dream come true. 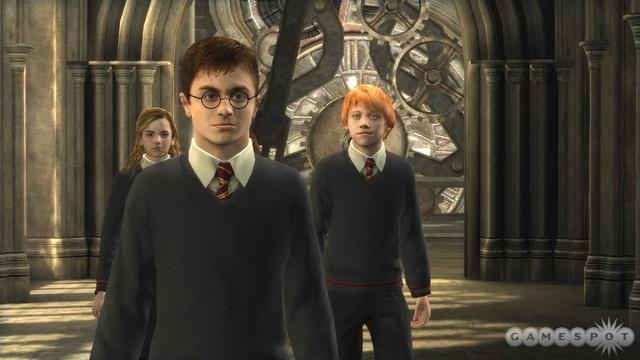 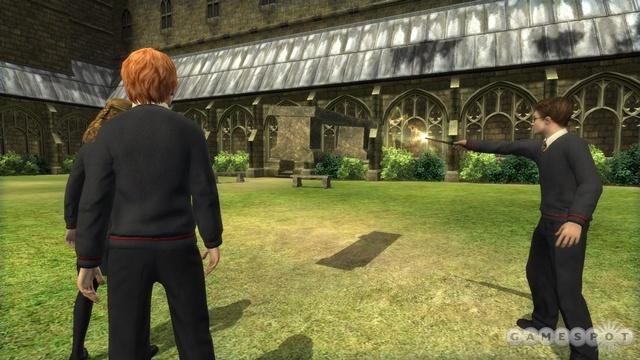 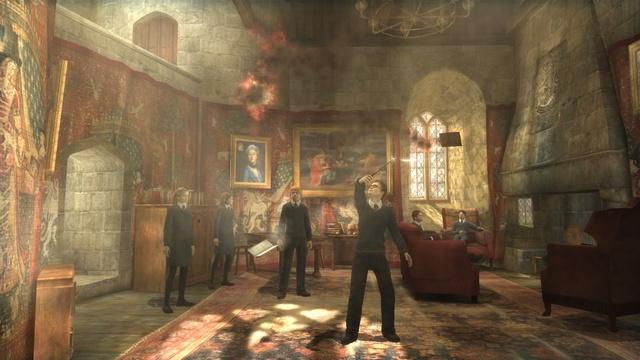 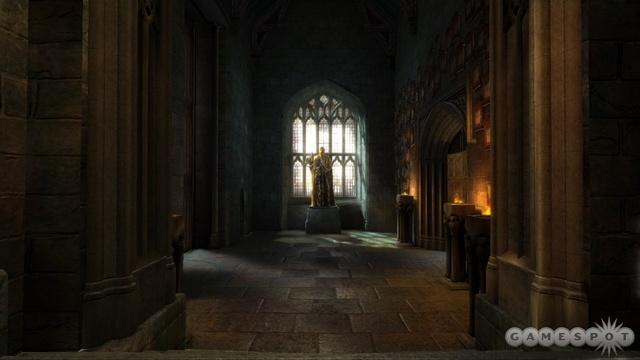 Everyone who hasn't been living under a rock for the last decade knows of Harry Potter and the massive phenomenon it has become. Selling over 50 million copies worldwide and making author J.K. Rowling the richest person in the UK, the series is no slouch when it comes to fan support. With a franchise like Harry Potter under your wings, it is almost impossible to fail at creating successful games, even with the past games proving to be annoying fetch-quest affairs. Rightfully so, EA has done a spectacular job at re-inventing the series, proving that staying true to the movie and adhering to the love of the books can make a game all fans will enjoy.

Following the plot of the movie almost exact, Order of the Phoenix sees Harry Potter starting his fifth year at Hogwarts. With Voldemort regaining power in the previous year and half the wizarding community thinking Harry is a liar, year five at Hogwarts is not the most pleasant. To make things worse a new Defense Against the Dark Arts makes Harry's life a complete nightmare all year long...until Harry finally decides to take matters into his own hands. For those of you who have not yet read the book, the description has been kept vague in order to risk spoiling any of the key plot twists. Even if fans of the book already know what happens in the movie, trying to follow the story in the game is a grueling task for anyone. The story at times often feels convoluted, jumping from section to section almost in seconds, and unless you have subtitles turned on it might be hard to catch exactly what everyone is saying. Still, those fans hoping to catch a glimpse of the movie early will not be disappointed by the amount of content available throughout.

Hogwarts has been beautifully re-created entirely from the ground up and the overall result makes the latest game almost feel like a wizarding version of GTA. At any time throughout the game Harry is free to roam the school at his own pace. While some scripted events happen occasionally throughout the story (usually to move things along so you just don't waste your time doing mindless tasks), there are really no boundaries to withstand at all. Every corridor, classroom, dormitory and staircase has been depicted to near perfection as modeled from the movie sets. This is truly the most open and worldly atmosphere of any Harry Potter game to date, and even the most specific details, such as students yelling at Harry in the hall or even portraits that move independently along the grand staircase, adds a sense of excitement to fans who will try to name every person and thing they come across.

Combat in Order of the Phoenix is probably the biggest change in the series, and-surprisingly-the best. Instead of hack and slash battles as in the previous titles, wand commands are now directed onto the right analog stick. By moving the analog stick in different directions you can then cast corresponding spells. For example, tapping the analog stick twice will cause Harry to move objects towards him, while tapping in the opposite direction moves things away. Dueling is also an important factor in this version as well since almost every person at Hogwarts hates Harry on some personal level. Dueling will happen often, and while the same basic rules apply to the other spells, it feels as though everyone takes turns casting magic rather than the frantic, colorful battles as seen previously. With the action mapped mostly to the analog sticks, combat is easier, and feels intuitive, sometimes as if the wand were in your very hands...

Once Harry starts learning new moves he can than use them any time he wants. While wandering around Hogwarts there are many secrets to unravel, such as broken objects, hidden statues, and talking portraits. By utilizing everything you have learned through the course of the game you can ultimately uncover new secrets and earn rewards. The more magic you perform around the school, the higher your discovery rank will rise. Discovery ranks not only make your spells more powerful as time goes on, but they also unlock special goodies that can be viewed anytime in a cleverly titled "Room of Rewards." Such special rewards include interviews with the cast from the films, new costumes and outfits, and even some hidden spells.

As you roam freely around the grounds you will come across an assortment of tasks to participate in. The usual story related affairs are plentiful, as well as minor mundane tasks that don't follow the story at all. There is also a wide assortment of minigames to partake in if you happen to be in the mood for a slight change of pace. Wizarding chess, gobstones, exploding snap, and more delightful games mentioned throughout the series are all wonderfully created and are available to play at any time. Challenging champions from different houses and working your way up the ranks to become the ultimate Hogwarts victor at every specific game can be incredibly addicting, however don't let the sporadic AI cause you to complain from time to time.

If playing minigames isn't your thing, than you can simply head straight for the main tasks and play through the storyline. These different tasks can range anywhere from helping Fred and George hide cases of fireworks to searching for ingredients for Potions homework. The diverse amount of tasks available helps encourage players to fully make use of the huge castle. But while there are various amounts of tasks to do, many of them require little or no skill at all and usually involve simple fetching tactics. Not to mention many of the tasks give no explanation or helpful clues as to what to do next (which is the case where you have to search the entire school for five talking gargoyles) and completing tasks can often become repetitive and frustrating.

To help make navigation much easier, everything is located in your own personal Marauder's Map. By using the Marauder's Map you can essentially find the location of every place and person within the Hogwarts grounds. By selecting a certain object, black imaginary footprints appear (similar to those shown in the movie Prisoner of Azkaban) to give you a sort of GPS direction on the most direct route to take. While this is a great idea in theory, the overall execution falls short due in fact that the prints always move way too fast for you to follow at times and walking through narrow corridors and staircases can often lead to confusion and backtracking.

Visually, Order of the Phoenix looks fantastic with enough flair and Harry Potter memorabilia to make any fan happy. All of the locations look very much like the movie sets that at times it feels like you are actually physically standing among the cast. Many of the locations that get vague references, such as the school's Aqueducts or Trophy Room, are also created to look just as stunning as the remaining locations. Even the characters look good despite their lack of facial expressions, and all of the main characters look true to their real-life counterparts. Students even sport different color clothing that corresponds to their houses, which is a nice but subtle detail.

While the visuals got a complete overhaul and turned out to look great, the same cannot be said for the overall sound. The music gets recycled way too often for its own good and character dialogues (especially those being said by extra characters) get boring fast as none of them say anything remotely interesting. The biggest noticeable offense, and one that was butchered throughout the game, is the terrible voice acting. While many of the movies' stars reprise their roles, there are blatant moments when characters suddenly speak without British accents or girls sound like men and vice versa. Its quite noticeable if you happen to have seen all of the previous movies and know what every character sounds like, but it shouldn't be enough to damper your fun.

Order of the Phoenix is without a doubt the best entry in the Harry Potter series to date. Its impressive 'go anywhere' style of gameplay is every fan's dream come true and the amount of freedom available in the game will keep players interested for a long time; just don't expect to return anytime soon once you finish the story. Anyone hoping to play this game without first reading the book may be turned away by the constant bombardment of Harry Potter subtlety, but diehard fans will be hooked from the start all the way to the climatic ending.
Review Page Hits: 0 today (172 total)
mediahook