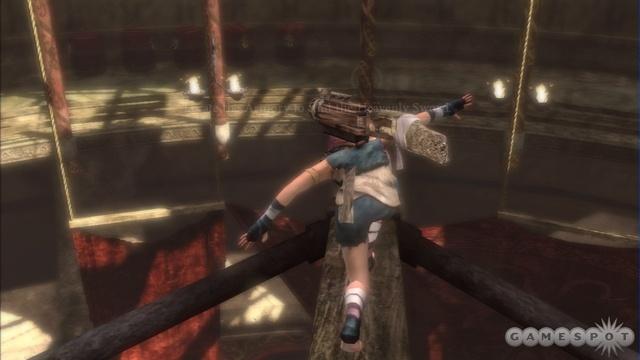 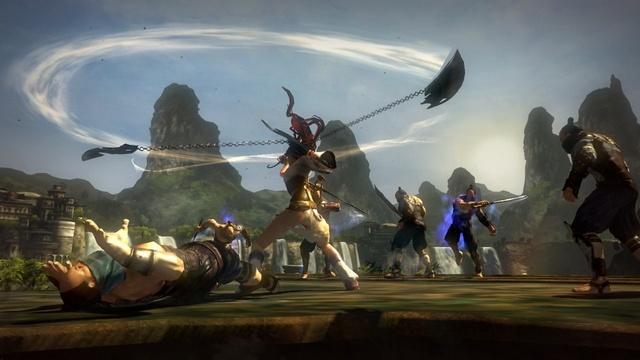 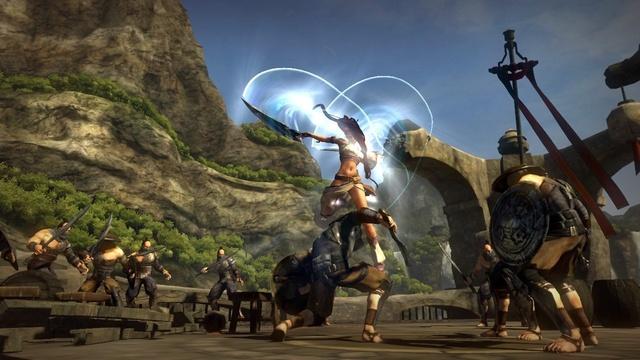 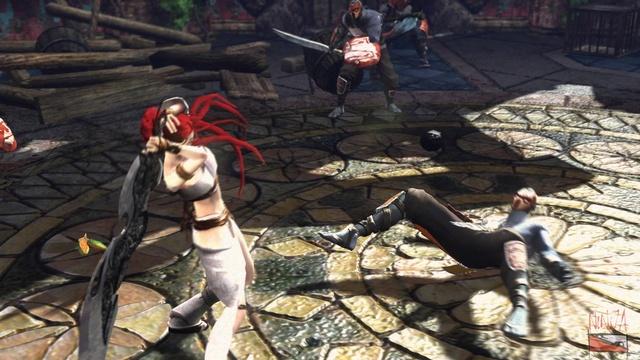 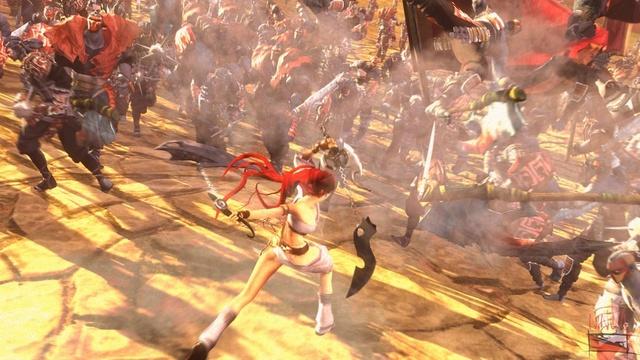 Heavenly Sword is an engaging and quick paced adventure enjoyable in long play sessions or in short bursts. The combat is fast and furious and the characters and environments are beautiful. As usual, a beautiful woman battles hulking enemies with a weapon that weighs as much as she does and fights in strips of fabric, but she's so amazing you can only forgive her.

The graphics in this game leave very little to be desired - the locales are lush and detailed, the character models stunning, the lighting and motion effects very clean. The blurring effect when steering Kai's arrows is awesome. Nariko moves through her animations fluidly and quickly, and some of the moves are a sight to behold.

"Goddess of War," this game has been called this many times and for good reason, but if imitation is the sincerest form of flattery then the God of War team should be honored, combat is clean and fun and doesn't get to boring, thanks in part to the build your own combo type combat style and the fact that the game isn't too long anyway. The levels involving Kai involve using her crossbow, "twing-twang" and were my favorite part of the game, I found myself going back and playing just those levels several times because they are just so fun. While you can use the Six-axis motion control to steer the arrows you will want to turn it off in later levels in exchange for the precision offered by the analog stick. Steering an arrow through fire and then looping it back around and into an explosive barrel sending enemies flying may be an old trick, but when it's this clean and this pretty you won't mind.

The story of the game is fairly average. The "chosen one" must defeat the evil king in order to set things right. You have seen this before. The game starts where it ends, but you get to go back and give it another shot and try to make it right. (Sounding familiar yet?) But even for all this it is pretty well-written and Nariko is a very engaging character so the game doesn't suffer from it.

The game is quite short, and experienced gamers probably wont find a huge challenge until the very end of the game, though you may have to try a few strategies on some of the level bosses until you finally beat them. Playing quickly the game can be completed in just under eight hours, this is not all bad because if you only have a little bit of time you can load up Kai's levels and have a little fun flying arrows into enemies. Getting perfect ratings on each level will take MUCH longer than this though, and there-in lies the replay factor in Heavenly Sword. Getting the maximum rating on the levels will take more than one play-through of each level, however you can pick your levels individually up until the point you have progressed so you don't have to play through the beginning of the game every time to attempt the later levels again.

At the end of the game I was glad I took the time to play Heavenly Sword, the experience was satisfying, the gameplay was satisfying varied for this type of game between the action levels, Kai's level and cannon levels, and the beautiful environment will keep you waiting for what's coming next.
Review Page Hits: 0 today (1,200 total)
mediahook