World Invitational: Is the Hot Shots crew swingin' or shankin'? 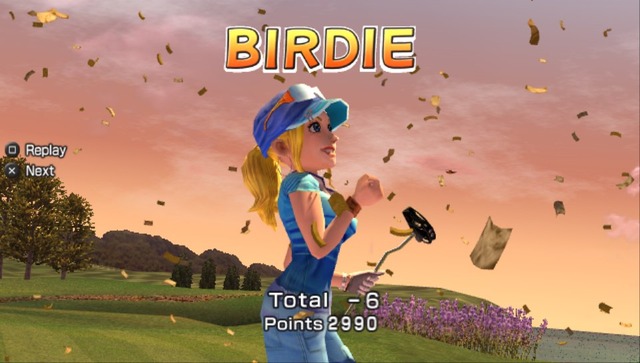 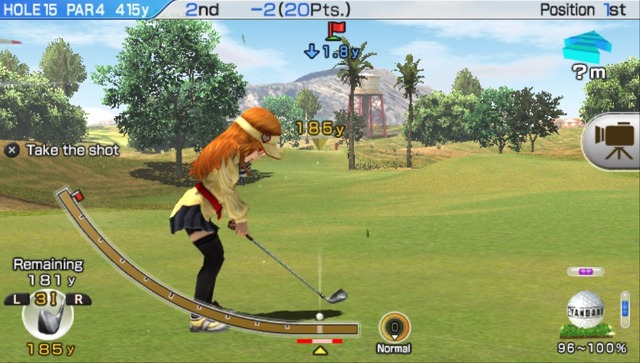 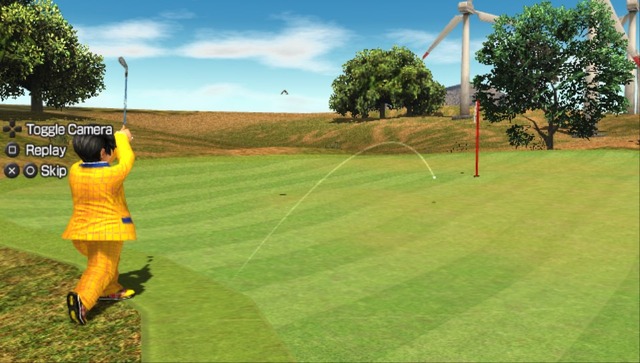 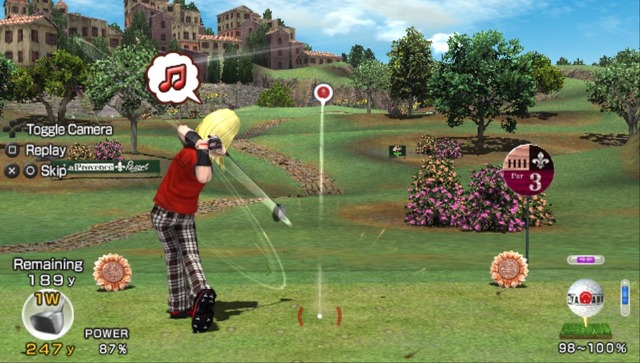 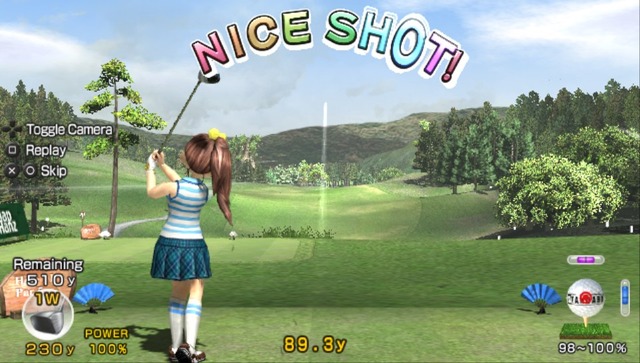 Ever since premiering on the original PlayStation, the Hot Shots Golf series, or as it's known in Europe and Australia, Everybody's Golf, has served players with a bright and bouncy golf game for players of all ages. However, under that cute and charming facade lies a quasi-realistic golfing experience. This is both a blessing and a curse, as Hot Shots Golf: World Invitational, the latest game in the long-running series, shows. Does Hot Shots Golf: World Invitational score a birdie, a bogey, or does it just stick with a safe par?

The meat that makes up the solo experience of Hot Shots Golf: World Invitational, outside of stroke play and practice, is the Challenge mode. If you've played a more recent Hot Shots Golf game, you will feel right at home with this mode, although it has a change or two. There are various tiers of tournaments to tackle. These are spread across the game's six courses and have players participating in 9 or 18 hole events. Sometimes there are special rules, like adding a stroke to your score if you land in a bunker or take too long to set up your shot. The goal here in each event, regardless of any special rules, is getting first place and earning a star. Only by earning the necessary amount of stars are you allowed you to take on that tier's versus character in Match Play. When that character is defeated, you are allowed to move on to the next tier of challenges, and are able to unlock the shamed character you so aptly conquered on the links.

By satisfying specific conditions in the various challenges, you can earn a crown instead of a star. These conditions include things like having 100% fairway accuracy, never hitting the ball out of bounds, making a certain number of birdies, etc. This adds to the replay value of Challenge mode.

I must say though that this setup for Challenge mode that has been used in Hot Shots Golf: Out of Bounds (PS3) and the PSP spin-offs (Open Tee 1 and 2) is starting to get long in the tooth. I'd love to see a total renovation of the formula. Perhaps Clap Hanz could take some inspiration from another one of their titles, the PSP's Hot Shots Tennis: Get a Grip, and create a story-like mode where players could earn new costume pieces and gear from beating opponents in the story. That's just one idea anyway.

Another issue comes in the form of the later courses. There's a rather large spike in difficulty when you go from the Bronze rank to the Silver rank of tournaments. The last course itself has incredibly narrow and short fairways, lots of opportunities to hit the ball out of bounds, and it seems like the course's hills are set up to screw you over. It's a very difficult course, and quite frustrating too. My big bother with this is that you're not really set up by the game to be prepared for this final course. It's just a huge difference in difficulty from the fifth course to the last course.

There's an in-game currency system that awards you with points for finishing rounds, scoring under par, taking a top place in tournaments, and satisfying certain conditions. The points earned from these rounds go towards purchasing new characters, courses for free play (outside of the main solo mode), gear, different swing styles, concept art, costumes, and much more. It's a bit of a grind to get the more desirable rewards, but it's something that will keep players hanging out on the links to acquire everything Hot Shots Golf: World Invitational has to offer.

World Invitational has several unique swing systems that players can utilize, although only two are available from the start. The first is your standard three tap system that uses a gauge to determine power and accuracy. The other is a combination of the gauge to set power and a circle that encloses on a mock version of a golf ball to set accuracy.

For a game with such a welcoming appearance, Hot Shots Golf: World Invitational can be very tricky and it requires a lot of reading the lie, wind speed and direction, elevation, and much more in order to pull off the best kinds of shots. The largest concern for players is striking the ball with the proper timing, as even being a split second too early or too late can result in unwanted hooking. This is especially dangerous on the harder courses, where one fouled up shot and/or miscalculation can be the difference between making par and getting a triple bogey.

Depending on which of the colorful cast of golfers you choose, you'll have a golfer with different stats and strengths. World Invitational, like other Hot Shots Golf games, lists characters in five stats: Power, Control, Impact, Spin, and Sidespin. Additionally, a lot of the time the various characters have areas they excel in and aren't so hot in. For instance, one golfer might be great in the rain but absolutely horrid in bunkers, or one golfer might have a powerful swing, but he's not very good in the rough. There's plenty to think about when choosing a golfer, and the more you play with a given golfer, the better that character's loyalty to you goes up. This affects how many power shots they can offer you, as well as other nifty features.

Outside of playing by your lonesome, you can take to the links with friends via Ad Hoc play, and you can hop online to challenge foes from around the world. There are daily tournaments that put you against the pack, challenging you to post a respectable score online and hit the top of the ranks. There's an element of pressure on you because you can only enter a tournament once, so make sure your skills are up to snuff and your aim is true.

Hot Shots Golf: World Invitational is a beaut of a game, and this launch title shows the promise of the Vita's graphical power. Courses are tremendously detailed, whether it's buildings surrounding a given hole or a series of squirrels scampering across the fairway. Characters look absolutely wonderful and animate beautifully, and everything adds up to a cohesive, sensational looking game. Load times are minimal, save for when you enter a course for the first time. Loading between holes is practically instantaneous. The character voices bring each golfer some added personality, and the music is suitably cheery at times and low key at others.

If you're looking for a less simulation-like golfing experience than what you would find with EA's Tiger Woods line of games, Hot Shots Golf: World Invitational is an excellent choice. Just be forewarned that just because it isn't as complicated as what EA offers, World Invitational can still put a player in his or her place, as the game is quite challenging, sometimes frustratingly so. It stinks to be playing a round just fine for thirty minutes and then making one poor shot near the end, completely ruining your score and making those past thirty minutes a total wash. Still, if you can persevere and overcome these aggravations, Hot Shots Golf: World Invitational continues the series' rewarding gameplay and charming personality.
Review Page Hits: 1 today (286 total)
mediahook