The famous King's Quest series by Roberta Williams comes to the 3D gaming world in all its magnificent glory in this 8th. installment, known as Mask of Eternity. 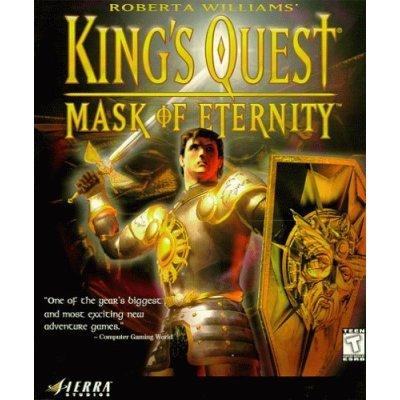 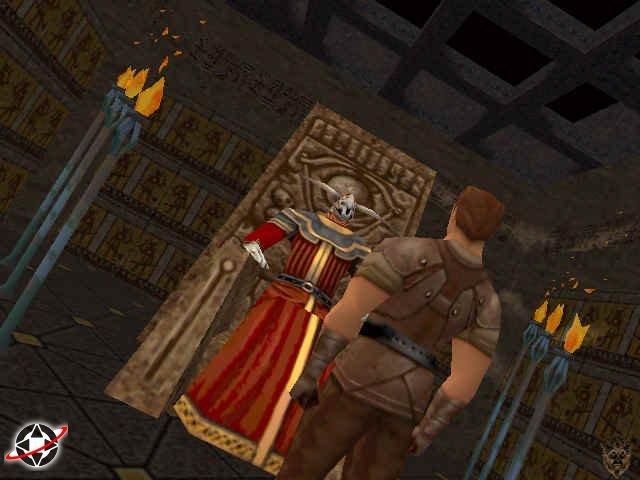 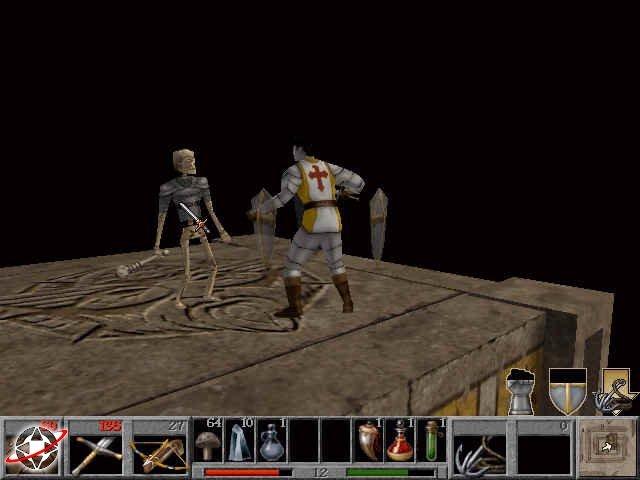 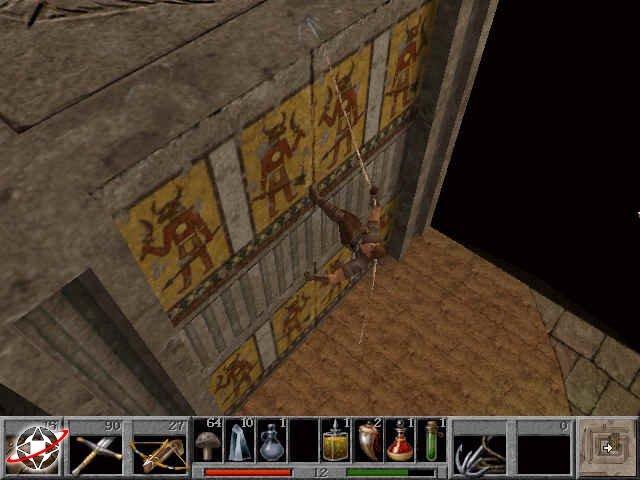 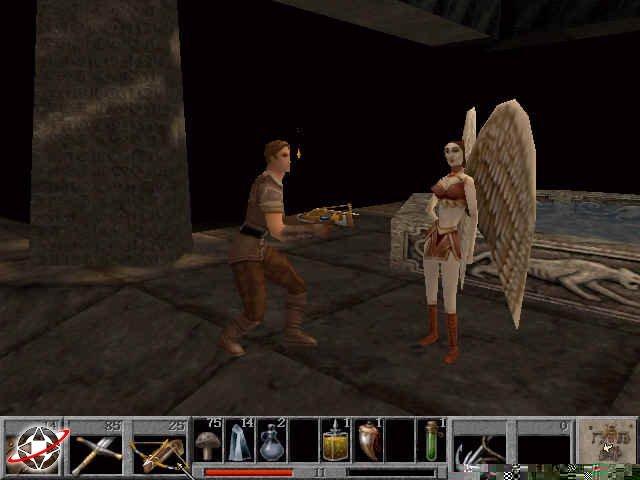 In what may have been the last installment of the King's Quest games, you play Connor, a commoner from the Kingdom of Daventry. An evil wizard has broken the Mask of Eternity, a treasured relic from this land, into five pieces. Restoring this mask, and finding all the missing pieces becomes Connor's main objective in the game. Everyone else in the Kingdom has been turned to stone by the destruction of the mask, but Connor escaped this fate, and he is the only one left to set Daventry back to normal. He will explore seven different and intriguing locations, wield some impressive weapons, and solve some interesting puzzles.

I admit, I have not played any other King's Quest games, and that may have an influence on my obvious praise of this one. I have looked at some other ones and frankly, they seemed way to goofy for my liking, and I try not to deal with DOS games that much. I have found that the remarks about Mask of Eternity usually fall into two categories. One is the die hard King's Quest fans who are so used to the old style of gameplay, and this new 3D world disappointed them. The last two links on the right are reviews by such fans. The second group are those, like myself, who do not mind change that much, and can find enjoyment in the new King's Quest world.

Gameplay
This game was fun, and full of great RPG elements. At the time, I was craving a good RPG experience, and Mask of Eternity delivered. You had honorable quests, great action, interesting characters to interact with, and everything else that you might expect from an RPG. The storyline was interesting, and the game provided for many locations to explore. As well as the main quest that I mentioned above, Connor also gets the chance to perform a few extra side quests. Most are worth taking the time to complete, and one of my favorites was restoring the unicorn to its original beauty. Connor gets to use some impressive armor and weapons throughout this game. He can use both melee and ranged weapons, and his armor usually consists of body mail (leather, chain, or plate), boots, and gauntlets. The only thing about weapons and armor that you will have to get used to with Connor is that you will not be able to choose which ones he wears or uses. I know this may somewhat sound like a gripe, but actually it was not really that bad, and therefore I did not see it as a big enough problem to be listed under the cons. The way the game handles this, is that at any time Connor finds a weapon or piece of armor that is better than what he is currently using, than it automatically switches them. He can only have one melee weapon and one ranged weapon at any given time.
The interface in this game was extremely easy to use and get the hang of. As you can see from the screen shots on the right, there was an item bar on the bottom of the screen that allowed you to access almost anything Connor needed quickly. There was another one at the top of the screen, mainly for inventory items, that would come down anytime you moved the mouse pointer into that area.
As I mentioned before, there were several worlds to explore. When you have this much traveling to do in a game, it comes in handy to have some kind of instant traveling device at your disposal. This King's Quest game had such a device, and it really helped when you needed to travel back and forth. It was referred to as a portal, and of course you had to first find where the portal was located in each world, but once you had found two or more, then Connor could stand on these portals, bring up his map, and choose which other portal in another world he wanted to go to. And swoosh, he was teleported to that world. It was that easy.

Graphics
The graphics are fairly good in this game. Connor and the other characters in the game had that boxy look to them, but if you consider that it was released in 1998, and most games back then had this look to them, than it is quite understandable. The worlds had a nice look, and Connor will be exploring everything from gnome mines to frigid ice lands.

Learning Curve
It did not take long to master how Connor moves and interacts with his surroundings. In order to aid you in this endeavor, there are plenty of in-game help screens that can be set to pop-up automatically. Most of them will occur during the first few minutes of gameplay, but within that time you should be able to learn everything you need to know in order to survive until the final showdown with the evil wizard.

Replay Value
I absolutely agree that this game deserves another play. I don't know if there would be much of a difference, but it is such a fun game, that even just having another King's Quest experience would be worthwhile. There is a difficulty setting in the options menu, so maybe that would provide more challenges for Connor.

Sound
The sound was very good in this game. The one thing about the sound (more like language) that may take some time to get used too is that they use Old English when speaking. I actually did not mind, and found it quite funny at times. The background music was nice. Connor had a nice voice, nothing that would be hard to listen too, and most of the other characters in the game also had pleasant voice tracks. If you really want to get a chuckle concerning the old language being used in this game, than you need to look up some walkthroughs for it. The writers for these walkthroughs find themselves writing in the same language.

Pick up this game. Experience the noble and majestic world that Roberta Williams has created, and help Connor save Daventry.