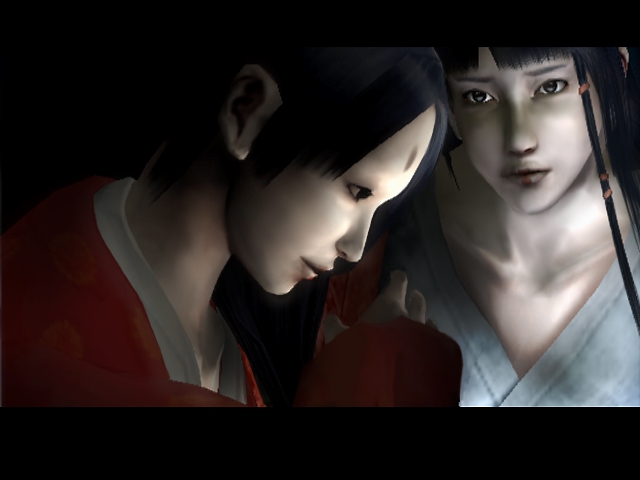 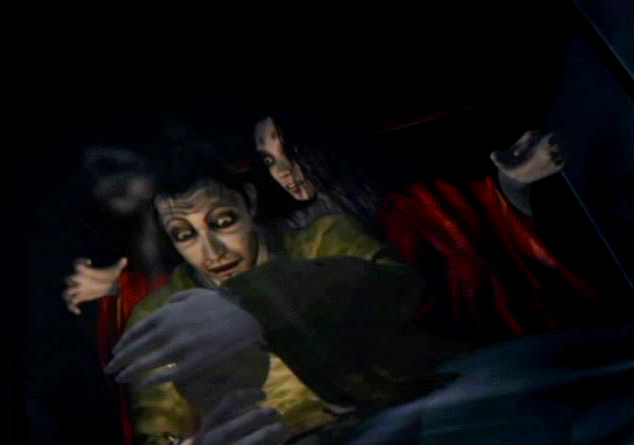 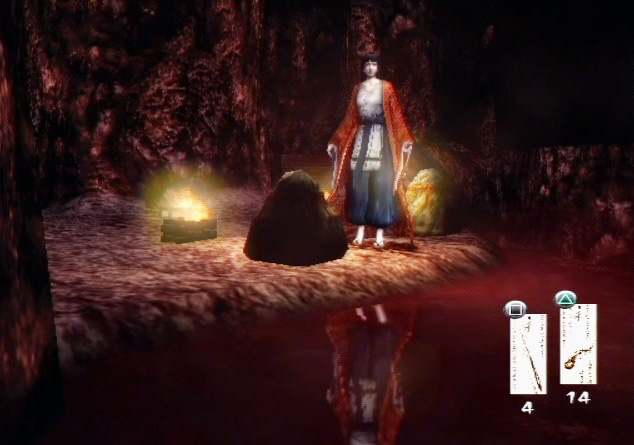 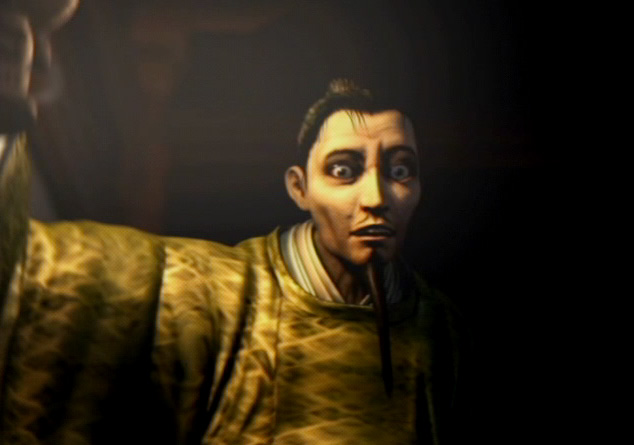 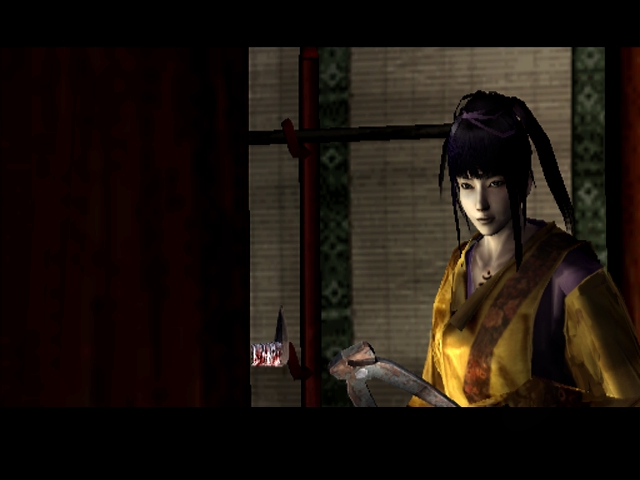 The game Kuon for PS2 is a horror based game which takes place in ancient Japan. The NTSC US/Canada Version can be played in both Japanese or English, and the visuals are great - about the equivalent to Silent Hill 2 with slightly better character construction. I say this because of the moving parts like the flowing ropes or hair. The animation is also pretty good as well for in-game movies.

Unfortunately, this is one of those games that, because of its content, will be compared to the Silent Hills and Resident Evils, and this is not that type of game. Though it closely fits the profile of one of those types, playing it through you will see it's kind of its own type of action horror game and will grab interest of those who like survival horror games as long as they're not expecting it to be like them. I think it will also appeal to any one who likes Japanese ghost stories.

The game has a pretty decent story with three different characters to play - Utsuki (the Yin phase), Sakuya (the Yang phase), and Seimei the Kuon. Of the three phases, the Yin and Yang phases must be completed before the Kuon phase and take place at the same time. For instance, when meeting someone, you'll see it from both stories as the other character and so on. Whereas the Kuon phase takes place after, but still does has moments in the other two. All the characters interact in the game somehow and you play out each character's experience.

Kuon takes place in Lord Fujiwara's mansion in ancient Japan. The Lord believes that the mansion is cursed, and summons an exorcist who was banished due to his strange methods to investigate. The Yin phase is about the exorcist's two daughters (Kureha and Utsuki) who come looking for him because he hasn't returned from the mansion. But Kureha takes off and Utsuki (your character) for this phase is left to find both her and their father, Doman, alone. The Yang phase is Sakuya's, a young exorcist student. She and three other students follow their teacher, Doman, to the mansion - one of which is Sakuya's older brother. The students will split up and Sakuya will be left alone to find out what is going on. The Kuon phase wraps the whole story up and makes sense of it all.

I am not sure about too many unlockables after replay, but I do know that if you go through the game and collect the right pieces in both the Yin and Yang phases you will get a type of board game you can play outside of the regular game that I actually found fun. You also get the nine hit kill with the new game, and apparently if I finish it again I'll get the one hit kill option. I also know that in my new game, I was given a ton of items that I did not have in the beginning the first time through.

The controls and gameplay are easily understandable and you will not be lost. Puzzles may look confusing with all the Japanese writing, but take them logically and you should be able to do them. I would say try them out first before running for a walkthrough. Also make sure to keep any eye out on health or have a vibration function on your controller as there is no health bar on the main screen.

The game may have a lot of bad reviews but this game definitely has its creep on, and if you like horror games, this may be one to try. I found several reviews that told me this game stunk, when in fact it was a rare and great game especially if you like Japanese horror or ghost stories, which I do. You're either going to love it or hate it. Either way, it remains a cult classic to some and you should be able to get the money you put into it back if you do not like it.

I am going to add an excerpt directly from the introduction in the manual below:

And now onto my ratings:

Gameplay - A+: Despite other reviews, I actually really enjoyed the gameplay. I thought it flowed nicely.

Graphics - A: Again, I was impressed here. There are some discrepancies, but I am not going to nit pic, and that's what I would be doing.

Learning Curve - A+: It's easy to just figure out where things are and play through, but the puzzles can be a challenge and figuring out how to do things within the game can also be a challenge.

Replay Value - A+: I have played the two scenarios through twice and finished the game fully once when I first bought it. I have just started a new game which is now about six months later.

Sound - A: The sound quality is great. I play it in the Dolby II option, and the sound comes out all five speakers beautifully - really putting you in the game.
Review Page Hits: 1 today (343 total)
mediahook