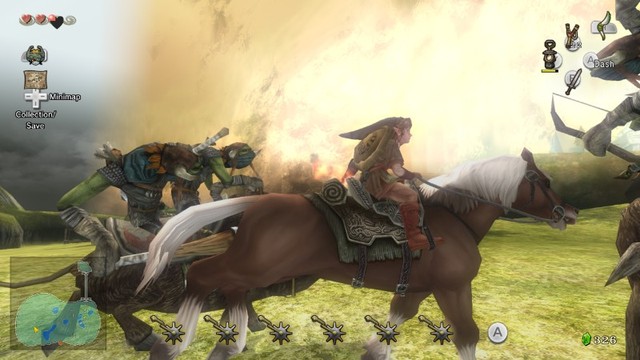 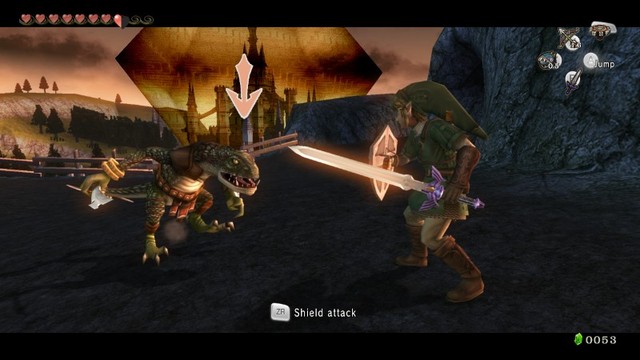 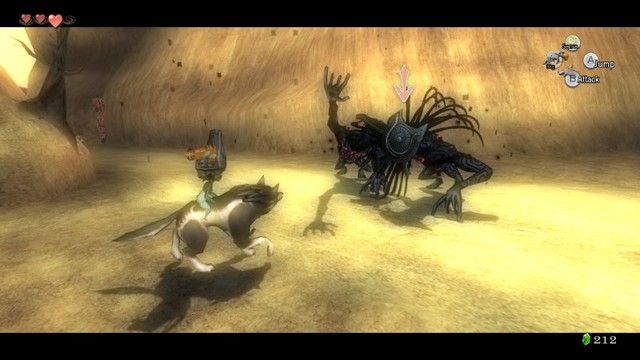 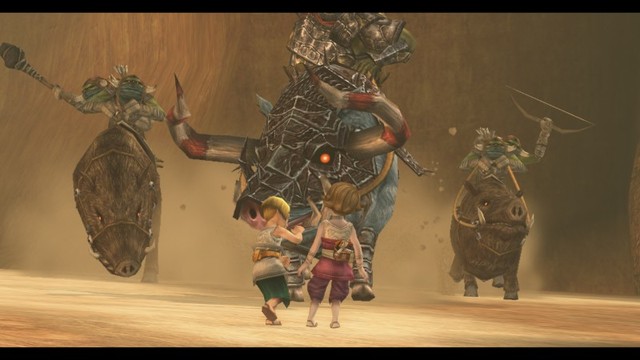 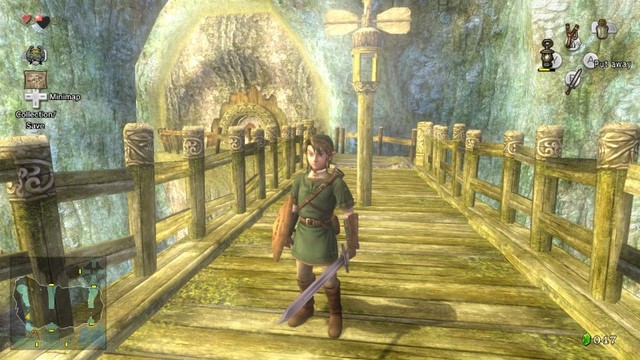 History lesson time. After taking The Legend of Zelda series into a more animated direction with The Wind Waker, the development team behind the series went for a more realistic look based on fan feedback. This new game would be known as The Legend of Zelda: Twilight Princess, and it would be revealed for the first time with a trailer at E3 2004. The trailer caused fans to cheer loudly upon its reveal.

Twilight Princess was initially conceived to be the GameCube's last hurrah. However, during development, the game would receive a version for Nintendo's then-newest platform, the Wii. GameCube owners were slighted with a delay for that version while the Wii version released first, coinciding with the Wii's launch in the holiday season of 2006. The GameCube version would launch a month later.

Now, Western developer Tantalus has worked closely with Nintendo to create an HD remaster of Twilight Princess for the Wii U, ten years after the game's initial release. With new features and corrected issues that plagued the original versions, The Legend of Zelda: Twilight Princess HD is without question the definitive version of Link's adventure in both light and twilight.

Let's first focus on what alterations and additions have been made to the original Twilight Princess to create this new remaster. For starters, the big addition is a special trial dungeon similar to the Cave of Ordeals that is available by placing the included Wolf Link amiibo on the Wii U GamePad. This multiple floor challenge has you facing increasingly more challenging enemy combinations until the final floor where your prize is a wallet that can hold just one Rupee shy of 10,000. This dungeon is very challenging, but at the same time if I didn't have the Wolf Link amiibo and couldn't access the dungeon, I wouldn't feel like I'd be missing out on anything.

In addition to the use of the Wolf Link amiibo, you can also use other amiibo to enhance the gameplay or just help you out in a pinch. For instance, using the Link amiibo during gameplay refills all of your arrows while using the Zelda amiibo refills all of your hearts. The Ganondorf amiibo is the most worthwhile, causing Link triple damage from enemies to make a generally easy game much more challenging.

As for alterations, a major problem and annoyance with the original Twilight Princess was the overabundance of treasure chests containing Rupees. If your wallet was full, you'd have to put the Rupees back in the chest. This made the need for exploration feel lessened, as why bother venturing high and low across Hyrule just to uncover a chest containing something you can't use? With this HD remastering, not only can you empty treasure chests with Rupees inside even if your wallet is full, but many of these treasure chests have their contents changed to something much more worthwhile.

Twilight Princess HD replaces several chests with Rupees and instead adds Miiverse stamps. There are 49 stamps to collect from treasure chests, and the final one is given to you for collecting the other 49. These make it so exploration is worth something. Treasure chests that housed useless Rupees now hold something worthwhile, so now Hyrule is more exciting to explore.

The Wii U GamePad is a great accessory to have with you on your journey to restore Hyrule to its former glory. Though, of course you can use the Wii U Pro Controller, but the luxuries that the GamePad gives you aren't available here. I'm talking about having a map consistently on the screen, the ability to change items on the fly, and the option to use the built-in gyroscope to aim items like the Bow and the Clawshot. Those wanting the waggle of the Wii version for combat will be disappointed as it's not present at all in this HD remaster.

Along with all of these gameplay alterations is an ultra difficult Hero Mode that is available to you immediately from the start of Twilight Princess HD. This mode causes Link to take much more damage from attacks, which makes for a very hard game at the start due to only having a minuscule total amount of health at the beginning of the game. The map is also mirrored compared to a regular run through the game, meaning it is identical to what the original Wii version was. The regular mode of Twilight Princess HD matches the GameCube version.

However, not all of the changes to Twilight Princess in this Wii U remaster are for the better. The only alteration that I have a gripe with is the controls of Epona, Link's trusty steed with whom he can speed across the landscape of Hyrule. Epona handles much worse in Twilight Princess HD, handling more like a semi truck than with the elegance that she had in the original Wii and GameCube versions. Moving Epona to the left and right results in sudden jerks to her movement, making it so controlling her any time accuracy is required amounts to a lot of frustration.

Everything else that you loved about Twilight Princess is here in the remaster. And if you haven't played Twilight Princess before, then this is a perfect place to jump in. The exploration has much more meaning in the various discoveries, now making what seemed like a sparse overworld have much more to find in it, whether it be hidden chests, caves, dig spots for Wolf Link, and so forth. Combat is as wonderful as ever as well, utilizing Ocarina of Time's targeting system to lock onto nearby foes.

The nine dungeons in Twilight Princess HD are some of the best the series has ever known. These not only have clever puzzles to solve, multiple enemies to take out, obstacles to overcome, treasures to unearth, keys to uncover to unlock doors, and bosses to battle, but they're paramount in progressing Twilight Princess' story.

The majority of Twilight Princess' story is left untouched. Those who want no nonsense and an immediate arrival at each of Twilight Princess's dungeons should look for a different Zelda game, as the story elements and activities between dungeons do pervade throughout the game. In fact, the beginning two to three hours of Twilight Princess focuses on Link's farm life at Ordon Village and introduces players to the Twilight Realm where Link is turned into a wolf and meets Midna for the first time. You don't reach the first dungeon of the game until after all of this, so it's a bit slow going at first. However, while this can seem tedious to go through, I enjoyed the gameplay and action outside of dungeons as much as I did inside dungeons. It's a nice change of pace, and there's very little bloat outside of three instances where Wolf Link must track down insects to restore light to twilight-soaked areas of Hyrule.

Twilight Princess HD is a beautiful game both visually and thematically. There are so many touching moments like one of the children from Ordon Village who is constantly teased acting brave, pushing another child out of the way of oncoming monsters, and gaining the other children's respect for doing so. As well as moments where Wolf Link howls a song with another wolf on two idyllic mountain peaks. These moments shine as brightly as the visuals, and then some.

The textures in Twilight Princess have been greatly upgraded with this HD remaster. Characters have much more detail to them as well. Meanwhile, the frame-rate is generally solid, though it does suffer on occasion. However, these occasions are few and far between. The music is as stellar as ever, but there have been no improvements made here. That said, even though it's all synthesized, the music supports the game's emotional and moving moments well.

With so many improvements to things that made the original Twilight Princess a chore to some players, there is no question that this Wii U HD remaster is the definitive version. All of the memorable moments of Twilight Princess shine brightly, the world's secrets are much more worthwhile to seek out, the dungeons are as remarkably designed as ever, and the game plays better than ever, save for riding Epona. Newcomers to Twilight Princess will also enjoy the game, though they won't realize how bad Wii and GameCube players had it back when the original versions released. Regardless, The Legend of Zelda: Twilight Princess HD is a must have for any action-adventure fan. It's the perfect appetizer to the upcoming Wii U (and possibly next Nintendo console) Zelda game.
Review Page Hits: 0 today (503 total)
mediahook