Sega's decision to bring a Mech game to the Sega 32X was a good decision. Unfortunately, Metal Head's execution is severely flawed. 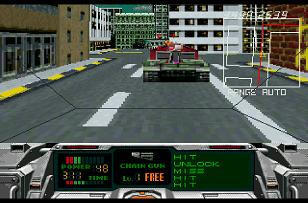 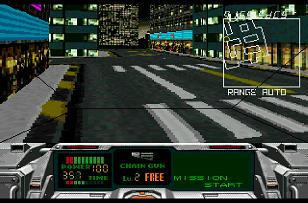 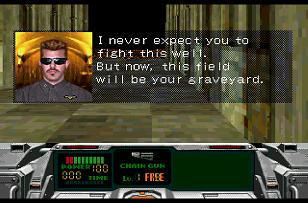 Ever since MechWarrior was released for PC in 1989 there has been a steady demand from the video game community for games involving both giant robots and massive destruction. Sega hoped to give 32X owners their Mech fix in the form of Metal Head. The premise of Metal Head sounds like a lot of fun, you are a giant Mech with plenty of high-powered weapons and your mission is to destroy every terrorist Mech you can while using as much firepower as necessary. This is essentially the storyline that is nicely presented in a narrated introduction sequence that plays before you even catch a glimpse of the title screen. But once it is time to actually play the game disappointment and sometimes outright disgust sets in.

The main flaw of Metal Head is that it does not feel like you are controlling a giant Mech at all. Games such as Atari Jaguar's Iron Soldier make you feel like you are in a huge, slow, and powerful Mech. Metal Head does not give this feeling whatsoever. The movement of the player's Mech seems better suited for a bumper car, and this goes for the displayed movement of terrorist Mechs too. Metal Head contains 16 different missions. The missions are varied and they range from simple search and destroy jobs to one mission where the player must take a photograph of the gate that protects the entrance to the enemy base. Most of the missions take place in a city setting, but there are a few that take place in bases and the second-to-last mission takes place in the President's Hall, which was a nice change of pace.

The graphics in Metal Head are 3-D, and the frame rate is good. All the buildings are repetitively textured, but they look nice. Unfortunately, the design of most objects in the game is extremely poor. Although the Mechs are textured, they contain very little detail and sometimes no animation. For example, in one of the later levels there were enemy troops running away from a jeep that I had just destroyed, but they looked like several marshmallows hovering in unison towards a wall that they eventually passed through to never be seen again (the troops were not animated at all). Another visual disappointment is the destruction of enemies. Instead of producing a spectacular explosion, the enemy Mechs break apart and then slowly rise up into the air. Once they come back down each part explodes in a small burst of flames, thus concluding a pathetic destruction sequence. Lastly, there is in-game popup present, and the programmers attempted to disguise it by creating static 2-D backgrounds. An unfortunate visual discrepancy of this strategy is that buildings suddenly appear out of nowhere in front of areas that formally contained the city skyline.

The sound effects in Metal Head are bland, but a nice surprise is that the game contains lots of speech. Before each mission your advisor speaks with you, giving a synopsis of the action that will follow. There are also a few other characters in the game with speech as well. The music is loud and energetic, presumably Heavy Metal in order to stick with the "Metal" theme; but it is forgettable.

Although I may have dedicated more space to the criticism of Metal Head's visuals, that is not the real problem with this game. The completely unrealistic and boring movement of the player's Mech is what disappoints. Only the nice variety of missions saves this game from a failing grade.

The complete absence of mech-like controls in a genre that focuses on simulating the movement of giant mechs destroy Metal Head's enjoy ability. The game partially makes up for it with a good assortment of missions, lots of speech, and an interesting plot line; but these attributes are not enough to cure Metal Head of its fundamental problem.
Review Page Hits: 0 today (69 total)
mediahook