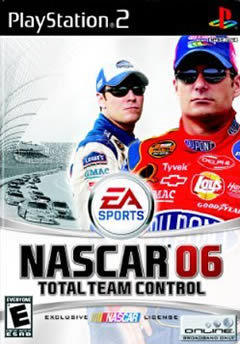 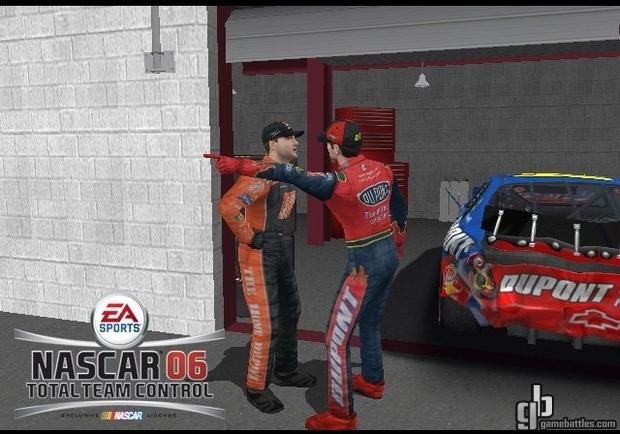 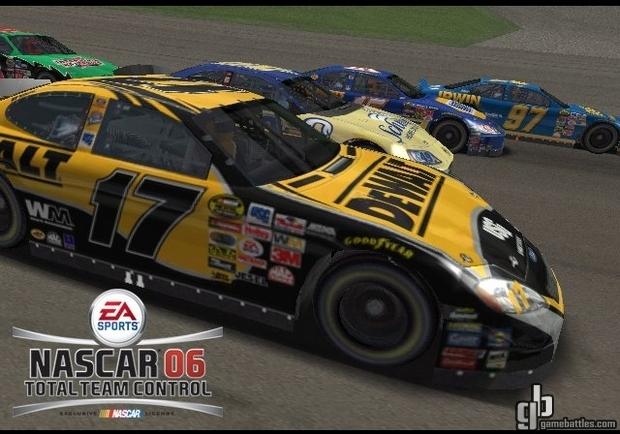 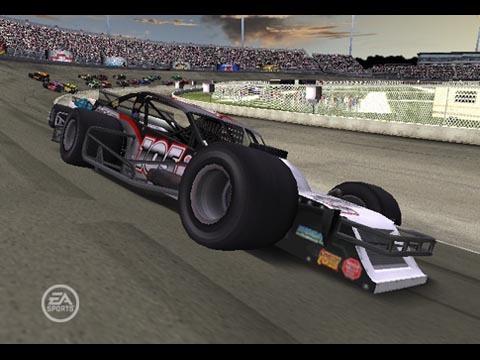 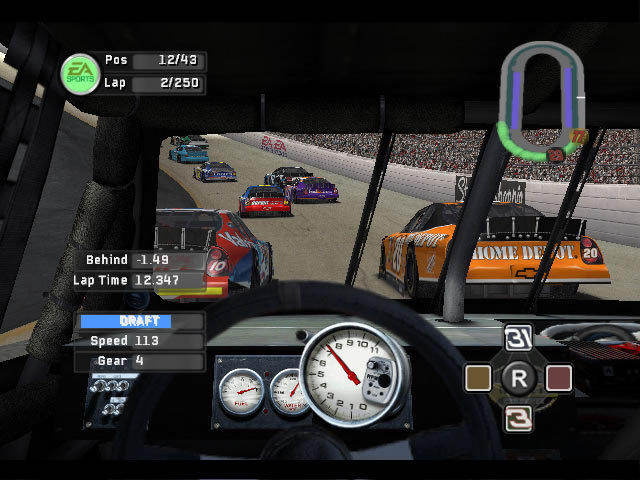 Finally, a NASCAR game with more than just driving around a track trying not to crash! In NASCAR 06: Total Team Control, you will have to leave your ego at the door, because your teammates will help you win the race and might just be the only reason that you did win in the first place!

As the name of the game states, it's all about total team control. If you just so happen to wreck out or have a car that you know can't win, you can use the car swapping feature to take control of one of your fellow teammates' cars to drive your team to victory. The interactive crew chief feature allows you to make decisions on your own such as pit when needed, put a block on another driver, or hold your position. Another great feature to this game is the driver attitude and attributes feature. You control the attitude and personality of your driver by how you conduct yourself on the track. So, are you going to be a Mark Martin and give and take while putting respect first, or a Tony Stewart fighting to win and not worrying about what happens to everyone else?! NASCAR 06 also contains all of the drivers of the 2005 season and all of the tracks in Nextel Cup racing (with many more to be unlocked). If you don't feel like driving someone else's car, you can also create your own driver and car, and even pick the sponsors that go on it!

The race to the top mode allows you to start from the bottom with your own created driver. Earn sponsors and contracts by winning races! You will start out in the Whelen series as a simple unworthy rookie. But, as you race to the top, you will make your way from Whelen, to Craftsman Trucks, to NNS (Busch Series), and finally behind the wheel of a Nextel Cup car battling for position with 42 of the toughest guys in the business!

The graphics of this game are great, although they do lack in some areas. The wrecks are not as realistic as could be and the fans could be a bit more detailed. I would see that as the only flaw of the game. Other than that, this game is certainly one for any racing fan to pull off the shelf in a flash!