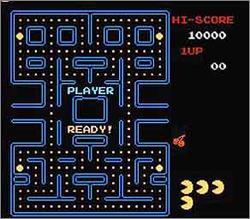 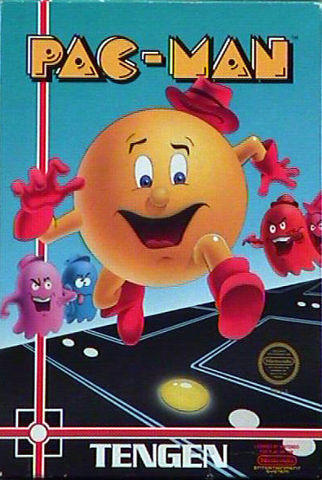 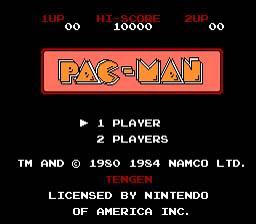 I thought that having Pac Man at home would give me Pac Man fever and make me a Pacamania Pro. I thought the port would be so legitimate I would have no excuses whatsoever to play nonstop and have all the fun I had at any arcade, creepy bar, or bowling alley. I was wrong.

Unfortunately, the excitement of being in those atmospheres is completely lost when playing Pac Man on the Nintendo. Along with that goes the fluidity between screen transitions and a lack in sound quality. The presentation of the graphics are the same--direct, but the overall game speed is slow and it is so to make up for carrying a visual mimicry to its arcade counterpart.

Not addressing all that Tengen/Namco nonsense, the game is fundamentally the same; carrying the same flaws throughout. A successful port should give that "Pac Man fever" that I mentioned above. It should inspire the gamer to relive their experiences in the Arcade and replicate them to the fullest. Galaga did this. Galaga was an immense experience as the controls, sound, and visuals were all 100% authentic. THAT was as if you were playing it in that creepy bar. Pac Man, however, seems like a rushed version of a classic game full of shortcomings left and right.

Pac Man and those pesky ghosts start off incredibly slow and gradually grow in speed as the game progresses. Eventually the ghosts will out-maneuver Pac Man, as in the Arcade version, which add to the difficulty. It's classic Pac Man, but just a bit worse than the original. That's really unacceptable. Don't excite the generation built upon these arcade games with terrible ports to their expensive home gaming systems. Give them what they're willing to pay for or make them go to the Arcade and experience what was meant to be. Don't compromise and settle for anything less.