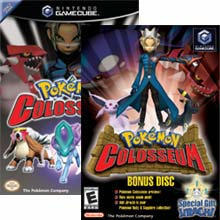 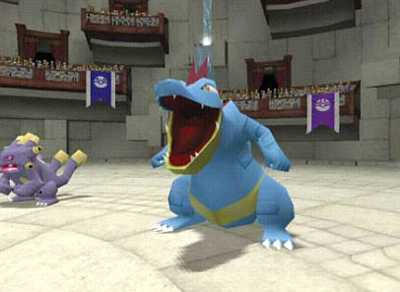 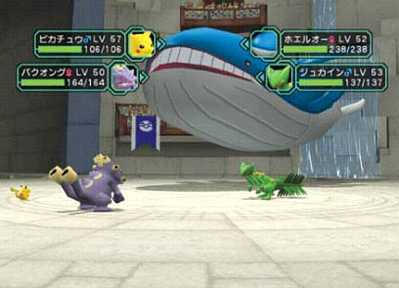 Pokemon in 3D? Sounds great. Oh wait, THIS is the final product? UGH! Pokemon, in RPG Form, use to be good. I wonder what we did to anger God in such a way that He would bring this game upon us? Anyways, I've always been a pretty good Pokemon supporter, but this takes the cake. Not only does this title get an "F" out of me, it made me disinterested in Pokemon.

The story is so predictable. You play has a young man named Wes with his two loyal Pokemon pals. Eventually, he saves some damsel in distress who, coincidentally enough, can spot special Pokemon!!! Story...overload...

The graphics are horrible. They are barely N64 quality (except maybe the intro which was ALRIGHT at best). There is a lack of good character design and imaginative backgrounds. However, it is colorful so I'll bump the graphics to a D+

The sound will make your ears bleed. The audio is so cheesy, it's not even funny. From bad Pokemon howls, to wannabe-techno music, the sound could alone ruin the game for you.

The gameplay is nothing to marvel over either. You're forced to use two Pokemon (that are decent, mind you) throughout the first several hours of the game. When you can finally use the others, they are so under-leveled, you'll have to go back through the basic battle system and level them up. Don't know what the battle system is, eh? You basically get to...

A). Choose from one of four selected attacks (


Exciting, isn't it? That's pretty much the game

Pokemon Colosseum was a disappointment to me and many the fans (though some are so brainwashed, they'll tell you it's a great game

). Bad graphics, story, gameplay, and worst of all, audio. Finish this game and you get my recognition.