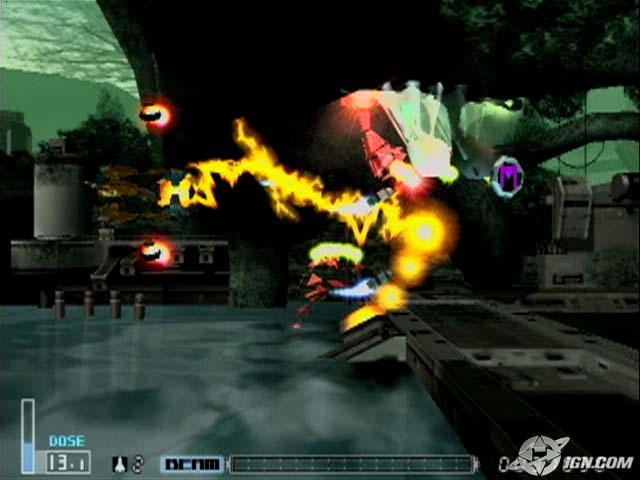 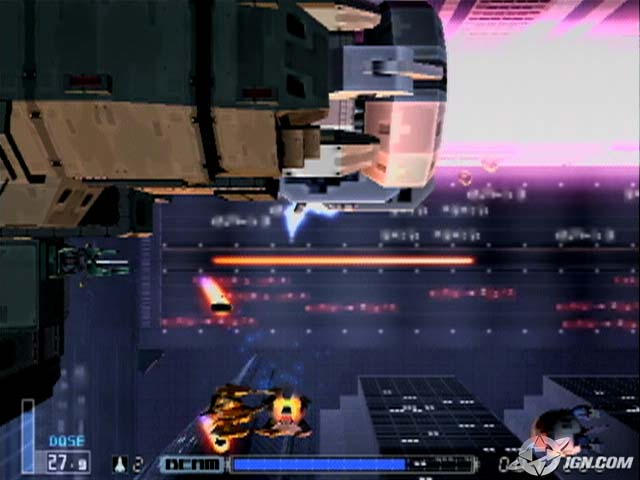 R-Type Final, a shooter that creates a new standard for side scrollers. It follows after its predecessors from other systems such as SNES.

Sound in this game is great, the music fits the stages perfectly and it has a nice variety of tunes.

Graphics are very nice, probably not he best they could have done, but if they would have done more, they probably would have ruined the game. The bosses are very large and in charge though. As for the backgrounds, they are very nicely done, there is one stage where you can fly under or above the water, and the transition to the 2 different worlds is very smooth and well done.

Surprisingly, compared to the previous R-Type games, this one has a lot of replay value. There are four different game modes: Game Mode, Time Attack, Score Attack, and AI Battle. The way you unlock new ships throughout the missions is great, with 99 ships in all! The ships are fully customizable with color and weapons, (as long as you have other weapons unlocked). This is one game that shouldn't get thrown away too easily with five difficulty levels, so you can satisfy all your difficulty cravings.

This game is one shooter to pick up and play. If you enjoyed the previous R-Type games, then this is definitely a game to buy. The different game modes are a nice added touch. And the replay value makes it an overall excellent game. So take a chance on the game if you like R-Type or shooters in general.
Review Page Hits: 0 today (275 total)
mediahook