The fifth game in the Resident Evil franchise has a lot of strengths and a few weaknesses but overall does not fail to impress, at least from an action standpoint! 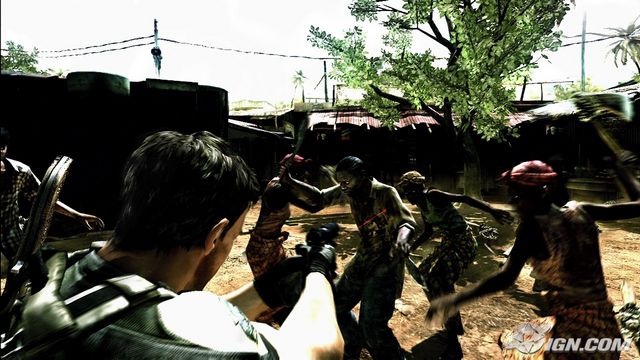 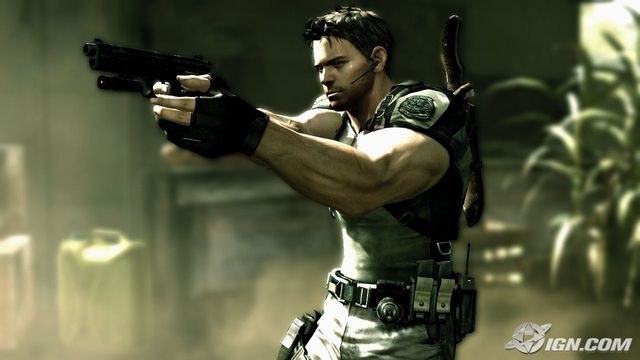 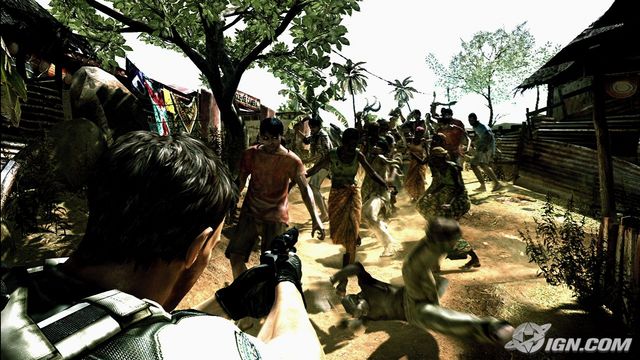 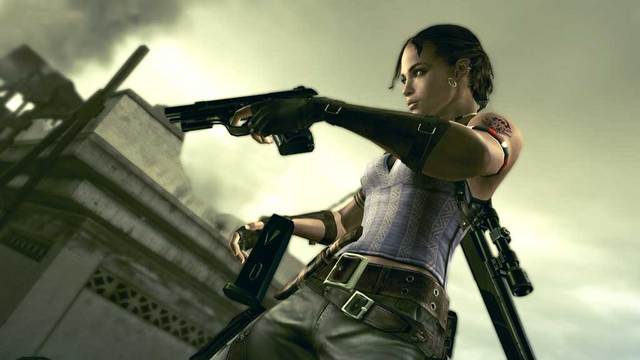 I've been looking forward to RE5 since I found out it was coming out, which was over a year ago. I played through RE4 probably 7 or so times and loved the game, so needless to say I had somewhat high expectations for this installment.

First, let me say that the addition of a teammate is both a blessing and a curse. The blessing is that it adds a whole new dimension to the game, Sheva is pretty adept at killing bad guys and 99% of the time games are cooler in co-op. When the AI controls your teammate it's a bit clumsy. The accuracy is spot on but they can get in the way, block your view, etc. Having a friend as your partner is fantastic though.

The curse comes in the fact that games are simply NOT as scary when you have a partner, that's part of the fear effect of the RE series, you're by yourself. Even RE4, while you had Ashley, she couldn't fight and dies easily.

This is not a typical RE game, it isn't scary at all. There's a part or two that's disturbing, but nothing to make you jump out of your chair. Personally though I really like that, I'm not big into horror games/movies.

The graphics are fantastic, the music is pretty good, and the sound effects for the weapons and explosions are decent. The controls, what many call outdated and difficult in the demo, really weren't too bad, they fit the game well. Everyone wants to run and gun, but the enemies don't really attack you in a way that makes run and gun necessary. Later in the game there's a really basic cover system ala. Rainbow 6: Vegas and GoW, although it's pretty basic and you can beat the game without using it I'm sure.
Overall I really liked the game, although I must admit I like the first four chapters (really the first two) a lot more than the last two. They built the game up so much about being in Africa and such but a lot of the game might as well be anywhere as it all looks the same, Resident Evil 4 has the same problem. It started out as a little village setting and turned into a secret military facility type place. They should have worked with the African setting a little more in my opinion. The first 2 chapters are so great, running from street to street through a city; they should have used that setting more.

The weapons for the most part seem balanced (minus the machine guns); although I wish it was more difficult to acquire some of them, maybe make repeat playthroughs necessary. The machine guns are the one weapon I never seemed to use. The damage is really low and you blow through ammo like its hotcakes. They need to beef the MG's up and give the player a reason to use them. Also, in several classes of weapons there seems to be one stand out contender that is easily "the best." For me it's the P226 pistol, the M3 shotgun, the AK-74 MG. All have much higher damage than the next closest, although they all lack the perks that some of the other guns have (critical hits, penetration, spread distance). I'd actually like to see even greater differing attributes for the guns, in the end it doesn't really matter what pistol/shotgun/MG/Sniper rifle you have for any situation because they'll all work, make it so that some are obviously better for certain times.

Also, there's an exploit that you can use that is intended I'm sure, but needs to be removed. You can load a game, quit, and save any items you pick up. What's wrong with that? There are several places in the game where I'd load, there would be TONS of ammo right in front of me, quit, save weapons, rinse, repeat. I did it because I kept running short on ammo...isn't that sort of the trademark RE style? You never have enough ammo? Well, now I have a lot more than enough...

There's a decent spread of enemies in the game, although some are simply fodder and others are annoyingly tough. Like, out of nowhere in chapter 6 they introduce a new type of enemy with no real story on what they are so you're not really prepared. Some of the bosses are overly easy, others are pretty annoying, and to avoid any spoilers I'll leave it at that. The boss of the game wasn't hard, figuring out how to fight him was difficult for me though.

I'm not exactly sure what the purpose of the bulletproof vest and melee armor are as I seemed to take the exact same amount of damage whether I was wearing it or not. Maybe it's just my imagination...

I played the game by myself the first time through, although I really wish I'd had a teammate, it would have been more fun. The one random person I play with online though was silent and he just ran from place to place...might as well have an AI teammate who actually helps. The benefit of playing by myself is that I got to go at my own pace, and I did so. I didn't rush at all, I went very slow, tried to collect a lot of stuff (although I only found 6 BSAA badges!), tried to get as many treasures as I could. Then I played through it again with a friend and it was MUCH more enjoyable.

One gripe, once you upgrade your weapons you have the option to use unlimited ammo, it sucks ALL the fun out of the game. I've got a fully upgraded magnum and 95% of the enemies in the game are dead in 1/2 shots with a gun that fires 2 times a second and doesn't have to be reloaded (that will penetrate as well).

I played through Mercenaries. It's a nice twist, sort of a cross between The Club and Horde mode on GoW. It's a survival setup, but you want to kill a lot along the way. Playing solo is downright hard; playing with a teammate (even an average teammate) makes a HUGE difference. One guy who joined my game was pretty nice, he and I beat every level pretty quickly with an A ranking. We had to repeat a few of 'em, but for the most part it wasn't very difficult, I kinda wish they'd boost the difficulty. The only difference between A and S in Mercenaries is how you chain the kill streaks together, by the end of either of them you're pretty much out of guys to kill (once you break 100K or so that is). Same thing applies here, some characters are very good, and some are a bit crappy.

Overall I enjoyed the game enough to call it a "good purchase" for sure, and with the coming competitive multiplayer it'll add some fun to the game later, although the fact that Capcom is charging for it is outrageous. I've played through the game about 3 times now, and I'll probably do so again on Professional mode.
Review Page Hits: 0 today (425 total)
mediahook