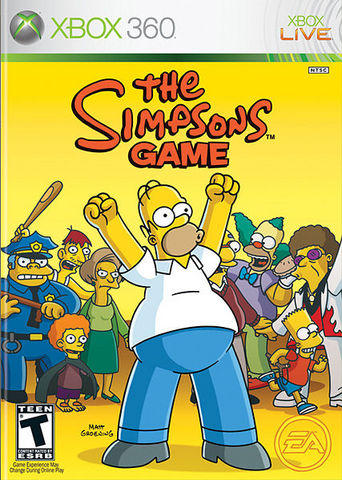 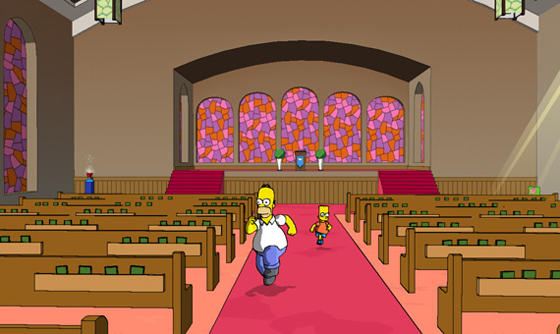 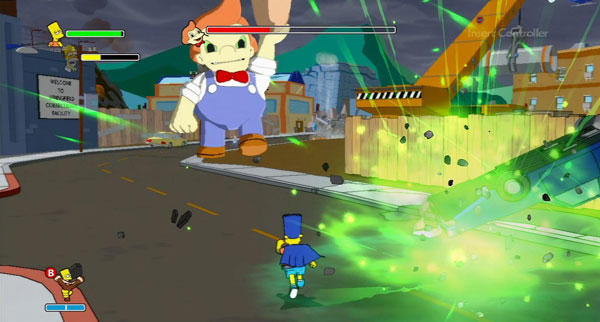 This game gives Simpsons fan a very above average experience with exceptional replay value. The storyline is richer than ever and is written by the same writers as the popular TV show. The voices are also made by the original cast.

Now for a breakdown.

The graphics are an amazing jump into the HD gen. It basically like watching the TV show. Even the old 8-bit Simpsons look great. The Simpsons never looked this good If you have watched the TV show in digital tv quality then this is basically what the game looks like.

I would have loved to give it a higher gameplay grade but due to some repetitiveness and a couple of bad camera angles during boss fights and Homerball missions it was docked. For those of you wondering what the hell a Homerball is, Homerball is Homer even fatter... This "special power" allows him to create earthquakes and run over his opponents. Theres also HBV2 where he eats the Venus gummi and turns into a huge gummi and shoots gummis at people.

This game really shines in its mockery of other games, whether it be Bartman's flying and Slingshot targeting system or Homer and Lisa's Pokemon battles......No that wasn't a mistake. The game supports two player local co-op which somewhat resembles that of Marvel: Ultimate Alliance.

This game is easy to learn how to play but hard to master. From the tutorial level to the final boss fight The Simpsons Game promises to deliver plenty of laughs and controls taken from other games.

This game gives you plenty of reasons to keep popping it in the disc tray. The Story line is good, theres some time challenges added and time trails in there to try for. You might even end up playing it again when you haven't played it in a while and would like a good laugh....or just keep playing the Pokemon mission over and over and not stop laughing....

All in all the game is definitely worth a pick up. Even more so with the appealing 13-17 dollar price tag. If you don't have the cash then it is one of those game that you have to rent.
Review Page Hits: 1 today (341 total)
mediahook