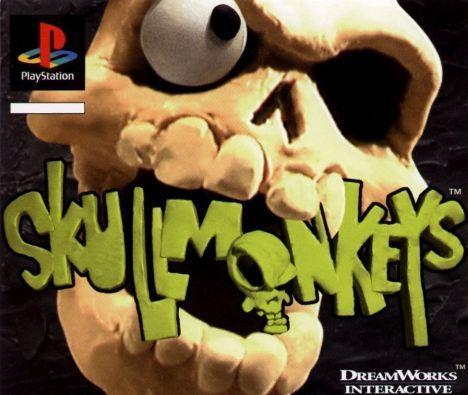 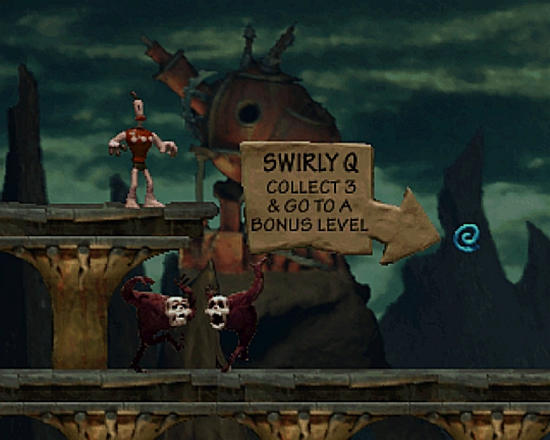 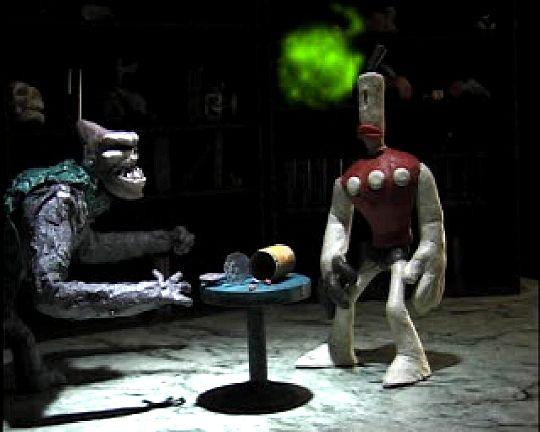 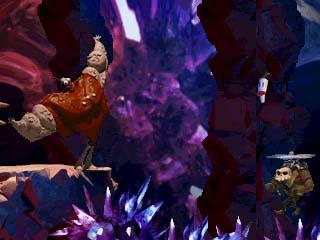 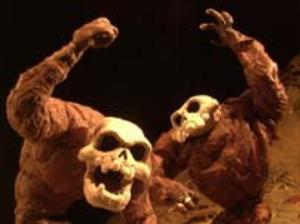 Some games are more trouble than they are worth. Every gamer at some point or another has forced themselves through a game based upon its technical aspects, the fact that it was a sequel to a great game, and other acts of favoritism. Skullmonkeys is a perfect example of such a circumstance. Besides the fact that the game was a direct sequel to The Neverhood, several other factors made Skullmonkeys irresistible. Firstly, instead of being a point-and-click adventure like its prequel, Skullmonkeys was my all-time favorite genre: a platformer. Toss in a little off-the-wall humor, hand-crafted clay graphics, an off-kilter soundtrack, and plenty of old-school challenge, I just could not help myself.

Upon delving headlong into what I was anticipating to be a classic, a couple of major flaws presented themselves immediately. Having grown up during the golden age of platformers with the likes of Super Mario World, Sonic the Hedgehog, and Mega Man X, anything less than rock-solid controls was simply not an option. Although not terrible, maneuvering about the screen in Skullmonkeys just does not feel right. From a technical standpoint the controls are a little iffy in that the main character Klaymen simply does not always respond appropriately to the player's commands. Sometimes he will skyrocket vertically with the push of the jump button and other times a meager hop occurs. With every platform posing the possibility of death, the lack of a predictable jump height leads to many unfair deaths. (It must also be noted that as the game progresses, the platforming becomes even more difficult, so expect countless run-ins with the slippery jump mechanisms.)

Aside from the jumping, Skullmonkey's lack of solid controls only serves to increase undoubtedly the most frustrating element of the game: the difficulty. Featuring one-hit deaths, tricky jumps, unpredictable enemy movement, and some tough-as-nails platforming, Skullmonkeys does little to make your life easy. Oddly enough, however, Skullmonkeys is inconsistently difficult. Starting off rather simply, Skullmonkeys grows increasingly tough at a steady rate for the first third of the game. Suddenly, as if the developers felt as though things were getting too easy, the difficulty ramps up at an alarming rate for several stages, only to end on an easy note, barring the near-impossible conclusion. On the positive side of things, several power-ups are made widely available, such as the offensively minded energy balls and glidey birds, as well as defensive items, such as the halo (allowing the player an extra hit) and Slappy the Hamster who serves as a temporary, rotating shield.

It is unfortunate that Skullmonkeys can be such an unforgiving, inconsistent game in the gameplay department, because the graphics and music are more than exceptional. Featuring attractive, varied environments, well-animated enemies, and full claymation cutscenes, Skullmonkeys is without a doubt, easy on the eyes. Although somewhat drab from time to time, the developers provide gamers with 17 unique worlds, several of which do not fall under "stock platformer" level templates. In between a few of the levels are cutscenes that serve as bridges to gap stages together, as well as to flesh out the story. Although generally senseless and juvenile in scope, they are essential nonetheless (the cinematic featuring Klaymen, a can of beans, and a deadly fart is simply hilarious). Musically, although less developed than The Neverhood's soundtrack, Skullmonkeys has a unique, varied soundscape that, without being overly memorable, maintains an above-average level of quality. Without a doubt, however, the bonus room music is undoubtedly classic and cannot be missed, regardless of your level of interest in the source material.

In the end, Skullmonkeys is a decidedly average platformer with less-than-perfect controls, somewhat attractive graphics, and an above average soundtrack. Although there are several perks, most of which stem from the hilarious cutscenes and the bonus room song, it is tough to whole-heartedly recommend Skullmonkeys to gamers unfamiliar with its prequel, The Neverhood. If one does, however, chose to delve into the perilous world of Iznak, the journey is not without its positive aspects. It just feels as though the whole experience was underdeveloped and rushed, in the end sapping Skullmonkeys of the most important aspect of all: fun.
Review Page Hits: 1 today (1,152 total)
mediahook