The sequel to the massive hit SSX3, SSX On Tour adds a few new tricks to the game yet somehow ends up much less polished. 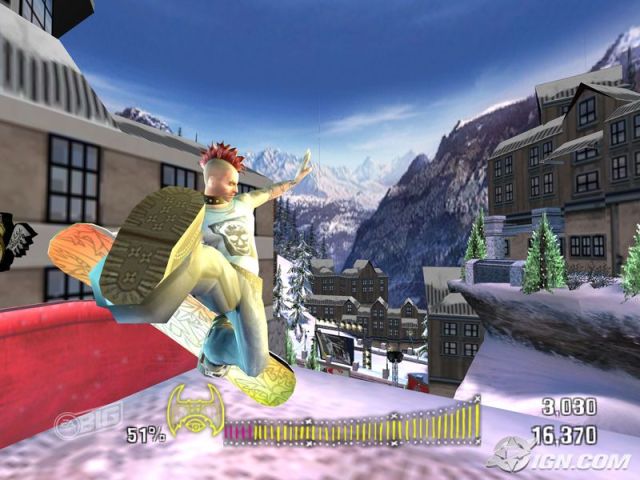 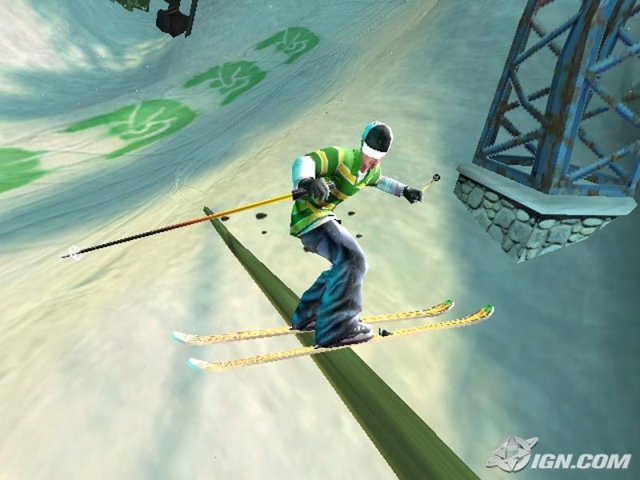 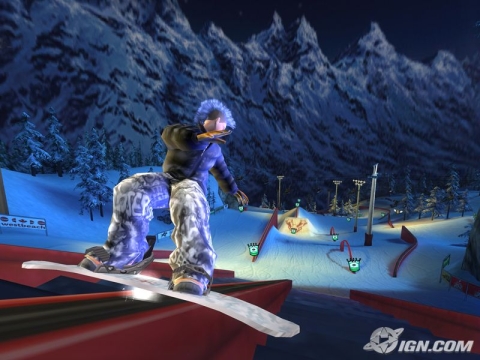 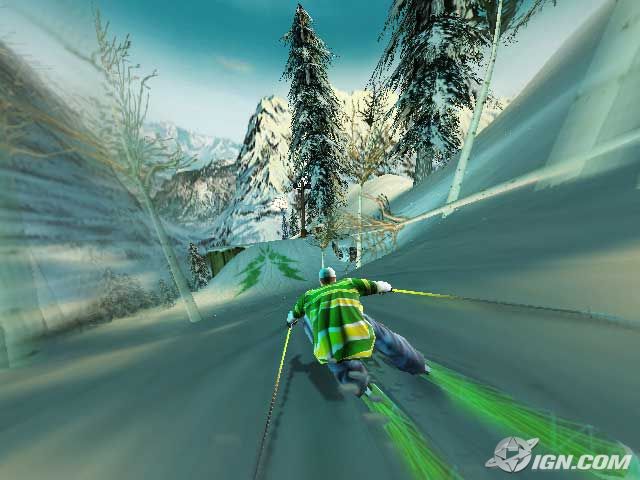 I've been an avid fan of the SSX series for quite a while, owning all but the first installment of the series. So naturally when I learned that SSX On Tour was being released I rushed to a store and picked up a copy.

The first thing I noticed (other than the catchy, sketch-style menus) was that I wouldn't be using my favorite character, Allegra, this time around. Instead you get to create your own character, which is good and bad. The cool side is that you get to customize him or her to your heart's desire; the downside is that they are strangely silent. Your character will not taunt others or cheer when victorious, something you may take for granted in previous SSX games.

Upon starting the "On Tour," the main mode of gameplay, I discovered the single greatest disappointment that this game has: there is no freeriding around the mountain. One of my absolute favorite things about SSX3 was the ability to just cruise around the mountain, which gave the game a much more realistic feeling. If you wanted to participate in an event you could either take the lift or just take your time and board down to it. This fantastic feature is sadly absent from On Tour.

My final gripe is the voices of the characters that you do encounter. Kaori's funny Japanese gibberish (at least for we non-Japanese speaking people) from previous games has been replaced by a harsh English speaking voice that can easily be summed up as "unpleasant." What the characters do say is generally less than interesting. Their total list of phrases seems to be quite limited as well, with each character only saying a few slogans apiece.

That's not to say that all is bad in On Tour. There are a lot of plusses that make the game worth your time. The addition of skiing is very entertaining, opening up an entirely different style of gameplay. The ability to do quite a few "Uber Tricks" (now referred to as "Monster Tricks") with a few sequential movements of the C-stick is a nice feature as well. This allows you to have several more super tricks at your disposal without having to change them back and forth in the lodge, as in SSX3. Another great feature for the game is the addition of casual skiiers. When you race on a course there will be random skiiers, boarders, and even kids on tubes sliding their way down the mountain. How do you deal with this? Swerve, knock them down, whatever is necessary. I thought this was a great touch as, honestly, who goes down an entire mountain by themselves with no other human contact?

Once again EA has hit the mark. Overall the game will offer both diehard SSX fans and casual gamers alike a great overall experience, but there remains a lingering feeling that this was more of a money grab on EA's part than a full effort sequel, Though it lacks that polish that SSX3 brought to the table, the new additions should give you ample reason to pick up a copy of this game.
Review Page Hits: 0 today (245 total)
mediahook