A Classic, yet Unique game that is essential for anyone who owns a Wii Console. 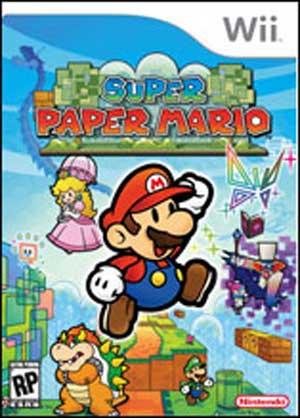 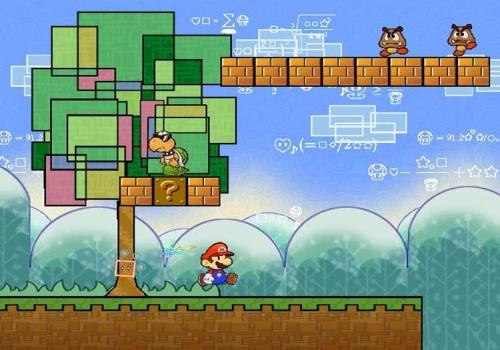 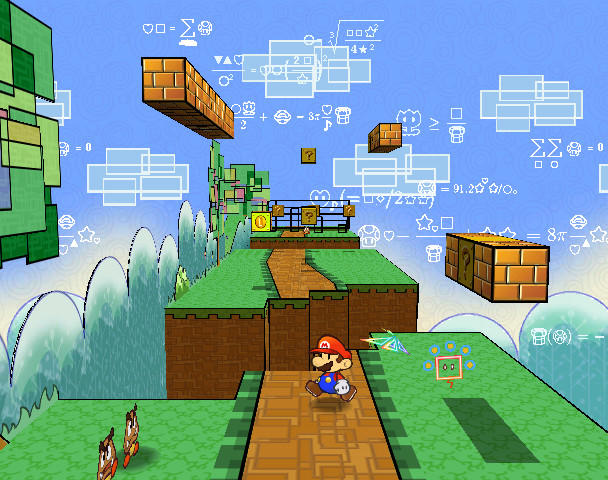 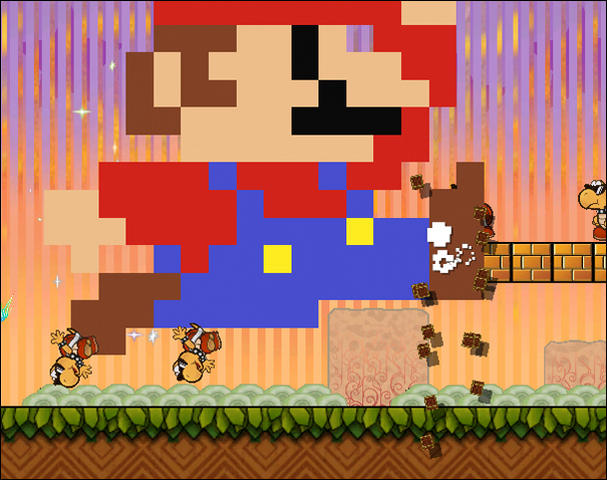 Super Paper Mario is an understatement. It should be called "The Best Paper Mario Game Yet." Super Paper Mario focuses on the classic Super Mario Brothers, yet includes so much more. Which means: New powerups, new mushrooms, new gameplay, new enemies, new storyline... The list goes on. Read on for more details on one of the best games for the Wii Console yet.

Story: The story goes like this: Count Bleck (bad guy) steals everyone except for Mario (Bowser, Peach, Luigi, Goombas, Koopas, you name it, they were stolen). Count Bleck tore through the fabric of space, and broke into Bowser's Castle. As Bowser was in the midst of capturing and holding hostage Princess Peach, Mario and Luigi show up (how convienient). As everyone is there, Bowser sends his minions after the brothers. Also convenient, Count Bleck shows up to take everyone away (except Mario). Mario faints, and is woken by Tippi, a Pixl. Everyone is gone. Tippi says it was Mario's destiny to defeat the Count Bleck, and stop Count Bleck from destroying the world. The story goes on from there.

Gameplay: The gameplay is all new, and isn't anything like Paper Mario: The Thousand Year Door. In The Thousand Year Door, it was a turn-based style of battle. Now in Super Paper Mario, its real-time. You have HP (Heart Points), and you can get hurt if you run into an enemy, get hit, etc, and your HP goes down. You also have a "Score" which is like experience. When your score hits the target number, you gain a "level." When you progress, your HP might go up, or Attack, etc. You also get Pixls in the game, which are just like fairies in the Zelda series. They are always by your side, and have certain abilities. One can turn into a bomb, create a walkable platform.. You get the idea. One of the coolest things that Mario can do, is go between 2D and 3D planes, meaning you can go from the original Super Mario Brothers style, to the Super Mario 64 style. By doing this, you can find hidden passages, read signs, sneak around enemies, and so on.

Use of Wii Remote: The Use of Wii Remote is simple. You hold it on its side, and use the +Pad to move, and the 1 button to use your Pixl's ability, and the 2 button to jump. You can also point the Wii Remote to "Pause" the game, and examine things. You can examine enemies to show their HP, or find hidden doors, and more. Also, you can shake the Wii Remote, to do certain things, such as wake up from sleeping by getting hit by a sleep-inducing enemy.

Graphics: The graphics, in my opinion, are stellar. They are not awesome, but are like older Paper Mario games. They have that flat, yet 3D, cartoony-like graphics. The graphics are unique, and deserve commending. The only complaint I have about the graphics, is that when you switch to the 3D plane, it is sort of barren, and boring. There is a rock here-or-there, but overall it is boring, and feels like you're in a field, or a desert.

Sound: The sounds are pretty awesome, and have you reminscing about older games. The soundtrack features remixed versions of old Super Mario themes. Of course, its nothing special, or ultimately heaven to your ears, but it gets the job done. The sounds are pretty basic, too, but they use them in a special way to portray a new look and feel for Super Paper Mario.

Should You Buy It?: Its all in your opinion. I would recommend this to any Nintendo fan, any platformer fan, or just plain anyone who wants a GREAT game for the Wii Console, possibly the best so far, right next to Zelda: Twilight Princess, of course. This game will definiitely be in my Top 5 for Best Wii Game. If you are unsure, and have a good coupon for a rental store, or don't mind spending the money on renting it, rent it first. But I'm sure if you went out and bought it now, and played it for 5 minutes, you'd be hooked on it.

In conclusion, Super Paper Mario is one (and will still be) of the best games for the Wii Console. So what are you waiting for? Check my links I submitted and GO BUY IT!!!
Review Page Hits: 0 today (348 total)
mediahook