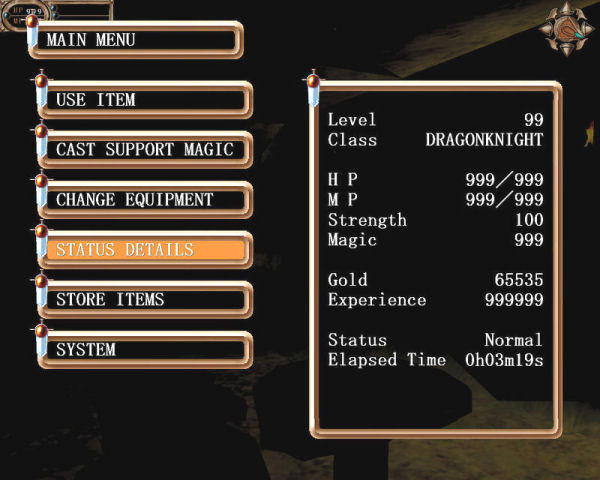 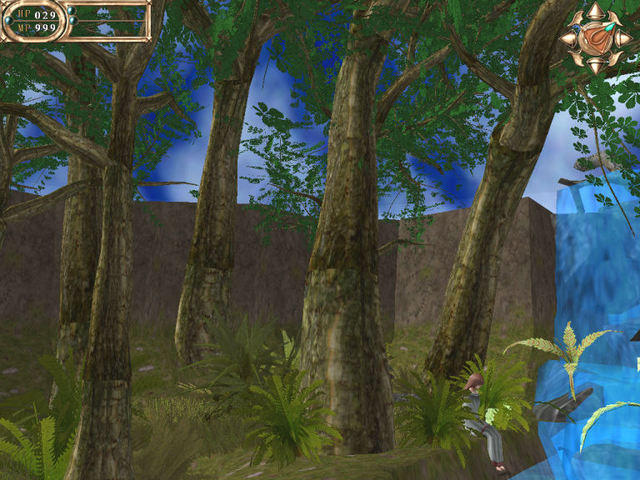 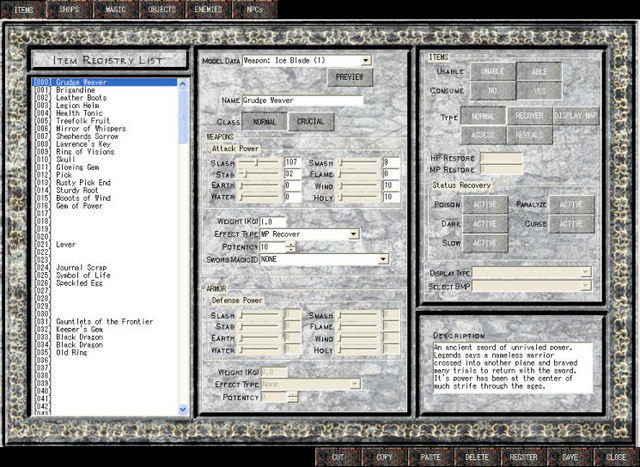 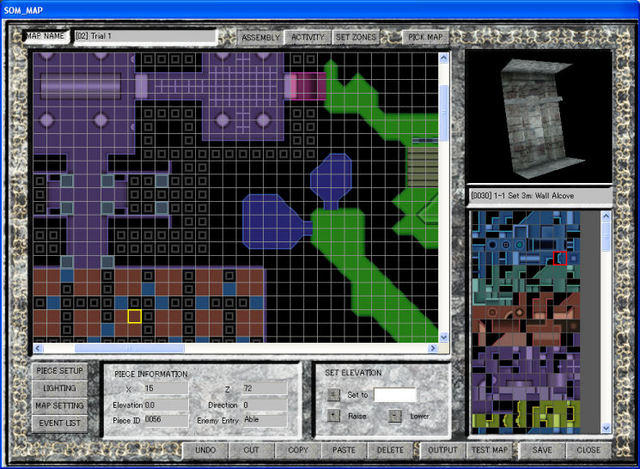 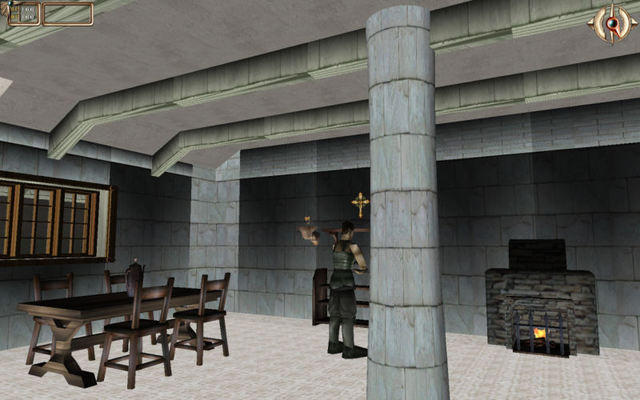 What the heck is Sword of Moonlight!?
Sword of Moonlight is a Japanese game-designing software for the Windows platform which lets you construct 3D games that can be played independently, without having Sword of Moonlight installed. Fortunately, a fan made a patch that is free, which will fully translate it into English. While it's features are customized to a King's Field theme, it has considerable room for versatility. For those who don't know, King's Field is a Playstation game series made by 'From Software' with a fantasy dungeon exploration theme similar to the Elder Scrolls series. Sword of Moonlight also includes a full remake of the original King's Field (Japan) game made using the SoM engine.

Summary:
Sword of Moonlight is well designed and easier to master than most other game makers I've tried including the Elder Scrolls Construction Set. You can quickly make a simple game or spend more time setting up complex scenarios and customizing parts. From Software (SoM's developers) released a free set of import/editing tools which can be downloaded on their site. These tools let you re-texture/edit many parts that come with SoM and even import completely new 3D parts in standard Microsoft 3D X format. It can also play custom video (AVI) or music (WAV/MIDI) files creating nearly limitless possibilities to bring your game vision to life. There are a few quirks in the program, (for instance the duration setting for spells which the player casts on himself won't save) but all of them either have workarounds or just take a little getting used to- but that's the reason for the lower score under learning curve.

Making a game:
Like any game maker, you can't expect to sit down, spend half an hour clicking a few buttons and create an epic game. It takes some time and thought to make a good game but Sword of Moonlight is much easier and faster than any other game maker I've used. With SoM, a basic game can be completed in a few days since many aspects of the game are set at a default which can be left as-is, or you can spend longer and customize every aspect of the game. Most variables in SoM can be quickly adjusted by moving sliders, pressing buttons or selecting options from drop down menus.

Designing Parts:
Most elements that appear in the game (items NPCs etc.) are designed by selecting a 3D model from a drop down menu and then moving a set of sliders to decide the details for the part like its attack, defense, function or size. SoM comes with many different 3D models for weapons, accessories, armor, enemies, NPCs and general objects (doors, chests etc). King's Field fans will recognize many of their favorites like the Sword of Moonlight and Reapers but there are also plenty of new and general parts like griffins, shelves, lamps and undead. One thing that SoM is notable lacking is outdoor decorations like plants and trees, but there are quite a few fan-made outdoor parts available for free download online.

Building Maps:
Maps are assembled on an 'overview grid' view using a set of pre-made pieces that are designed to fit together in many different ways. The individual map pieces can also be raised, lowered or rotated to create various land or room formations. Most of the map pieces are designed to create indoor dungeon or cave type maps, but there is a group of pieces that can make outdoor areas as well. Once a map is made, various settings can be changed to customize things like its lighting, weather and background music. Parts like items, enemies, NPCs and objects are then placed on the maps.

Making stuff happen - AKA Setting Up Events!:
Most things that happen in the game (like NPC's talking, shop opening or initiating a save point) are controlled by 'events'. Events are set up by choosing a set of commands that will be performed when the event is triggered. So, for instance, to get a sign to show a message when examined in the game, you would attach an event to the sign, set the event to trigger 'When Examined', add the command 'Display Message' to the event, and type in the message you want to display. Any number of the 39 available commands can be added to an event in various orders to pull off some very creative gameplay scenarios- things like paying the player for every creature of a certain type they defeat, having different endings based on player behavior, or setting up complex variable responses for NPC speech. It's likely that you will start by using the event commands in basic ways and gradually build up to using the more complex functions.

Playing a game you made:
While you're making your game, you can test play it at any time with the push of a button and when you're ready, Sword of Moonlight builds your project into a self-contained game which you can take to a friends house to play, or share with people online. The games created with Sword of Moonlight support joystick input and any resolution including widescreen (without stretching).

Compatibility:
For a game released in 2000, Sword of Moonlight has surprisingly few compatibility issues and it runs perfectly in both WindowsXP and Vista. Some 3D previews in SoM have problems displaying with fast video cards which can cause the map editor to close shortly after it's opened, but there are several easy workarounds -such as temporarily disabling 'Direct3D Acceleration' in DirectX.
Review Page Hits: 1 today (356 total)
mediahook