Top Spin 3 is somewhat enjoyable, but fails to serve up an ace 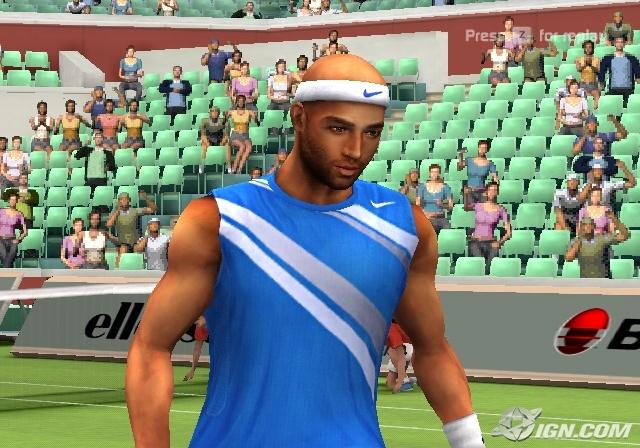 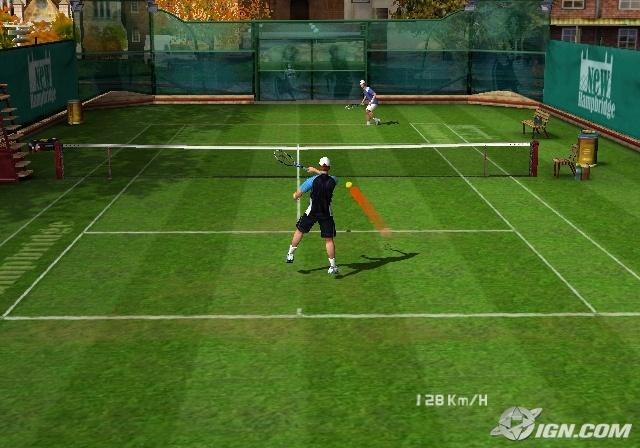 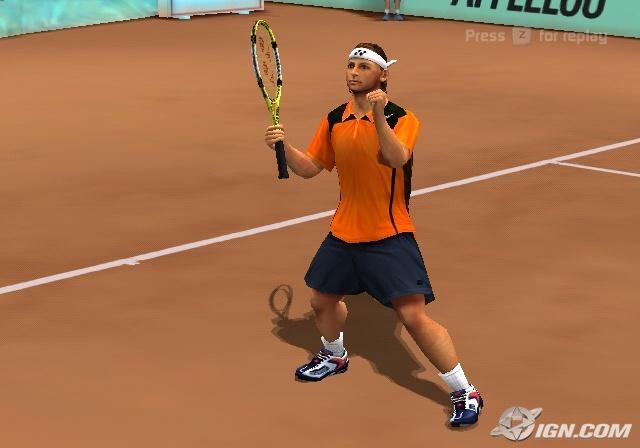 Now that Top Spin 3 is out for the Wii, gamers have the opportunity to experience a more realistic version than the one featured on Wii Sports. It features actual professional players, such as Roger Federer and Maria Sharapova, actual tennis courts to play on, despite lacking Raphael Nadal and Wimbledon.

In order to play the game you have to hold the Wiimote on its side with your index finger on the B button, which seems to simulate holding a tennis racket fairly well. Unlike Wii Sports Tennis, you utilize the nunchuk to move your character, as well as modify the type of shot you hit. As would be expected, in order to hit the ball you have to swing the Wiimote. Depending on how you choose to swing the Wiimote, you will either perform a defensive slice, a shot with top spin on it, lob the ball in the air, or hit a drop shot. If you time your swing right and match the movement of your character, you get extra power on the shot, indicated by a white, yellow, or red tracer. If the ball is hit in your character's general direction, once you begin to swing the Wiimote, the character will automatically place itself in a position to hit the ball, otherwise you have to move your character to the ball with the analog stick. When I was first learning to play the game, I found this frustrating, because once you start your swinging motion, you no longer have control over the character's movement until the ball has been hit. I often found myself running into the ball, or moving out of place and missing the ball. You eventually get used to this, and for the most part, it works well. Occasionally, the Wiimote doesn't pick up the correct motion, and you end up hitting a slice when you want top spin on the ball. This can get annoying at times, and if it occurs a few times in a row, it can be downright frustrating when a rally that should have been won is prolonged. I also had issues when a ball that appears hittable is missed because of the character's automatic movement caused it to slow down right before reaching the ball. This only occurs on shots that are hit far away from the character, but when you're running at full speed and the character suddenly slows down before reaching the ball, it can get on your nerves. Despite these slight problems, the controls do work well, though I feel as though they could be tweaked a little bit to make the game better.

As far as the gameplay goes, it's decent, but it feels a bit lacking, making you feel as though something is missing. Unfortunately something is actually missing, there is no career mode. You can either play in Exhibition mode, Road to Glory, which is probably a feeble attempt to replace career mode, and of course, as should probably expected of a Wii game there is a Party mode. In Exhibition, you can play against the computer or up to four players, so that can offer up some multi-player madness if you have a few friends over. There's no online play, so you'd need some friends there in person to get some human competition going. Road to Glory has 11 different mini-tournaments, which have varying modes of play. Some tourneys may be played solely through tie-breaks, while other would be played in standard set-point fashion. When you start a mini-tournament, you generally have a couple of matches to play reaching the final. If you win the final, you open up another event until you reach the 11th and final tournament. Unfortunately, this doesn't offer up much in terms of depth for the gameplay and it leaves you feeling as though the Road to Glory could stand to be a more interesting road trip. In Party mode you have a couple different modes to choose from, but nothing that particularly stands out. The tennis experience offered by Top Spin 3 is better shared with friends in Exhibition, because if you're stuck playing the game alone, the computer AI won't give you too much of a challenge, even on the hardest difficulty.

Despite this shallowness in gameplay modes, when you are actually playing a tennis match, the game is actually a fair bit of fun. The pace of the game is good and it's possible to get some intensity out of a well fought rally. But, one of the major problems I have with the game is the interactive scenes between each point. After a rally has been completed, you hold the B button and the gesture you make affects what the character onscreen does to celebrate. At first this is somewhat amusing, but you soon begin to realize that it's pointless and annoying to see this animated scene after each and every point. Thankfully, you can skip these scenes, but it's still annoying that you have to do so. If this animation took place after winning a point in the set, or after a completed match, it wouldn't be so bad, but after every point is simply unnecessary and breaks the flow of the game.

Graphically, the game is hit and miss. The courts themselves look fine, if not basic, the characters move fluidly, and you can recognize the players easily when their faces are shown onscreen. However, the faces don't exhibit much humanity and you feel like you're playing the game through a puppet that lost its passion for the game. In the animated sequence between each rally the character's face remains wooden regardless of victory or loss. But, the game's biggest visible graphical gaff can be seen in this animated sequence when the crowd is visible. When you're playing in a venue with a large crowd, it's painfully obvious that no effort was made to make the crowd seem anywhere near realistic. The people in the stands are very simple pixelated people with extremely choppy animation that even the SNES could be put to shame. Now, to be clear, I am not a person who thinks that graphics make the game, but this seems a bit ludicrous. To see a fairly realistic tennis player celebrate in front of a reject SNES audience is simply bizarre. I may be being a bit harsh here, because in no way does this affect your actual gameplay, but aesthetically speaking, it's a definite miss.

The sound in the game is nothing spectacular either. The sound of the racket hitting the ball is heard through the Wiimote's speaker, and is actually quite decent. When a player swings at a ball, it merits the occasional grunt or scream, although the voices sound like they were taken from a stock collection. This is made especially clear when playing as Maria Sharapova, since she has a distinct scream when she hits a tennis ball in real life. When the crowd cheers after a point, don't expect to feel like the stands are full either. Perhaps they are exhibiting as much passion as pixelated people can, but it doesn't sound like a large crowd of people watching a tennis match. The other gripe I had with the sound was when I was reading the tutorial section on the main menu. At first, the music was decent with a lively vibe to it, despite not being in my particular style. But, when the song finished, it began playing again, and again, and again. This quickly got on my nerves and now, whenever the song plays when I'm on the main menu, I cringe. Not a huge issue, but to my knowledge, shuffling songs around never hurt anyone.

All in all, despite its flaws, Top Spin 3 for the Wii is a decent game. It will take care of your tennis fix for a little while, and if you have friends over, some good tennis can be had. Expect to have to learn the game's control scheme and timing before actually enjoying the game as well. I can't say the one player modes will keep you coming back for more, but Road to Glory can give you something to do if you simply feel like going through the motions of unlocking the championship tournaments. Just don't expect to be playing in front of a beautiful crowd.
Review Page Hits: 1 today (218 total)
mediahook