The "W" Stands for Winner 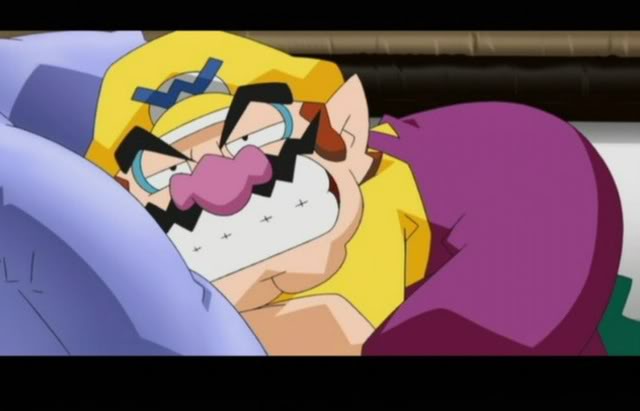 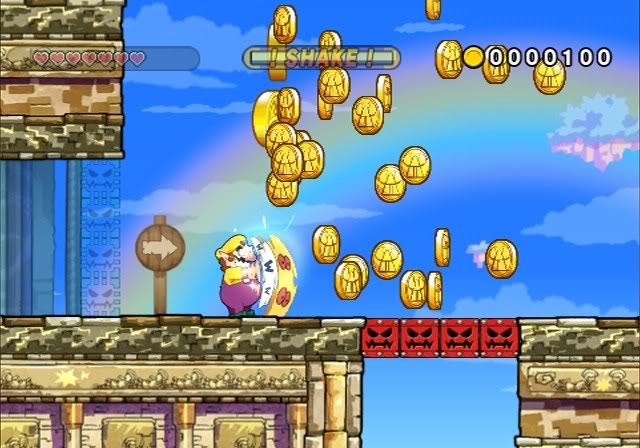 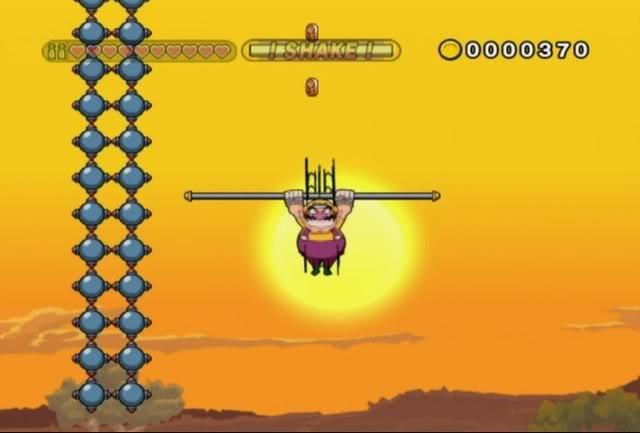 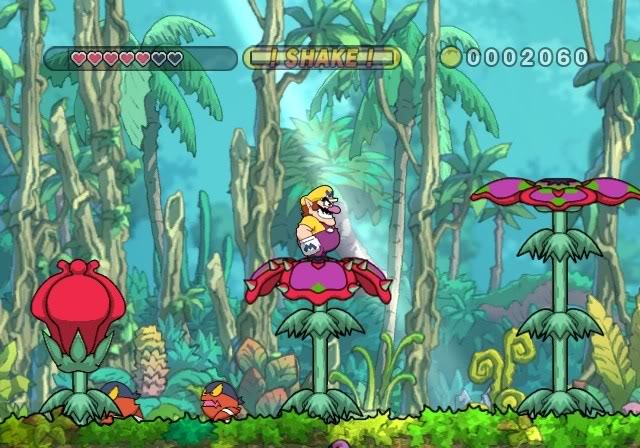 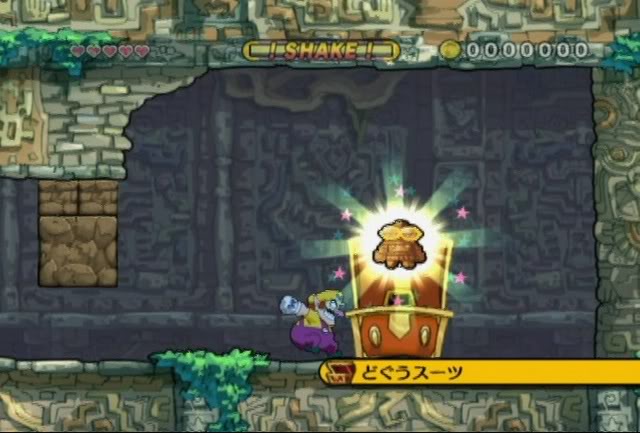 Wario must have had one serious hangover from all the partying he's been doing to make a return trip to Wario Land after all these years. If you mentioned the name Wario to the unsuspecting Wii owner, maybe the first thing they'd think of would be the Warioware line of microgame installments. Perhaps Wario was getting a little peckish and wanted to star in a game with enough content that he could sink his teeth into. Well, Wario, your wish is granted. Enter Wario Land: Shake It!, a 2D platforming adventure for the Nintendo Wii. Not only will he want to shake things up in the game, but maybe given the news of this game being good, Wario will want to shake what his momma gave him, too, in celebration.

One day, Wario comes across a special package, a mystical globe. Turns out this not-so-ordinary antique is a gateway to the land of Yuretopia where the evil Shake King (har-har) has taken over with an iron fist, capturing the queen as well as her humble friends. But who cares about all that? As soon as Captain Maple Syrup mentions the grand treasure stolen, a special sack that when shook has a never-ending horde of gold coins to share with the lucky owner, Wario high-tails it into uncharted territory; his greed his only motive. Besides, heroism is for chumps!

Even though only the Wii remote, held sideways NES-style, is used to control Wario, the penurious plumber has a fortune in moves which are all available to him at the beginning of the game. The control is quite responsive with Wario being able to effortlessly turn on a dime. Well, maybe factoring in his... large girth, I should say Wario is able to effortlessly turn on a 1955 silver dollar. Regardless, it's exceptionally tight control. You're basically just using three parts of the controller: the d-pad, the 1 & 2 buttons, and the accelerometer of the controller itself. Wario can shoulder tackle to either knock away enemies or to just make better time. He can ground pound from high heights or use red machines that send Wario jetting across the ground and even over water to shatter otherwise impenetrable stone blocks, and he can perform numerous tricks with a shake of the Wii remote. When the shake meter on the top screen is full, Wario can slam the ground with his mighty fist, making all nearby enemies dizzy. He can then grab smaller enemies, shake them, and with a tilt of the Wii remote, toss them at a given angle. Money bags are scattered around the levels of Wario Land, and when Wario picks one up, you can shake the Wii remote up and down to empty its rich contents. See? THAT is considered waggling. Waggling isn't making gestures with motion controls, kiddies. There's also various contraptions such as rockets, cannons, and Wario's patented Subwarine which are all controlled via tilting of the Wii remote. To be honest, it'd be much more precise and easier just to use analog for the majority of the contraptions, as there's been multiple times when an aimed cannon would switch pitch at the very last second, messing up Wario's trajectory completely.

The main goal of each level is to reach the fairy-like prisoner trapped in the furthest reaches of the level. Once Wario arrives there and picks up and shakes open the fairy's miniature holding cell to liberate the creature, a timer begins to count down. Wario must then escape the level using either an entirely different path to the entrance or backtracking much more slowly to depart the level. If the countdown reaches zero, Wario gets captured by the Shake King. Of course, unless you're really screwing around during the countdown, this scenario should be rare if not ever occurring.

Which comes to the point that if you're just playing this game by running through all of the levels as fast as possible: 1) the game will be quite easy, 2) it will only last you five hours or so, and 3) you're doing it wrong. Coupled with the task of rescuing man-faeries or whatever mystical things they are, there's also three treasures hidden in each level as well as a list of missions to meet. The treasures start out as quite simple to obtain, placed in obvious locations to see and to reach. In later levels though, the treasures are placed in very obscure, sometimes puzzling locations. Puzzling as in "how the heck do I get to THAT" and not puzzling as in "what the heck were these developers smoking putting THAT there". It'll take some of, no, ALL of Wario's cunning to snatch them. Additionally, there's multiple missions/challenges to complete, from the beginning levels that have a trio of conditions Wario can try to overcome, to the later levels that may have up to seven or eight. These conditions need not be met all in one go as some levels have missions that can only be solved on a separate run through a level. This is where the main challenge of the game comes in. You have your easy missions asking Wario to bounce off the head of a certain enemy, and then you have your more difficult ones. For example, missions where Wario is asked to: not take damage throughout the entire level, not defeat any enemies, not fall into any water, break all of a certain object in a given level, and so on. The two most prominent missions which are in every level's collection of challenges ask Wario to reach the exit within a certain amount of time and to collect a certain amount of coins. Finding the fastest, most efficient path to the entrance of a level after rescuing the level's captor isn't always a simple matter. It'll most likely take multiple tries and attempts before the correct path is found as well as how to nail the run without screwing up. Likewise, collecting a certain amount of coins requires Wario to explore every nook and cranny of a level which someone just playing Shake It! by blazing through the game would never be able to experience, unfortunately. After beating the game, boss missions pop up which require Wario to beat a given boss without taking any damage. Yeah... not so elementary, my dear Wario.

The levels themselves are full of wonderful variety. The only time a backdrop or theme is recycled is during the many secret levels. Fortunately, these are recolored, so they look quite different. This means that any senses of déjŕ vu will be minimal at worst. Wario will be trekking through ancient pyramids, sky high palaces, tropical jungles, lush plains, boarding out-of-control trains, and visiting dusty mines-- and that's just the tip of Wario's nose in terms of venues to explore. There's nary a level that focuses on a gimmick that isn't used for the rest of the game. Yeah, I'm looking at you, Donkey Kong Country. Wario will be swinging on ropes, being blasted out of canons, vaulting from horizontal poles, and display his true adventurous side that's been dormant during his Warioware days. All that exercise, and you're starting to become quite the looker, Wario.

Speaking of being quite the looker, Wario Land is just a work of art. Everything from the highly-detailed, highly-stylized, highly-beautiful backgrounds, levels, and characters to the fluid and perfectly-executed animations of Wario and the gang is top-notch. It's like you're playing a living, breathing, fully cohesive cartoon. It's just a work of art, and it's all hand-drawn. Opening and ending cutscenes bookmark the entire game. All of the animation and cutscenes in the game were created by anime juggernaut, Production I.G. whose work ranges from Ghost in the Shell to The Prince of Tennis. An annoyance that some players have been experiencing is a lack of a true 16:9 display. To my understanding, this would mean that more of the screen would be revealed to the player meaning some secrets that are supposed to be hidden would be in plain view. At the very least, there is a fabricated 16:9 view which puts two vertical borders on either side of the screen. Better than nothing. The soundtrack is yet another bounty of the bodacious. The majority of tracks are extremely catchy, hummable, and fun to listen to in and out of gameplay. If I had to pick one genre for most of the music, it would be jazz. There's also a couple of remixes from past Wario titles such as Glittertown using a Wario World theme. This is no surprise as the composer, Minako Hamano, was the lead composer on that game. It's also no surprise that the soundtrack is masterful because Hamano has had plenty of other soundtracks under her belt such as having a role in Link's Awakening, Super Metroid, and Super Smash Bros, Brawl.

Wario Land: Shake It! is an interesting specimen. Those just looking to breeze through the game will not experience or appreciate the clever level design and how the path to the captor compared to the path of escape inventively intertwine between one another. The most challenging platforming puzzles for the player only occur during a hunt for a treasure or an attempt to clear a mission. If one just ignores all that, then their experience will greatly be affected and negatively so. For everyone else, especially completionists, they will love searching every inch of every level, plundering treasure and coins, unlocking the twelve bonus levels, as well as taking on the exhaustive amount of basic to merciless missions that accompany them. In the eyes of a 2D fanatic, Wario Land: Shake It! is a treasure that even that famed bottomless sack of coins can't even hold a clove of garlic to.
Review Page Hits: 1 today (319 total)
mediahook