An underpriced bundle for the Wii Zapper, a spin off of the Zelda series to boot, that delivers a lot of entertainment 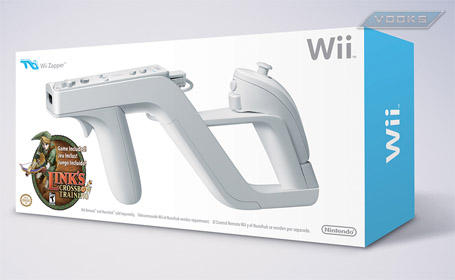 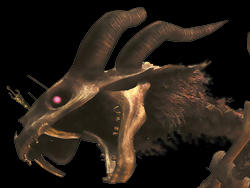 This is my review for the Legend of Zelda Links Crossbow Training with free Zapper Controller. System: Wii MSRP $19.99 Rating: Teen

I was delighted to get this game for free with my 25$ toys r us giftcard I got for pre ordering galaxy there. But either way its cheap, only 20$ for this game packaged with the wii zapper. First let me talk about the packaging, the wii zapper is basically a plastic shell with an added trigger, nunchuk cord storage, that you hold the wii remote and nunchuk in. The game comes packaged in a wii sports type case, not a full case. Now lets talk about the game, the game consists of 9 levels, with 3 stages each, the main goal is racking up a high score on each level. How you do so is by finding secrets such as golden rupees hidden in pots, bonus targets, or fairys, but the main way to do so is by racking up a combo by hitting a number of targets/enemies in a row without missing.

Now the cool thing about this game is there are a variety of different stages with its own secrets. While the first stage always involves shooting targets in some form, the game still mixes it up quite a bit. Sometimes it will be just targets popping up, or you will be riding on Epona shooting targets, or shooting targets as they fall down waterfalls at Lake Hylia, etc. It never gets boring. Stage 2 usually involves a defend type game where link is stationary in the middle of a circular area and you must shoot at enemies coming at you from all angles, but luckily, Link can rotate 360 degrees on these levels and is equipped with a radar. Also, there might be a few flashing green enemies, taking one of these bad boys down gets you 100 arrows for an automatic power up that turns Link's crossbow into a bad ass machine gun, thats right Wolfos, take this dog (ahem, now back to the review)! There are a few times where you are on a vehicle (horse carriage/boat) and must protect it, shooting at enemies while it drives, but don't worry, there is no 360 degrees of terror.

The third type of mode is Ranger where you move with the nunchuk while shooting. While this mode is awesome, the controls can get frustrating, and it's very hard to rack up points on these stages. It is still fun though, I especially love the recreation of the Twilight Princess Hidden Village Shootout. There is also a bomb arrow attack if you charge down your shot for long enough, which is especially effective on armored enemies.

What never ceases to amaze me is the amount of secrets in this game, it's pretty mindblowing. Add in a few bosses, and medals including bronze,silver, gold and platinum for the awards, and youve got yourself a pretty enjoyable experience. Now is there possibly a stage 10 for all platinum medals? I have yet to find out.