This joystick no longer functions with the PS3 due to PlayStation update 3.5 in late 2010. 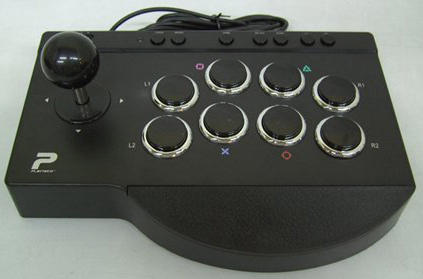 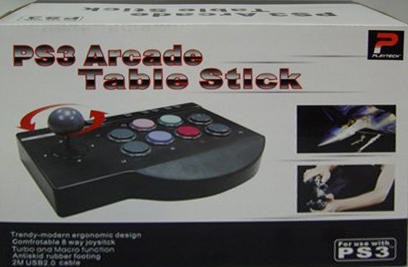 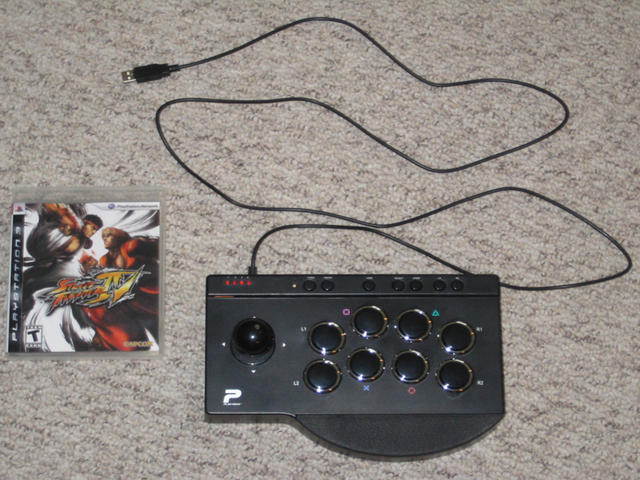 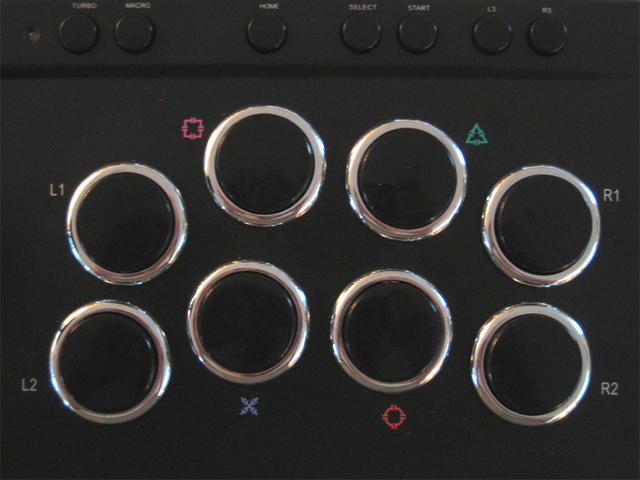 UPDATE: The PlayStation 3 3.5 update in late 2010 made this joystick no longer function.

The PS3 Arcade Table Stick was an 8-way joystick with a 6 foot cord, Home button, turbo and macros buttons, and L3, R3, select and start buttons on the top. The Start button is in a great position and easy to reach up to and push to move game screens along.

The stick has a square gate, meaning the joystick moves in a box not a circle. The square gate made it interesting and fun to play 2D fight games cause I knew the move I put in, say down and back was input correctly. From what I heard the US arcades use circle gates and Japan uses square gate joystick. I haven't totally made my mind up about which is better yet, but it might be difficult playing an old school side scroller or other type of 2D game with the square gate. I may be wrong about this.

The cord is about as long as I am tall; 6'2 inches, but it is short and when I use the stick I have to move my chair closer. The entire box set up is light and comfortable to play with lying in your lap.

There are Turbo and Macro functions. Any button can be set to turbo and there are two speeds. You can use the macro function to set up a maximum of a fifteen step button combination set to any button. There is no memory though so you have to set up the button functions the next time you play that game. You can't turbo a macro but you can prolong or shorten the input of a macro. Makes a hard finisher easy to pull off.

This product is made in China by/for Playtech, but the same product is also branded/made by Subsonic. If it ever brakes there are plenty of suppliers for replacement buttons and parts for joysticks but opening the box may be the hardest part because there are no screws or holes. The stick and action buttons do not feel particularly durable but I wouldn't call the entire package cheap. Like I said it is my first joystick. The buttons are silent but the joystick clicks.
Review Page Hits: 1 today (1,224 total)
mediahook