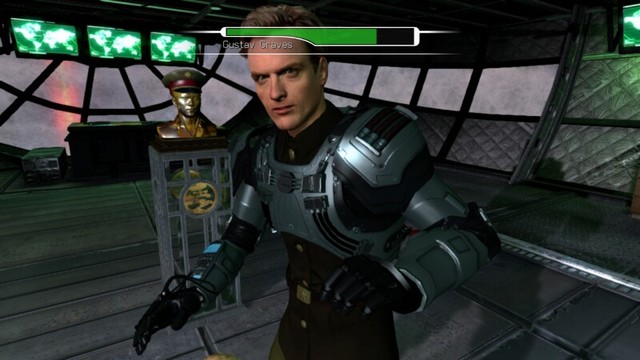 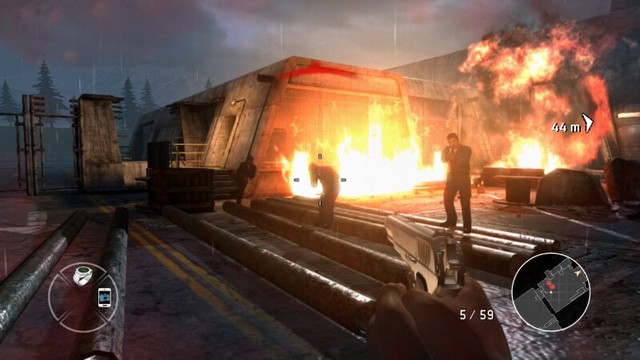 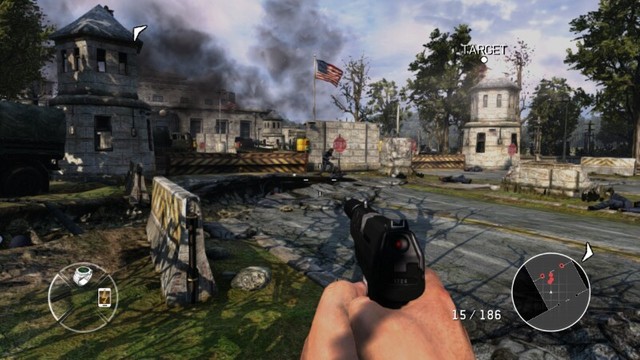 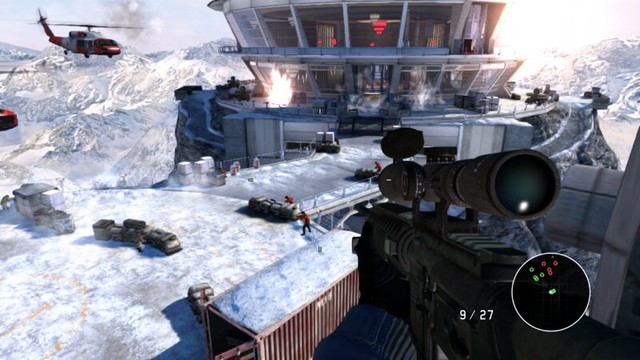 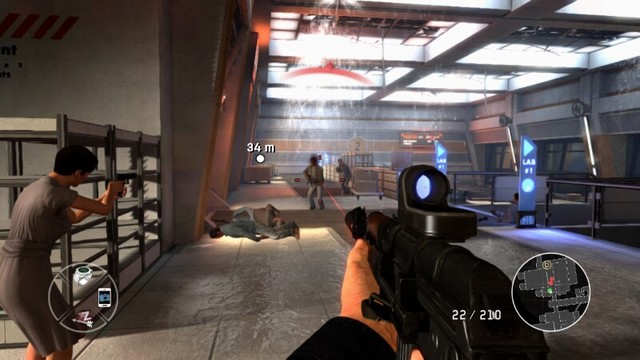 The James Bond film franchise might have celebrated its fiftieth anniversary last year, but old 007 is looking smoother, sharper, sexier and better than ever. Too bad the same can't be said anymore about his licensed games. 007: Quantum of Solace and even Blood Stone were admirable attempts of Activision's studios bringing Bond to current generation systems. The Wii's GoldenEye 007 is not just a great shooter for the system, but it is a great shooter in general. The same team behind that game, Eurocom, created a special game featuring everyone's favorite smooth-talking spy for Bond's fiftieth anniversary, 007 Legends. Let's just say the world is not enough to ask me to go back to this game after playing it through once.

007 Legends takes Daniel Craig's version of James Bond, though noticeably without his actual voice, through missions based on one of each past Bond actors' films: Sean Connery's Goldfinger, George Lazenby's On Her Majesty's Secret Service, Timothy Dalton's License to Kill, Pierce Brosnan's Die Another Day, and Roger Moore's Moonraker, in that order. To say that Eurocom took great liberties with how each film's plot is portrayed to fit video game form is an understatement. Someone can correct me, but I don't think James Bond ever went toe-to-toe with a U.S. Army tank at Fort Knox in Goldfinger.

Another issue is that there is no cohesion between the different movies. 007 Legends starts with James Bond battling a target on top of a speeding train. Bond's partner mistakenly snipes him in the chest, having him fall off the train and far down into the watery abyss below, as seen in the opening gambit of the movie Skyfall. The missions played out in 007 Legends are merely memories that Bond has while submerged underwater, and they have no logical adherence to one another. For Goldfinger, for instance, you are thrust in a scene with a dead woman, covered in gold body paint. If you haven't seen the original movie, you probably don't have any clue as to what is going on. This is an issue throughout the entire game, being placed into scenes without context. It just feels like a fragmented, poorly put together way of putting players into each film.

007 Legends feels less like a James Bond game and more like a Call of Duty clone. The majority of the time you're tasked with moving and mowing through corridors and rooms full of enemy fodder. The game gives advice that you can use stealth to get through rooms without conflict, but it's honestly not worth the trouble, because stealth is so clumsily executed in the game that it's better to just act like The Terminator, going in guns blazing, rather than a secret agent.

Unfortunately, there are segments in 007 Legends that are critical stealth areas. This basically means that if you raise the alarm, you have to restart from the last checkpoint. These are particularly annoying, as has been stated, the stealth in the game is not up to par. You can't even move fallen bodies, which results in an enemy coming in contact with their dead or unconscious comrade and sounding the alarm.

I understand that Eurocom felt the need to add these segments to prevent a sense of ennui from settling in, but they're just frustrating. Regardless, 007 Legends still feels like it has a license for repetition. How many times can we possibly search the main bad guy's office for clues? I swear, 007 Legends has more offices than State Farm. How many times must we enter a QTE-fest Punch-Out!-esque mini-game to topple a boss? And how many times must we deduce passkeys and hack open doors with our phone? If the shooting down foes through room after room does nothing for you, then neither will these aforementioned tasks. There are some mechanics that switch things up, such as skiing down a slope, evading bullets and trees alike, or picking off enemies from a helicopter, but these more creative forms of gameplay are few and far in-between.

Each film comes with two or three missions to slog through. However, completionists can look into collecting intel strewn about the levels, revealing information about the enemy groups, villains and other characters in each movie. Unfortunately, even here 007 Legends fails, because levels are just way too long. Yes, you can quit mid-level and pick up at the checkpoint where you left off, but if you missed one piece of intel in a given mission, you have to play through that entire level just to collect it. Seeing how most missions take anywhere between a half-hour and an hour to complete, this is a huge inconvenience.

One positive contribution to the campaign is the addition of earning experience points for performing tasks and accomplishing challenges. This XP can be used to purchase weapon upgrades for 007's arsenal, gadget upgrades, as well as attribute boosts. Spending XP is completely optional, but it does make the game a bit easier in difficulty.

Outside of the solo experience, there is multiplayer for up to 12 players online. The modes are rather inventive, but like the scalp of a current day Sean Connery, the activity online is quite bare. It's next to impossible to set up games in any mode besides Team Conflict. It's a shame, too, because the multiplayer is great fun online. Thankfully, there's local multiplayer available, offering split-screen carnage for up to four players. It's something a lot of first-person shooters nowadays skimp out on, so it's lovely to see it present in 007 Legends.

It's an absolute shame that Activision's fourth and final game with the James Bond license is such a travesty. There's little incentive for the player to continue plowing through wave after wave of enemies in a Call of Duty clone-like fashion. The mission structure is too linear to entertain for long (I, personally, would have loved to see missions set up with multiple objectives that could be completed in any order rather than what we have now), the stealth elements are poorly conceived and even more horribly executed, and the presentation just feels less than status quo-- certainly unbecoming of the James Bond name. While 007's legendary anniversary went off without a hitch, 007 Legends will leave an awful taste in players' mouths-- one that a martini that is shaken and not stirred won't be strong enough to cover up.
Review Page Hits: 0 today (1,119 total)
mediahook