An excellent improvement on an already great series of games. 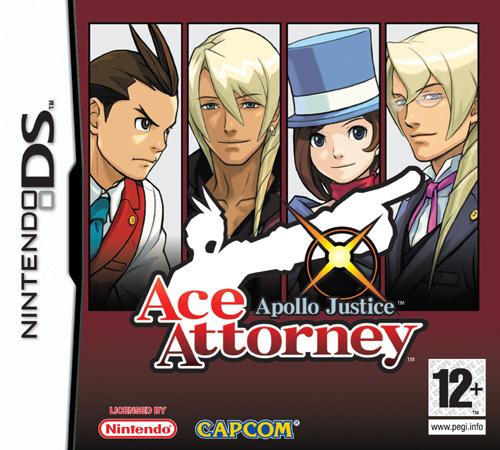 I recall first beginning the Phoenix Wright series of games. I'll admit, I was skeptical at the concept of a "game" in which you play a defense attorney defending clients in a courtroom, but I immediately fell in love with the quirky humor, strange (but likable) characters, and, of course, being able to shout, "Objection!" at my DS.

After finishing the Phoenix Wright series, I didn't want to play Apollo Justice, mainly because I didn't like the way the main characters, Apollo and Trucy, looked. Once I began the game, I learned to look past that, as the same humor, characters, and "Objection!"s awaited me.

As far as I understand, this was the first "Ace Attorney" game built from the ground up for the DS. As such, some video clips were added for the furthering of plot, and the graphics were improved from the original series, built for GBA. The gameplay of Apollo Justice is very similar to Phoenix Wright - you defend clients in court, usually defendants in murder cases. You investigate the case to find evidence, which you then present in court to earn your clients a "not guilty" verdict. Penalties are included for presenting the wrong evidence or making inaccurate claims.

The first time I shouted, "Objection!" at my DS and saw my choice was correct, I fell in love with the voice-response aspect of the Ace Attorney games. A new voice-response component was added to Apollo Justice - Apollo has the ability to see a witness's nervous habit when the witness lies, and upon catching it, you pinpoint it with the onscreen viewfinder and shout "Gotcha!" This was a great addition to the game, although finding the witness's "tell" was frustrating at times.

As far as difficulty, I found the first case to be relatively simple, but still a challenge to find exactly what evidence to present at the right moment. The cases became more and more complex, with many more twists and turns as the game progresses. I will admit at times I became frustrated with being forced to present every single piece of evidence to every single person during the investigation sequences. Those have always, to me, been the weakest and least enjoyable parts of the game.

The real fun comes in the courtroom. There is something deeply satisfying about finding contradictions in a witness's testimony, and even more satisfying in raising objections that further the trial towards a "not guilty" verdict for your client.

Overall, the game is excellent. The gameplay is, in a way, repetitive, but the different scenarios in the cases you work on negate that. The story is wonderfully well written, with pleasant surprises and not-so-pleasant plot twists; though sometimes the outcome of a case is predictable from very early on in the trial. It takes a decent amount of time to finish the entire game (made up of 4 in-depth cases), which to many gamers today is an essential element for enjoyment of a game. The characters are interesting, and the development of the characters is very well-done. The replay value is moderate. True, you will probably remember the outcome of the cases as you play through them again, but the exact details may be hazy, so it will be fun figuring things out again; besides, you get to relive all the quirky humor and pop-culture references Capcom has always been so good at incorporating into these games.

Oh, and the fact that when Apollo is exasperated he looks like Dan Hibiki is always good for a chuckle.